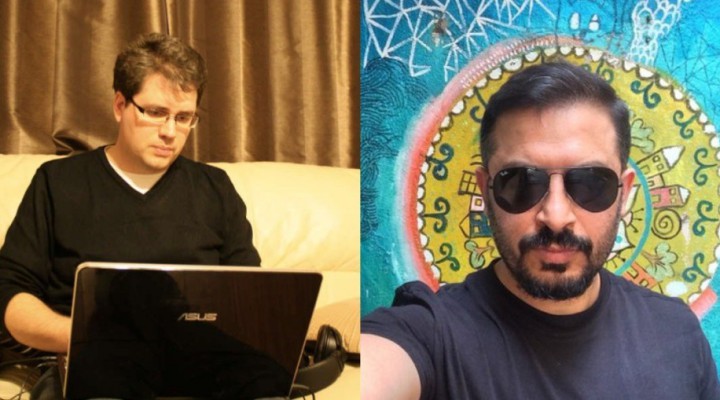 It has been about a week since the Working Group on Syria, Propaganda and Media (WGSPM) published a leaked internal document from the Organisation for the Prohibition of Chemical Weapons (OPCW) investigation into an alleged chemical attack in Douma, Syria last year.

The document, whose authenticity the OPCW has confirmed, contends that the official story which was used to justify an air strike by the US, UK and France about poison gas being dropped on civilians from Syrian government helicopters is scientifically implausible, saying “In summary, observations at the scene of the two locations, together with subsequent analysis, suggest that there is a higher probability that both cylinders were manually placed at those two locations rather than being delivered from aircraft.”

The document, titled “Engineering Assessment of Two Cylinders Observed at the Douma Incident”, was signed by a man named Ian Henderson, whose name is seen listed in expert leadership positions on OPCW documents from as far back as 1998 and as recently as 2018. The OPCW hid this information from the public, for reasons it has yet to attempt to justify.

The fact that a longtime OPCW-trained investigator wildly dissented with the OPCW’s official conclusions within the OPCW’s own investigation should obviously have been made public knowledge, and this revelation should obviously have made headline news throughout the western media. Instead, it’s been completely ignored. Only a few alternative media outlets and the usual Russian publications have covered it.

“According to ProQuest database, [Peter] Hitchens’ piece is the only mention in any UK corporate newspaper so far,” tweeted media analysis site Media Lens yesterday.

According to ProQuest database, Hitchens’ piece is the only mention in any UK corporate newspaper so far. Impressive discipline. https://hitchensblog.mailonsunday.co.uk/2019/05/peter-hitchens-empty-green-seats-that-prove-we-are-careering-towards-a-catastrophe.html … https://twitter.com/ClarkeMicah/status/1130071328034308099 …

Kind of you to say so, but I have done very little, simply reported on the emergence of an important document, information about which was readily available to any alert reporter, or even a dozy one like me. . https://twitter.com/IsabelO20183051/status/1130070499277660160 …

75 people are talking about this

So there’s a total media blackout on this story from the usual plutocratic news outlets, which is a huge story in and of itself. Just as significantly, the less well-known propagandists who are typically the first to attack any argument which casts doubt on the “Assad is a child-gassing monster who must be stopped at all cost” imperial narrative have been incredibly feeble in their attempts to dispute this new revelation.

Bellingcat is a pro-NATO narrative management firm which has defended ridiculous Syria regime change propaganda like the Bana Alabed psyop, and is consistently elevated with fawning puff pieces and collaborative  reports from major mass media outlets like the Guardian and the New York Times. As of this writing it has published absolutely nothing on the Engineering Assessment. Nothing for, nothing against. Nothing. The outlet’s incredibly shady founder, Eliot Higgins, has responded to this new revelation by pinning a tweet citing a completely baseless theory that the WGSPM “got played by a disgruntled OPCW employee.”

“This reporting by @Brian_Whit on the leaked Douma report that the conspiracy theorists and chemical weapon denialists are so excited about is consistent with what I’m hearing. Looks like they all got played by a disgruntled OPCW employee,” Higgins tweeted with a link to a Medium article by UK reporter and virulent Syria regime change cheerleader Brian Whitaker, adding, “This is why the Syrian Propaganda Group needs to work on verifying things it decides to republish, even if it fits with their attempts to deny chemical weapon use in Syria, otherwise they just get played by people with their own agenda.”

The silliness of this argument was pointed out by journalist Aaron Maté, who responded, “What ‘reporting’? He’s citing rumors that he acknowledges are ‘not confirmed.’ Regardless, the document comes from OPCW, as Whitaker’s update notes. The question now is whose findings are accurate — and there’s nothing in this article that challenges the leaked findings.”

Maté highlighted portions of the text that Higgins shared from Whitaker’s article, which I will put in bold here:

“One story circulating in the chemical weapons community (though not confirmed) is that Henderson had wanted to join the FFM and got rebuffed but was then given permission to do some investigating on the sidelines of the FFM. The suggestion (again, not confirmed) is that this was a way of extending his contract at the OPCW. If true, it might explain how he appeared to be working with the FFM while not (according to the OPCW press office) actually being part of it.”

Even if all of the completely unconfirmed things Whitaker is speculating are true, it wouldn’t actually negate the importance of the Engineering Assessment; this is merely an attempt to divert attention from the message to the messenger. And, again, this was a post that Higgins pinned to the top of his Twitter profile. It was his very best argument.

This is why the Syrian Propaganda Group needs to work on verifying things it decides to republish, even if it fits with their attempts to deny chemical weapon use in Syria, otherwise they just get played by people with their own agenda.

What “reporting”? He’s citing rumors that he acknowledges are “not confirmed.” Regardless, the document comes from OPCW, as Whitaker’s update notes. The question now is whose findings are accurate — and there’s nothing in this article that challenges the leaked findings.

85 people are talking about this

It is not terribly surprising that Higgins has struggled to address this new revelation, partly because there’s not much ground upon which for him to do so, and partly because in the midst of an online debate in the wake of the alleged Douma attacks he already conceded that one of the gas cylinders may have been manually placed where it was photographed.

“Again, you’re assuming it was photographed in its original resting place and not moved. Keep up,” Higgins tweeted following the April 2018 incident in response to someone questioning the strange placement and circumstances of one of the cylinders. It was lying on an unbroken bed in relatively good condition and people were rightly perplexed as to why it hadn’t shattered the bed base upon impact.

Idrees Ahmad, a particularly loathsome anti-Assad regime change propagandist who has smoothly transitioned into an anti-Maduro regime change propagandist as well when the US empire focused its crosshairs on Venezuela, has had similar difficulty in addressing the leaked document. Ahmad flipped out and posted dozens of tweets in response to Susan Sarandon sharing my article about the OPCW’s admission that the Henderson report is legitimate. His arguments range in brilliance from falsely claimingthat I am an “Australian fascist”, to repeatedly arguing that Henderson’s conclusions differ from the official OPCW report (duh), to repeatedly regurgitating Higgins’ aforementioned baseless argument about Henderson being a “disgruntled OPCW employee”.

So they’ve really got nothing. There is no actual argument to be made that the OPCW had any business keeping the public in the dark about a dissenting assessment about the Douma incident signed by a longtime OPCW investigator. Or if there is I haven’t seen it, and I’ve been looking in all the usual places one might expect such an argument to appear.

There are still plenty of unanswered questions about the Douma incident. The leaked document doesn’t by itself prove that the Engineering Assessment is correct and the official OPCW findings are incorrect, it just proves that there were other analyses which differed sharply with the official conclusions we’ve been permitted to see, and that we weren’t permitted to see those analyses. In a post-Iraq invasion world, this by itself is entirely unacceptable. And, rather than pushing for answers and accountability, the so-called journalists of the largest media outlets in the west are completely ignoring it.