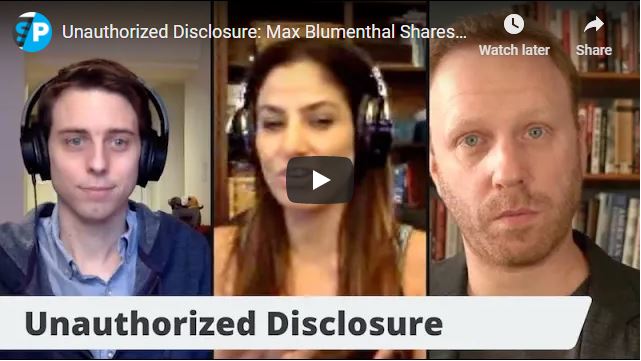 Grayzone editor-in-chief Max Blumenthal joins the “Unauthorized Disclosure” podcast to share his reporting from Bolivia. He was there as an election observer weeks ago, when the coup regime was defeated at the polls.

Max offers his assessment of the outcome of the United States elections between President Donald Trump and Joe Biden, who eked out a victory against an incumbent. He describes what he saw in Miami, where Trump support dashed any chance Biden had of winning Florida.

A documentary produced by the Grayzone on the Bolivian military junta was censored. Max describes how it was labeled “inappropriate or offensive.”

Later in the show, Max highlights a report he published, which exposed the censorship campaign that was waged against Michael Moore’s documentary “Planet of the Humans.” (Filmmaker Josh Fox was involved, as listeners may recall, we had Josh on our show right when he launched this campaign.)