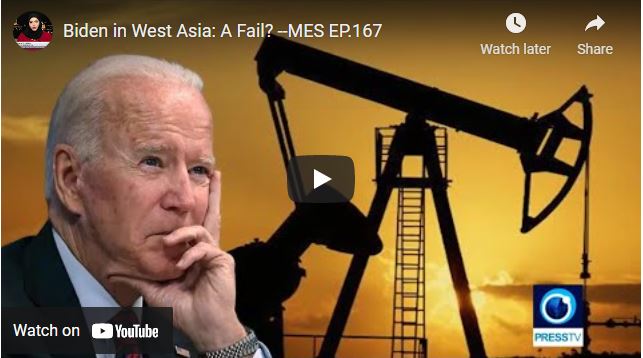 The visit of US President Joe Biden to west Asia can be read through several levels, which in total represent the main objectives of that visit. On the strategic level, his visit comes in the midst of the fierce and declared struggle of the United States of America with China and Russia over the battle to formulate an international system as the unipolar American era nears its end.

Therefore, the United States of America is seeking to restore its control over energy resources in the Middle East, after the Ukrainian-Russian war forced it to search for sources of energy for its European allies, which restored the importance of the Persian Gulf oil and the Mediterranean gas.

To discuss this issue with us from London Jesse Zurawell, writer, editor, researcher and producer and host at TNT radio.

So last week, US president Joe Biden was on his first visit to West Asia since taking office early last year. His first stop was obviously Israel. His visit was met with protests by Palestinians demanding justice for the murder of martyr journalist Shireen Abu Akleh at the hands of Israeli occupation forces. Neither this issue, nor the larger issue of the continuing violation of Palestinian human rights by the Israeli apartheid regime featured in Biden’s agenda.

To discuss this issue with us from Brussels is Youri Smouter journalist and producer and host of 1+1 show on YouTube.