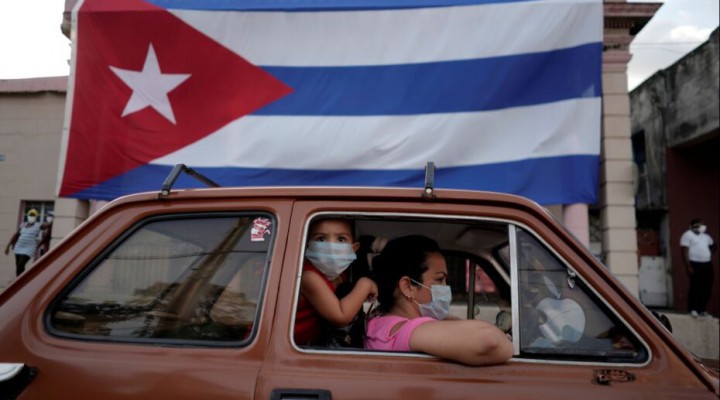 The UN wants Cuba’s freedom to occur only on U.S. terms – through foreign intervention and against the will of the Cuban people.

The UN proves itself more farcical with every passing year, particularly through its non-binding resolutions. For the 29th year, the international community has voted to lift the illegal U.S. blockade on Cuba, with 184 countries voting in favour while the two allies – the U.S. and Israel – voted against, as expected.

According to Rodney Hunter, the Political Coordinator for the U.S. Mission at the UN, the blockade is “one set of tools in Washington’s broader effort toward Cuba to advance democracy, promote respect for human rights, and help the Cuban people exercise fundamental freedoms.” Needless to say, there is not a single shard of democracy in the U.S. approach to Cuba.

Decades since the blockade was put into effect by J.F. Kennedy, the UN has normalised the U.S. punitive measures through its non-binding UN General Assembly Resolutions. All the international community needs to showcase as a purported political effort is a vote that translates into nothing other than futile diplomatic niceties. Away from this show of pretending to supporting Cuba, the truth is that Cuba stood by the international community in times of need, and not vice versa. And despite this truth, there is not a single country with the political will to step away from the charades instigated by the UN and demand political action against U.S. coercion.

Cuba’s Foreign Minister Bruno Rodriguez Parrilla declared the embargo “an economic war of extraterritorial scope against a country already affected in the recent period by the economic crisis derived from the pandemic.”

When in January, the Biden Administration declared it would review former U.S. President Donald Trump’s policies on Cuba, many assumed a reversal of the restrictions would ensue, followed by a possible thaw in relations. During his campaign, the current U.S. President Joe Biden declared a prompt reversal of Trump’s policies “that have inflicted harm on the Cuban people.” However, Biden has adopted a passive stance when it comes to Cuba – one in which democracy is served rhetorically and only on U.S. terms which, in practice, is merely a veneer for oppression. In May this year, U.S. Secretary of State Antony Blinken overtly upheld Trump’s foreign policy on Cuba when he listed the island as not cooperating with U.S. anti-terrorism efforts.

Meanwhile, despite the blockade and shortage of medical supplies, Cuba achieved yet another milestone in medicine with the success of its Abdala vaccine which shows 92.28% effectiveness in three doses. The Soberana 02 achievde an efficacy of 62% in two doses. Cuba’s vaccines are the first in the region to be manufactured and are perceived as a possibility for immunisation in Latin America.

Not to mention the fact that since the early days of the Covid19 pandemic, it was the Cuban medical brigades that brought relief to 40 countries, despite the adversities the island faces. A nation which the U.S. placed on its state sponsors of terrorism list was unique in its internationalist approach during the pandemic, while the West squabbled over vaccine production and distribution.

So when will the UN abandon its farce of pretending to support Cuba’s freedom? When compared to the UN’s fast tracking approval for military intervention, for example, the institution definitely lags behind on the human rights agenda it claims, but yet fails, to support and implement. Cuba has not embarked on aggression against any country in the world, unlike the U.S.’s track record for foreign interference and overthrowing democratically elected governments.

Despite this discrepancy between both countries, the illegal blockade remains on the agenda – maybe permanently – because the UN is steeped in colonialism and neoliberalism. Possibly, the rationale behind the non-binding resolutions and refusal to act politically lies in the fact that the UN wants Cuba’s freedom to occur only on U.S. terms – through foreign intervention and against the will of the Cuban people.