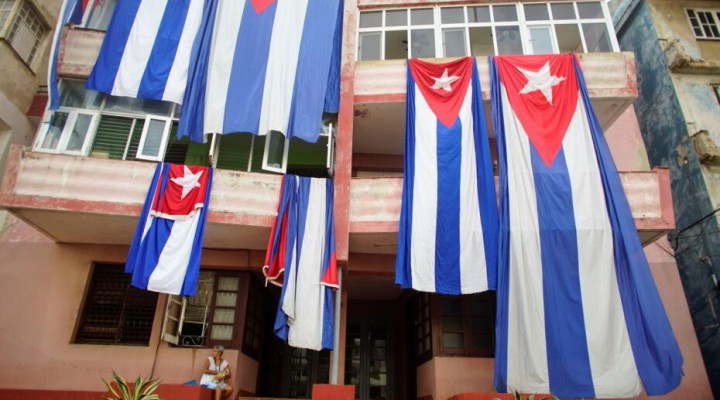 Biden was voted in as an alternative to Trump. How well is that working in terms of U.S. foreign policy?

U.S. President Joe Biden has given every indication so far that its policies on Cuba will not veer away from those of the Trump Administration. In March this year, U.S. officials told Reuters that Cuba is not a top foreign policy item for Biden. The statement was left open to interpretation until now, when the current U.S. administration decided to retain Cuba on the unilateral and defaming U.S. State Sponsors of Terrorism list. The conditions for removal are very much based on how much U.S. influence the listed country will allow – in other words, becoming a U.S. accomplice in foreign policy is a must.

This week, a note signed by U.S. Secretary of State Antony Blinken was published, which stated, “I hereby determine and certify to the Congress that the following countries are not cooperating fully with United States anti-terrorism efforts.” Cuba was listed, along with Iran, Syria, Venezuela and the Democratic People’s Republic of Korea.

Cuba’s Ministry of Foreign Affairs unequivocally rejected Blinken’s stance: “This is a totally unfounded and political accusation that tries to justify aggression against Cuba, including the inhumane economic, commercial and financial blockades which our people have suffered.”

Cuba has been a victim of U.S. terrorism and invasions since the triumph of the Cuban revolution. Recently on social media, the Central Intelligence Agency drew attention to a commemorative coin which was created to mark an anticipated victory at the Bay of Pigs invasion in April 1961, which ended in failure 72 hours later. The CIA-sponsored invasion of Cuba spouted the same rhetoric that is being used by the current administration to justify its oppression of Cuba. Only the U.S. can determine what freedom means for Cuba, in imperialist rhetoric, and the Biden administration is not letting go of the narrative that has suited the U.S. so well.

In case the U.S. needs a reminder, Cuba raised its responsibilities against all forms of terrorism in the new national constitution adopted in 2019. Article 16 (1) of Chapter II of the constitution states that Cuba “rejects and condemns terrorism in all its forms and manifestations, in particular state terrorism.”

At an international level, Cuba signed the Code of Conduct Towards Achieving a World Free of Terrorism in 2018. It has also declared itself committed to implementing the UN Global Counter-Terrorism Strategy.

The issue is not Cuba’s commitment to fighting terrorism, but the U.S. inability to accept an independent, socialist sovereign state that has resisted against interference, despite all odds against it. When in 1998, Cuba’s State Security had notified the U.S. of terror activities against the island being planned by dissidents in Miami, the FBI made no move against the planned terror and proceeded to arrest the Cuban Five instead. Likewise, the U.S. never targeted the Cuban American National Foundation (CANF) – a powerful lobby group involved in many attempted assassinations of Fidel Castro. Neither did the U.S. take action against well-known terrorists Orlando Bosch and Luis Posada Carriles, both trained by the CIA.

It is more pertinent to ask why a powerful country that has sponsored so much global terror remain unchallenged in its designations of countries allegedly funding terrorism. The Biden Administration is prioritising Cuba in its foreign policy, but going about it in a backhanded manner. By maintaining Trump’s designation, Biden is taking an active part in attempting to diplomatically isolate Cuba, apart from upholding the ramifications of the illegal U.S. blockade on the island.

Rather than assume that the diplomatic rhetoric about “reviewing” Trump’s designation indicates a possible change in U.S. relations with Cuba, it might be better to hold the Biden Administration accountable to its actions. After all, Biden was voted in as an alternative to Trump. How well is that working in terms of U.S. foreign policy?