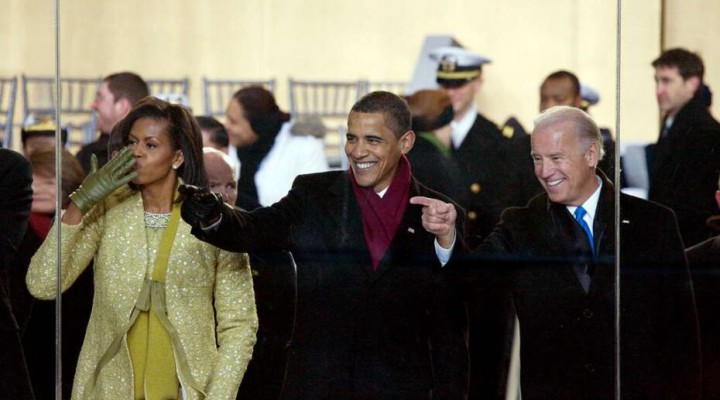 How will Biden determine what and who is good for Cuba, and why not leave the decision to the Cuban government and the people?

In its typical, belligerent style, the Trump administration signed off its tenure with some last minute amendments. Returning Cuba to the U.S. State Sponsors of Terrorism List was one prominent reversal of the diplomatic advancements made by former U.S. President Barack Obama in 2015, after both countries reached an agreement of a prisoner exchange – the remaining members of the Cuban Five in return for USAID contractor Alan Gross. Both countries restored full diplomatic ties, marking an end, or so it was thought, to decades of U.S. hostility against the island following the Cuban Revolution’s ousting of imperialist-backed dictator Fulgencio Batista. With the normalisation of relations, attention had finally shifted towards the illegal U.S. blockade on Cuba.

Trump’s presidency swiftly reversed all of Obama’s advancements, pulling out diplomatic personnel, banning U.S. travel to Cuba and imposing economic sanctions. One other contention centred on Cuban-Venezuelan relations, which the U.S. described as complicity in human rights abuses, even as the U.S. embarked upon a policy of regime change in Latin America which sought to install Juan Guaido as president in 2019 – a status no longer recognised by the European Union.

Now that U.S. President Joe Biden is building up his presidential commitments upon the premise of democracy, as the Interim National Security Strategic Guidance document claims, what position does Cuba occupy in terms of Biden’s democracy and diplomacy?

So far, the Biden administration has asserted it will be revieing Trump’s decision to include Cuba on the state sponsors of terror list. But, “A Cuba policy shift is not currently among President Biden’s top priorities,” a White House Official told Reuters on condition of anonymity.

Perhaps a more telling statement by White House spokeswoman Jen Psaki reveals more about a possibly polarising stance which might be adopted by the Biden administration. “Americans, especially Cuban Americans, are the best ambassadors for freedom and prosperity in Cuba.”

Recent Cuban-American history is significantly tied to the U.S. attempts to overthrow the Cuban Revolution. The most affluent, and therefore most capable of influencing U.S. policy towards Cuba, were instrumental in pushing for legislation curbing Cuba’s economic development in the 1990s, through the Cuban American National Fund (CANF).

In the Obama era, the removal of Cuba from the U.S. list of terror sponsors was considered an important development – a breakthrough that could usher in a new era of relations. With Biden contemplating reversing Trump’s decision, yet refusing to make Cuba a diplomatic priority signals a departure from Obama’s aims. Biden may pontificate about democracy, but being an alternative to Trump means very little in terms of accomplishment.

The Trump administration’s rescinding of Obama’s policies did not only bring relations to a standstill. It also unravelled the possibility of gradually opening up the political debate about the illegal U.S. blockade on Cuba. With a dearth of policies to consider revoking, the U.S. is playing havoc with Cuba’s economy, at a time when the island has been at the helm responding to other nations’ calls for assistance over the coronavirus pandemic.

Does Biden’s democracy include selective acceptance of Trump’s policies? How will Biden determine what and who is good for Cuba, and why not leave the decision to the Cuban government and the people? The U.S. terror sponsor list is a debacle – if it were accurate, the U.S. could sign itself top of the list for all the atrocities it committed worldwide in the name of democracy. Its record in Cuba, and regionally in Latin America are prime examples. If the U.S. is truly concerned about democracy, it would not make a show out of contemplating a clearly vindictive, parting gesture against Cuba. The fact that such news was juxtaposed against a statement that clearly deprioritised Cuba, says as much about the current administration as the previous restrictions did about Trump.

0 thoughts on “Biden Lags Well Behind Obama in U.S.-Cuban Diplomacy”