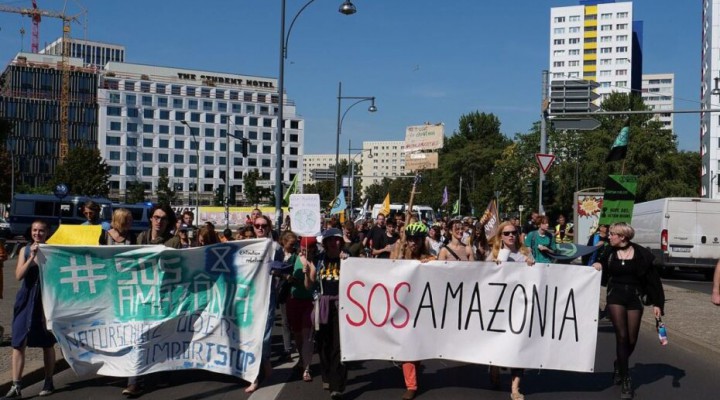 Despite the centrality of indigenous peoples to sustainable environments, governments and corporations are doing the utmost to ensure indigenous erasure.

While research has indicated the importance of indigenous conservation of land, the G7 countries are driving deforestation worldwide through consumption patterns targeting less developed countries. Tropical forests remain among the most targeted areas, with 46-57 percent of imported material deriving from such areas. More than 4.2 million hectares of primary tropical forests was lost in 2020 to deforestation; 1.7 million hectares forest loss were incurred in Brazil’s Amazon alone.

Brazilian President Jair Bolsonaro certainly has failed to impress with his track record of exploiting indigenous terrain. Since the start of his presidency, he prioritised the industrialisation of the Amazon rainforest, home to indigenous communities and over 100 uncontacted tribes. Not in Bolsonaro’s language, however, who refuted the indigeneity and declared the communities as favourable to industrialisation of their land.

In 2019, the world witnessed a grotesque spectacle as the Amazon rainforest burned and Bolsonaro bided his time to save the terrain, while blaming environmental activists for the destruction, claiming arson attacks. Yet one of Bolsonaro’s first policies, enacted within hours of his taking office, was to subject the regulation of indigenous lands to the Ministry of Agriculture.

Another gimmick hand involved Bolsonaro’s rejection of the G7’s offer $20 million in aid to fight the Amazon fires – rhetoric he later retracted. The spectacle of exploiters offering aid to halt the fire spread illustrated nothing in terms of environment protection; rather it portrayed the vested interests of saving the forests to exploit through other means. The indigenous populations, for whom the Amazon is a home, existed in a realm far from capitalist consciousness. And in such reasoning, Bolsonaro and the G7 were on the same page.

For Bolsonaro, a leader enamoured with the dictatorship era, there were no qualms about militarising the Amazon. Allowing the military to occupy key positions in environmental matters had precedents during the years of the Brazilian dictatorship from 1964 to 1985, which ushered in the country’s industrialisation, even as indigenous communities were displaced and killed for their resistance. Brazil’s National Truth Commission report estimates that 8,350 indigenous people were killed during the dictatorship.

With a history of being in favour of industrialising the Amazon, Bolsonaro’s purported solution to preserving the terrain has turned out to be a recipe of oppression for the indigenous communities, and an avenue for exploitation to take place. A recent report by Reuters quotes former left-wing environment minister Izabella Teixeira stating, “The current Brazilian government has a 1970s mentality related to natural resources. That to control the forest means to cut it down.”

In January this year, indigenous leaders and human rights groups requested the International Criminal Court to investigate Bolsonaro for crimes against humanity as a result of his policies and violations of indigenous rights. A detailed report by Brazil’s Climate.

Observatory highlights the government’s refusal to engage in public debate, noting that 593 regulatory changes were signed in 2020 alone.

Furthermore, outsourcing the Amazon’s protection to the military resulted in an increase in fires and higher deforestation, which substantiates claims that the military and the government see eye to eye when it comes to indigenous exploitation. According to the report, one recurring tactic used by Bolsonaro is the purported collusion between non-governmental organisations and foreign governments. This is an attempt to obscure the true damage that is leaving a disastrous environmental impact as a result of agribusiness and deforestation – the former a strong lobby and vociferous support of Bolsonaro’s policies.

Bolsonaro has asserted the existence of “international greed” when it comes to the Amazon. However, such a statement leaves out the Brazilian government’s complicity in the mentioned greed – it was, after all, a prominent policy of Bolsonaro’s to open up the Amazon for international exploitation. An example of how, despite the centrality of indigenous peoples to sustainable environments, governments and corporations are doing the utmost to ensure indigenous erasure.

Himalayan glaciers on the eve of destruction

0 thoughts on “Militarising the Amazon”