HOME / SOCIAL/CULTURAL / No Accountability in Washington. The CIA Wants to Hide All Its Employees 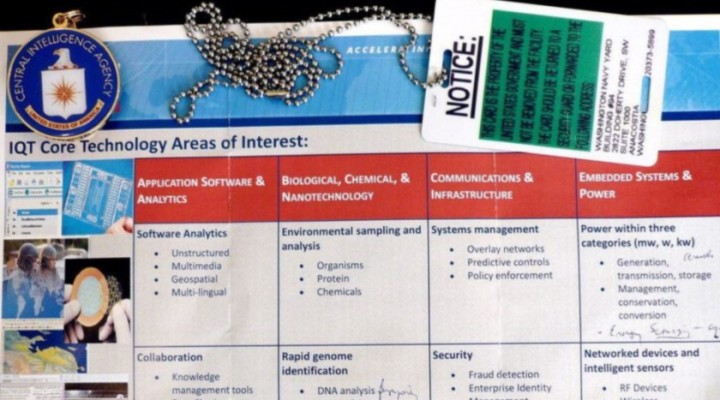 Government that actually serves the interests of the people who are governed has two essential characteristics: first, it must be transparent in terms of how it debates and develops policies and second, it has to be accountable when it fails in its mandate and ceases to be responsive to the needs of the electorate. Over the past twenty years one might reasonably argue that Washington has become less a “of the people, by the people and for the people” and increasingly a model of how special interests can use money to corrupt government. The recent story about how serial pedophile Jeffrey Epstein avoided any serious punishment by virtue of his wealth and his political connections, including to both ex-president Bill Clinton and to current chief executive Donald Trump, demonstrates how even the most despicable criminals can avoid being brought to justice.

This erosion of what one might describe as republican virtue has been exacerbated by a simultaneous weakening of the US Constitution’s Bill of Rights, which was intended to serve as a guarantee of individual liberties while also serving as a bulwark against government overreach. In recent cases in the United States, a young man had his admission to Harvard revoked over comments posted online when he was fifteen that were considered racist, while a young woman was stripped of a beauty contest title because she refused to don a hijab at a college event and then wrote online about her experience. In both cases, freedom of speech guaranteed by the First Amendment was ruled to be inadmissible by the relevant authorities.

Be that as it may, governmental lack of transparency and accountability is a more serious matter when the government itself becomes a serial manipulator of the truth as it seeks to protect itself from criticism. Reports that the Central Intelligence Agency (C.I.A.) is seeking legislation that will expand government ability to declare it a crime to reveal the identities of undercover intelligence agents will inevitably lead to major abuse when some clever bureaucrat realizes that the new rule can also be used to hide people and cover up malfeasance.

A law to protect intelligence officers already exists. It was passed in 1982 and is referred to as the Intelligence Identities Protection Act (I.I.P.A.). It criminalizes the naming of any C.I.A. officer under cover who has served overseas in the past five years. The new legislation would make the ban on exposure perpetual and would also include Agency sources or agents whose work is classified as well as actual C.I.A. staff employees who exclusively or predominantly work in the United States rather than overseas.

The revised legislation is attached to defense and intelligence bills currently being considered by Congress. If it is passed into law, its expanded range of criminal penalties could be employed to silence whistle blowers inside the Agency who become aware of illegal activity and it might also be directed against journalists that the whistleblowers might contact to tell their story.

The Agency has justified the legislation by claiming in a document obtained by The New York Times that “hundreds of covert officers [serving in the United States] have had their identity and covert affiliation disclosed without authorization… C.I.A. officers place themselves in harm’s way in order to carry out C.I.A.’s mission regardless of where they are based. Protecting officers’ identities from foreign adversaries is critical.”

Some Congressmen are disturbed by the perpetual nature of the identification ban while also believing that the proposed legislation is too broad in general. Senator Ron Wyden expressed had reservations over how the C.I.A. provision would apply indefinitely. “I am not yet convinced this expansion is necessary and am concerned that it will be employed to avoid accountability,” he wrote.

Agency insiders have suggested that the new law is in part a response to increasing leaks of classified information by government employees. It is also a warning shot fired at journalists in the wake of the impending prosecution of Julian Assange of WikiLeaks under the seldom used Espionage Act of 1918. Covert identities legislation is less broad that the Espionage Act, which is precisely why it is attractive. It permits prosecution and punishment solely because someone either has revealed a “covert” name or is suspected of having done so.

But up until now, government prosecutors have only used the 1982 identities law twice. The first time was a 1985 case involving a C.I.A. clerk in Ghana and the second time was the 2012 case of John Kiriakou, a former C.I.A. officer who pleaded guilty to providing a reporter with the name of an under-cover case officer who participated in the agency’s illegal overseas interrogations. Kiriakou has always claimed that he had not in fact named anyone, in spite of his plea, which was agreed to as a plea bargain. The covert officer in question had already been identified in the media.

John Kiriakou also observes how the I.I.P.A. has been inevitably applied selectively. He describes how “These two minor prosecutions aside, very few revelations of C.I.A. identities have ever led to court cases. Former Deputy Secretary of State Richard Armitage famously leaked Valerie Plame’s name to two syndicated columnists. He was never charged with a crime. Former C.I.A. Director David Petraeus leaked the names of 10 covert C.I.A. operatives to his adulterous girlfriend, apparently in an attempt to impress her, and was never charged. Former C.I.A. Director Leon Panetta revealed the name of the covert SEAL Team member who killed Osama bin Laden. He apologized and was not prosecuted.”

Kiriakou also explains how the “…implementation of this law is a joke. The C.I.A. doesn’t care when an operative’s identity is revealed — unless they don’t like the politics of the person making the revelation. If they cared, half of the C.I.A. leadership would be in prison. What they do care about, though, is protecting those employees who commit crimes at the behest of the White House or the C.I.A. leadership.” He goes on to describe how some of those involved in the Agency torture program were placed under cover precisely for that reason, to protect them from prosecution for war crimes.

Even team player Joe Biden, when a Senator, voted against the I.I.P.A., explaining in an op-ed in The Christian Science Monitor in 1982 that, “The language (the I.I.P.A.) employs is so broadly drawn that it would subject to prosecution not only the malicious publicizing of agents’ names, but also the efforts of legitimate journalists to expose any corruption, malfeasance, or ineptitude occurring in American intelligence agencies.” And that was with the much weaker 1982 version of the bill.

The new legislation is an intelligence agency dream, a get out of jail card that has no expiry date. And if one wants to know how dangerous it is, consider for a moment that if it turns out that serial pedophile Jeffrey Epstein was indeed a C.I.A. covert source, which is quite possible, he would be covered and would be able to walk away free on procedural grounds.

0 thoughts on “No Accountability in Washington. The CIA Wants to Hide All Its Employees”