HOME / WORLD / Iran, And Other Notes From The Edge Of The Narrative Matrix 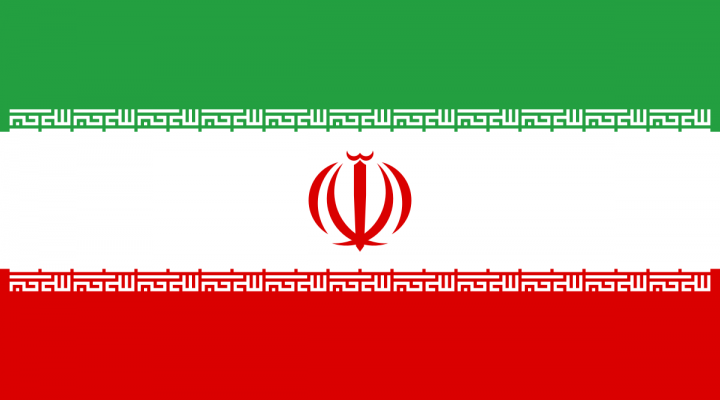 The greatest asset of the propagandists is your belief that you haven’t been propagandized.

Hi my name’s Maga McBootlick. I fight the establishment by cheerleading for the US President, I oppose war by supporting the same Middle East agendas as Dick Cheney, John Bolton and Bill Kristol, and I love the Iranian people so much I want to kill them with starvation sanctions.

I can’t believe I’ve spent a week and a half arguing with Republicans who insist that assassinating a nation’s top general is perfectly sane and normal and fine. No, idiots. No.

Trump supporters keep telling me how upset they are that I’m dedicating so much time and energy to criticizing his Iran warmongering. The mental irritation you experience when I criticize your president is called cognitive dissonance. It’s what being wrong feels like.

Note to the US government: you don’t get to murder civilians with starvation sanctions and then have anyone believe you when you tell them you stand with them. Not a thing.

The US Secretary of State has openly admitted that Iran is being sanctioned not so that its government will change its behavior, but so that the Iranian people will force their government out. This cannot happen without coordinated violence against Tehran, i.e. civil war.

We’ve known for years that the CIA has been ramping up covert operations within Iran. Concerns that the CIA is working to foment violence and disorder in Tehran are not idle speculation. It is most definitely happening. Only question is how and to what extent.

Anyone who’s ever escaped from a relationship with a sociopath can see these “We stand with the people of Nation X in rising up against their government” scripts for the imperialist manipulations they are. It’s amazing how many of the people with deep understandings of manipulation are survivors of this type of abuse.

After Iran admitted that it downed the Ukrainian plane there were a bunch of establishment narrative managers running around online going “Ha! See?? This proves it’s wrong to doubt us on these things!” Doesn’t work that way, sugar tits. The US government has an extensive history of using lies, propaganda and false flags to manufacture consent for military agendas; skepticism until there’s hard proof is the only sane position in a post-Iraq invasion world.

Always, always remain skeptical of such assertions until clear, doubtless proof is provided. Never let them shame you out of doing so. Their giant “See, we didn’t lie this time!” social media parade actually proves the rule.

All the justifications you’ve heard for Trump’s Iran warmongering have been premised upon the assumption that it is entirely right and appropriate for the United States to have a military presence on the other side of the planet in nations that don’t want them to be there.

When I say the US government’s claims justifying Soleimani’s assassination are unproven, I always get people telling me that’s because the evidence is classified. Secret, invisible, hypothetical evidence is not evidence, guys. Not as far as public scrutiny is concerned. I’ve explained this to Russiagaters as well.

If a known compulsive liar who has deceived you many times in the past told you it was very, very important that you go and murder your neighbor, but he couldn’t show you the evidence proving his claim, would you take him at his word and get your gun? No? Then don’t trust the US government when it tells you something happened requiring military action.

Anyone who says a war with Iran could be easily won is either (A) making claims on a subject they know nothing about, or (B) advocating the use of nuclear weapons. Either way they’re not someone you should trust with your car keys.

Maybe the dumbest thing in all US politics is the way liberals tend to cheer for regime change in Syria while conservatives tend to support regime change in Iran. In reality it’s the same agenda: they’re just arguing over which government to oust first. Amazing propaganda trick.

When the US was preparing to announce its withdrawal from the JCPOA in May 2018 I tweeted, “Make a note of which Trump supporters who were dutiful skeptics about Russiagate and Syria turn into worthless foam-brained sheep about Iran.” Can’t say the results have been especially surprising. Party loyalism is dementia.

When analysts accurately predict US military aggression will unite disparate factions against the US, it’s not some kind of psychic magic trick. They’re using the same common sense which says that if you act like an asshole at the pub, everyone in the pub will think you’re an asshole.

Those who advance war propaganda are participating in that war just as much as the people who actually go and fight in it. They’re just playing a much safer and more cowardly role.

Trump supporters acting like he’s been vindicated for assassinating Soleimani because it hasn’t started a full-scale war are like an abusive husband telling his wife “See? It was fine! Bet you feel stupid for yelling now!” after downing a 12 pack and taking the kids on the freeway in the back of the pickup truck.

Every single time Trump does something evil I get drooling QAnon cultists telling me to calm down and trust the plan. Every single time, without a single, solitary exception. And his actions get more and more depraved. This is what a propaganda construct looks like.

No analyst can name an appropriately comparable US general whose assassination would enrage the public like Soleimani’s did in Iran. This is because hardly any living American can remember a time when their military could be said to have rescued them from an existential threat.

Whenever I criticize the US president his supporters come up babbling about how Hillary would have been worse. So? Believing Trump is good because Hillary Clinton is bad is like believing cancer is good because heart disease is bad.

America’s two-party sock puppet show is always fake. Always. Buying into any part of it supports the whole fake show. “But the red puppet acts different from the blue puppet!” Yes. That’s how puppet shows work. Characters act different. Cheering for either is endorsing the lie.

You can absolutely make the case that one of the puppets acts less reprehensibly than the other during the show. But the show always ends the same: everyone in the audience gets a punch in the mouth and has to give all their money to the military.

The only real “welfare queen” that’s ever existed is the US military. Not even Reagan’s most dementia-addled fantasies ever dreamed up a welfare moocher this minted.

MSM can create false narratives without even speaking them explicitly, just by giving a certain impression. After the Iraq invasion 70% of Americans still believed Saddam was responsible for 9/11, just because reporters and politicians kept mentioning the two in the same breath.

Schrodinger’s superpower: America is simultaneously (A) an unstoppable military and economic force that ought to be in charge of the entire world, and (B) the poor widdle victim of a big, mean bully on the other side of the planet.

It’s crazy how many so-called anarchists wind up advocating the same regime change agendas as the CIA and the US State Department. Like “Yeah I’m so anti-authoritarian I want the single most powerful authoritarian force on the planet to shore up even more control over the world.”

The ideologies of fundamentalist Christianity and Zionism have been used to manufacture consent for the movement of far more military firepower than Islam ever has. All religions are ultimately toxic, but only idiots pretend Islam occupies a uniquely violent position among them.

I started this gig around the same time as a few other lefty indie commentators who later ended up going full MAGA. I understand the motivation: abandoning your principles for more mainstream politics is an easy way to get shares and clicks. But it can’t possibly feel good these days.

It’s weird how parents and teachers tell kids that fighting is always wrong no matter who started it when we all know damn well the question of who started it is of immense importance in any real conflict.

I dislike strangers who condescendingly tell how to do my job.
Nobody knows how to do what I do better than me.
I do me better than anyone else in history.
I am the Michael Jordan of being Caitlin Johnstone.

The Danger In Threats

Trump, Iran, and the Assassination of Soleimani

0 thoughts on “Iran, And Other Notes From The Edge Of The Narrative Matrix”