HOME / WORLD / What Next After US Defeat? 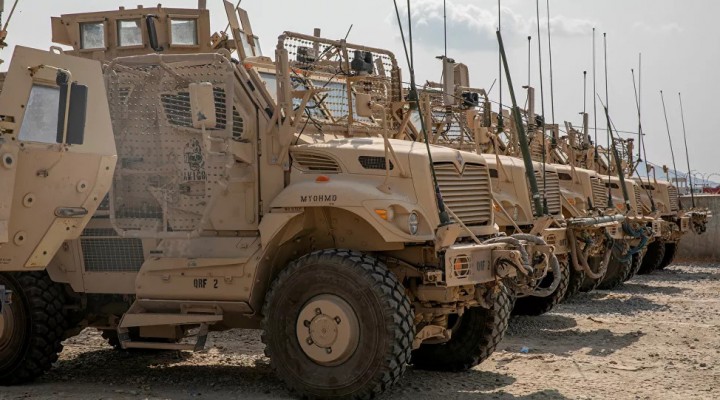 There may no longer be US military boots on the ground in Afghanistan, but there are still plenty of Afghan boots that Washington can mobilize to destabilize the country and, more importantly, the region.

Already there are tribal leaders in the Panjshir province declaring the beginning of anti-Taliban resistance. One of them, Ahmad Massoud, the young leader of the National Resistance Front of Afghanistan, wrote an opinion column in the Washington Post last week in which he appealed to the US for weapons and support to “once again take on the Taliban”.

Another allied leader is former Vice President of Afghanistan, Amrullah Saleh, who is also based in Panjshir province – the only area not under the control of the Taliban* – and who has vowed that he will never share the same roof as the dominant militant group.

This week marks a historic and shameful defeat for the United States in Afghanistan after 20 years of futile, destructive military occupation. Two decades since launching a war in the country to oust the Taliban rulers, the latter is back now in power. And what’s more, they are militarily stronger than ever after inheriting entire arsenals of American weaponry abandoned by the fleeing US troops.

US Secretary of State Antony Blinken, trying to put a positive spin on the debacle, said the military mission was over and “a new chapter” of diplomacy was opening. We can safely bet that “diplomacy” here is a euphemism for Washington’s political sabotage and machinations to ensure Afghanistan feels the full wrath of Uncle Sam’s vindictiveness for years, if not decades, to come.

Early signs indicate the form. Since the Taliban took control of Kabul on August 15, Washington has frozen some $7 billion in foreign assets belonging to the state of Afghanistan. The Americans have also ordered the International Monetary Fund to cut off nearly $400 million in immediate funds that were due to Kabul. This suggests that the US is shaping up for a new chapter of economic warfare against the Taliban in much the same way that it has inflicted on Iran following the Islamic Revolution in 1979 against the US-backed Shah, and also more recently against Syria following the defeat of America’s proxy war for regime change.

Many other nations that defy the US militarily end up incurring economic terrorism from Washington. Cuba, Nicaragua, North Korea, Venezuela, among others.

However, in addition to economic warfare, the United States could also exercise the option of fueling a proxy military conflict – a civil war – in Afghanistan by sponsoring the anti-Taliban factions. These factions can be traced to the Northern Alliance and the Haqqani Network which the US-backed in the proxy war against the Soviet Union during the 1980s. No doubt, the CIA and Pentagon still maintain contact lines with these warlords. The fact that one of them was given a high-profile platform in the Washington Post last week to appeal for weapons to fight against the Taliban is a clear sign of such deep state influence.

It is significant that Russia, China and other regional countries are wary of security repercussions stemming from an unruly Afghanistan. Russia has rebuked the US over its freezing of Afghanistan’s assets, saying that the country needs international support, not isolation, in order to aid war reconstruction and stability. Likewise, China has engaged with the new Taliban authorities with promises of massive economic investment to develop infrastructure and industries in return for guarantees of regional security.

This alludes to a wider strategy by Washington. Fomenting proxy conflict in Afghanistan through military and economic means is not just a matter of narrow vindictiveness against the Taliban conquerors who gave Uncle Sam a bloody nose for all the world to see. Such machinations provide the US with opportunities to cause regional security problems for Russia and China. One can reasonably surmise that the Americans have been exploiting Afghanistan as a spoiler against Russia and China for at least 40 years, not just the last two decades.

Afghanistan could potentially become a linchpin in China’s global economic development plans. The country sits at the crossroads of China’s new silk routes crisscrossing between Asia, Europe, the Middle East and Africa. Given that the Biden, Trump and Obama administrations have all prioritized “containing” China and Russia as “great power rivals”, it seems that postwar Afghanistan presents a different opportunity for American imperial ambitions.

From Washington’s cynical point of view, such a new phase of proxy war in Afghanistan and, more widely in the region, would be a lot less costly compared with the full military occupation over the past 20 years involving $2 trillion expenditure. Plus there are no disturbing scenes of bodybags arriving back on American soil.

Thus, celebrating the defeat of the US in Afghanistan comes with caution. The next chapter could be an even more murky and sinister story.

0 thoughts on “What Next After US Defeat?”