HOME / WORLD / The real US agenda in Africa is hegemony

The real US agenda in Africa is hegemony 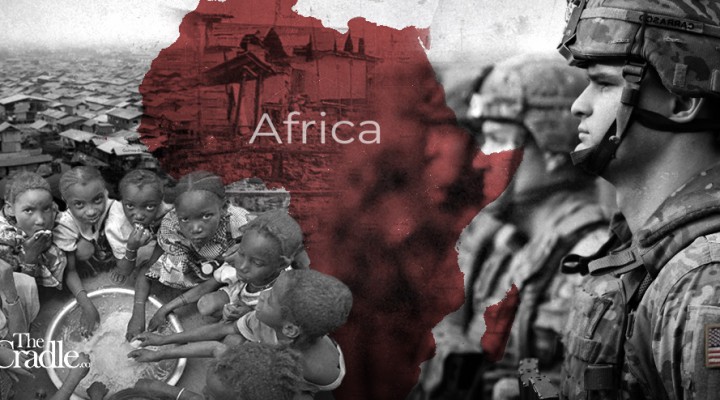 Forget development. Washington’s primary interest in Africa today is keeping the Chinese and Russians out.

In a rational environment, the 77th session of the UN General Assembly (UNGA) would discuss alleviating the trials and tribulations of the Global South, especially Africa.

That won’t be the case. Like a deer caught in the geopolitical headlights, UN Secretary-General Antonio Guterres issued platitudes about a gloomy “winter of global discontent,” even as the proverbial imperial doomsayers criticized the UN’s “crisis of faith” and blasted the “unprovoked war” started by Russia.

Of course the slow-motion genocide of Donbass russophone residents for eight years would never be recognized as a provocation.

Guterres spoke of Afghanistan, “where the economy is in ruins and human rights are being trampled” – but he did not dare to offer context. In Libya, “divisions continue to jeopardize the country” – once again, no context. Not to mention Iraq, where “ongoing tensions threaten ongoing stability.”

Africa has 54 nations as UN members. Any truly representative UNGA meeting should place Africa’s problems at the forefront. Once again, that’s not the case. So it is left to African leaders to offer that much-needed context outside of the UN building in New York.

As the only African member of the G20, South African President Cyril Ramaphosa recently urged the US not to “punish” the whole continent by forcing nations to demonize or sanction Russia. Washington’s introduction of legislation dubbed the Countering Malign Russian Activities in Africa Act, he says, “will harm Africa and marginalize the continent.”

South Africa is a BRICS member – a concept that is anathema in the Beltway – and embraces a policy of non-alignment among world powers. An emerging 21st century version of the 1960s Non-Aligned Movement (NAM) is strengthening across the Global South – and especially Africa – much to the revulsion of the US and its minions.

Back at the UNGA, Guterres invoked the global fertilizer crisis – again, with no context. Russian diplomacy has repeatedly stressed that Moscow is ready to export 30 million tons of grain and over 20 million tons of fertilizer by the end of 2022. What is left unsaid in the west, is that only the importation of fertilizers to the EU is “allowed,” while transit to Africa is not.

Guterres said he was trying to persuade EU leaders to lift sanctions on Russian fertilizer exports, which directly affect cargo payments and shipping insurance. Russia’s Uralchem, for instance, even offered to supply fertilizers to Africa for free.

Yet from the point of view of the US and its EU vassals, the only thing that matters is to counter Russia and China in Africa. Senegal’s President Macky Sall has remarked how this policy is leaving “a bitter taste.”

‘We forbid you to build your pipeline’

It gets worse. The largely ineffectual EU Parliament now wants to stop the construction of the 1,445 km-long East African Crude Oil Pipeline (EACOP) from Uganda to Tanzania, invoking hazy human rights violations, environmental threats, and “advising” member countries to simply drop out of the project.

Uganda is counting on more than 6 billion barrels of oil to sustain an employment boom and finally move the nation to middle-income status. It was up to Ugandan Parliament Deputy Speaker Thomas Tayebwa to offer much-needed context:

The EU Parliament, moreover, is a staunch puppet of the biofuel lobby. It has refused to amend a law that would have stopped the use of food crops for fuel production, actually contributing to what the UN Food Program has described as “a global emergency of unprecedented magnitude.” No less than 350 million people are on the brink of starvation across Africa.

Instead, the G7’s notion of “helping” Africa is crystallized in the US-led Build Back Better World (B3W) – Washington’s anaemic attempt to counter Beijing’s ambitious Belt and Road Initiative (BRI) – which focuses on “climate, health and health security, digital technology, and gender equity and equality,” according to the White House. Practical issues of infrastructure and sustainable development, which are at the heart of China’s plan, are simply ignored by the B3W.

Initially, a few “promising” projects were identified by a traveling US delegation in Senegal and Ghana. Senegalese diplomatic sources have since confirmed that these projects have nothing whatsoever to do with building infrastructure.

B3W, predictably, fizzled out. After all, the US-led project was little more than a public relations gimmick to undermine the Chinese, with negligible effect on narrowing the $40-plus trillion worth of infrastructure needed to be built across the Global South by 2035.

Have YALI, will travel

Imperial initiatives in Africa – apart from the US military’s Africa Command (AFRICOM), which amounts to raw militarization of the continent – brings us to the curious case of YALI (Young African Leaders Initiative), widely touted in the Washington-New York axis as “the most innovative” policy of the Obama years.

Launched in 2010, YALI was framed as “empowering the new generation of Africa leadership” – a euphemism for educating (or brainwashing) them the American way. The mechanism is simple: investing in and bringing hundreds of young African potential leaders to US universities for a short, six-week “training” on “business, civil leadership, entrepreneurship, and public management.” Then, four days in Washington to meet “leaders in the administration,” and a photo op with Obama.

The project was coordinated by US embassies in Africa, and targeted young men and women from sub-Saharan Africa’s 49 nations – including those under US sanctions, like Sudan, Eritrea, and Zimbabwe – proficient in English, with a “commitment” to return to Africa. Roughly 80 percent during the initial years had never been to the US, and more than 50 percent grew up outside of big cities.

That’s still ongoing. In 2022, MWF should be granted to 700 “outstanding young leaders from sub-Saharan Africa,” who follow “Leadership Institutes” at nearly 40 US universities, before their short stint in Washington. After which, they are ready for “long-term engagement between the United States and Africa.”

And all that for literally peanuts, as MWF was enthusiastically billed by the Democrat establishment as cost-efficient: $24,000 per fellow, paid by participant US universities as well as Coca-Cola, IBM, MasterCard Foundation, Microsoft, Intel, McKinsey, GE, and Procter & Gamble.

And that didn’t stop with MWF. USAID went a step further, and invested over $38 million – plus $10 million from the MasterCard Foundation – to set up four Regional Leadership Centers (RLCs) in South Africa, Kenya, Ghana, and Senegal. These were training, long distance and in-class, at least 3,500 ‘future leaders’ a year.

It’s no wonder the Brookings Institution was drooling over so much “cost-efficiency” when it comes to investing “in Africa’s future” and for the US to “stay competitive” in Africa. YALI certainly looks prettier than AFRICOM.

A few success stories though don’t seem to rival the steady stream of African footballers making a splash in Europe – and then reinvesting most of their profits back home. The Trump years did see a reduction of YALI’s funding – from $19 million in 2017 to roughly $5 million.

So many leaders to ‘train’

Predictably, the Joe Biden White House YALI-ed all over again with a vengeance. Take this US press attache in Nigeria neatly outlining the current emphasis on “media and information literacy,” badly needed to tackle the “spreading of disinformation” including “in the months leading up to the national presidential election.”

So the US, under YALI, “trained 1,000 young Nigerians to recognize the signs of online and media misinformation and disinformation.” And now the follow-up is “Train the Trainer” workshops, “teaching 40 journalists, content creators, and activists (half of whom will be women) from Yobe, Borno, Adamawa, Zamfara, and Katsina how to identify, investigate, and report misinformation.” Facebook, being ordered by the FBI to censor “inconvenient,” potentially election-altering facts, is not part of the curriculum.

YALI is the soft, Instagrammed face of AFRICOM. The US has participated in the overthrow of several African governments over the past two decades, with troops trained under secrecy-obsessed AFRICOM. There has been no serious Pentagon audit on the weaponizing of AFRICOM’s local “partners.” For all we know – as in Syria and Libya – the US military could be arming even more terrorists.

And predictably, it’s all bipartisan. Rabid neo-con and former Trump national security adviser John Bolton, in December 2018, at the Heritage Foundation, made it crystal clear: the US in Africa has nothing to do with supporting democracy and sustainable development. It’s all about countering Russia and China.

When it learned that Beijing was considering building a naval base in oil-rich Equatorial Guinea, the Biden White House sent power envoys to the capital Malabo to convince the government to cease and desist. To no avail.

In contrast, Russian Foreign Minister Sergei Lavrov was received like a superstar in his recent extensive tour of Africa, where it’s widely perceived that global food prices and the fertilizer drama are a direct consequence of western sanctions on Russia. Uganda leader Yoweri Museveni went straight to the point when he said, “How can we be against somebody who has never harmed us?”

On 13-15 December, the White House plans a major US-Africa Leaders Summit in Washington to discuss mostly food security and climate change – alongside the perennial lectures on democracy and human rights. Most leaders won’t be exactly impressed with this new showing of “the United States’ enduring commitment to Africa.” Well, there’s always YALI. So many young leaders to indoctrinate, so little time.

Analysis of U.S. Strategy in Africa: Can Washington Catch up with China?

‘US Has Nothing to Offer Africa, China Does’: South African Researcher

NATO Expands Into Africa As US Bullies the Continent Over Ukraine, w/ Vijay Prashad

0 thoughts on “The real US agenda in Africa is hegemony”