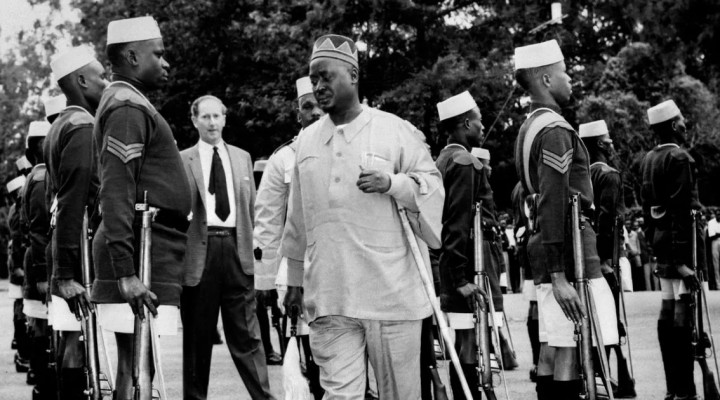 A covert unit within the British Foreign Office targeted Kenya’s first vice president, Oginga Odinga, in the 1960s as part of a “black propaganda” campaign, The Guardian reported on Saturday, citing newly declassified documents. After Kenyan independence from the UK in 1963, London perceived the left-wing politician as a threat to its interests, according to the papers.

Odinga is said to have been subjected to a three-year campaign by the Information Research Department (IRD), a clandestine unit initially established by the post-WWII Labour government to spread anti-Communist views. The effort was led by the Special Editorial Unit (SEU), a highly secretive “dirty tricks section” of the IRD, the report says.

After Kenya broke free from British rule in 1963, London apparently viewed President Jomo Kenyatta as the preferred leader of the country. However, the UK seemed to have been worried that the vice president, Odinga, a left-wing figure who was open to relations with the Soviet-led bloc and communist China, could somehow replace Kenyatta in the future. These apprehensions led the British ‘black ops’ units to scramble to undermine Odinga, despite British diplomats recognizing that he was not actually a communist, the report says.

The declassified files detail four campaigns to smear Odinga, according to The Guardian. In September 1965, the Daily Telegraph reported on a pamphlet issued by a fictitious organization called the ‘People’s Front of East Africa’ that branded Kenyatta’s government as “reactionary, fascist and dishonest” while touting Odinga as “a great revolutionary leader” who would ascend to power with the help of a new socialist party, the outlet says.

However, this was, apparently, a sophisticated propaganda ploy meant to arouse suspicion that Odinga was in league with communist China. The IRD is said to have distributed the pamphlet among “leading personalities and the press.” The story gained significant traction in Kenya and successfully convinced many of the country’s ministers that the pamphlet was genuine.

According to historian Dr. Poppy Cullen of Loughborough University, as quoted by The Guardian, all of this “clearly shows that Odinga was considered the main threat to British interests.” It also demonstrates the lengths to which the British were prepared to go to undermine him, he added.

However, the Kenyan vice president smelt trouble, the report says. In 1964, he accused the British press of a “spate of vilification and facile criticism,” decrying the allegations in their reports that he was plotting against Kenyatta.