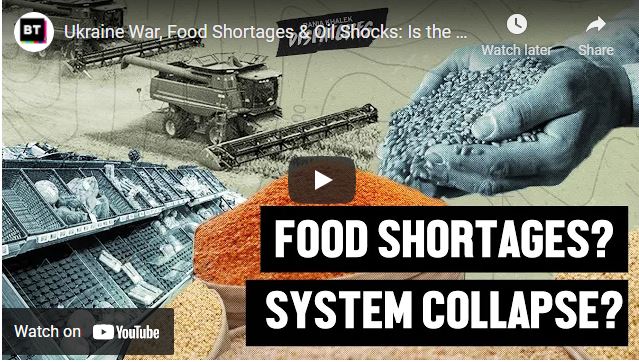 The war in Ukraine is turning geopolitics upside down, in a global order that already seemed brittle. We have an oil shock, a financial shock, a cold war, a hot war, an ongoing global pandemic all at the same time. Now global supply chains, upon which modern human life depends, have been severed. Supplies of food and fertilizer are threatened for those most dependent on it at a time when global warming curtails our agriculture.

This makes urgent once again the so-called “agrarian question,” looking at the world through the perspective of what goes on in the countryside. All this brings into sharper focus the role of global capitalism in causing the conditions of peasants and workers to further deteriorate.

To place the current crisis in its context and bring it back to the essential questions facing the majority of humanity, Rania Khalek was joined by Paris Yeros, professor of international economics at the Federal University of ABC in São Paulo, Brazil, who recently wrote a paper calling for a “New Bandung,” referencing the famous 1955 convening of the Afro-Asian Conference.

Elements of a New Bandung: Towards an International Solidarity Front, by Paris Yeros: https://parisyeros.files.wordpress.co…

The Sanctions Have Backfired

Does the Kremlin Know What It Is Doing?