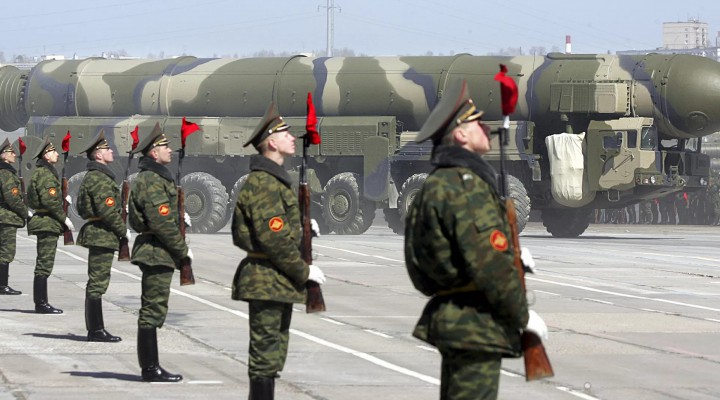 The Biden-Putin talks will not spell an end to Washington’s false narrative of a Russian “scare” and Moscow’s alleged intention to “invade” its post-Soviet neighbour, claims former Reagan administration official and economist Dr. Paul Craig Roberts.

Vladimir Putin and Joe Biden held a video conference on 7 December following weeks of US mainstream media hysteria over what they called Russia’s “imminent invasion” of Ukraine. Despite Moscow having repeatedly shredded the claim as nonsensical, President Biden went on outlining possible sanctions and threatening a further US-NATO military buildup in Ukraine if Russian troops “invade” its Eastern European neighbour.

Warning Biden against pinning the blame for the regional tension on Russia, Putin reiterated this thesis about Russia’s “red lines” with regard to Ukraine’s NATO membership and requested legally-binding guarantees that the transatlantic alliance will not expand eastwards.

Spheres of Influence: Rules for Thee but Not for Me

Prior to the high-profile talks between Biden and Putin, Secretary of State Antony Blinken stated that the US would not recognise Russia’s “sphere of influence” in its post-Soviet neighbourhood, calling it a thing of the past.

These statements do not mean, however, that Washington does not maintain its own spheres of influence in various parts of the world, says Dr. Paul Craig Roberts, ex-assistant secretary of the treasury under Ronald Reagan and former member of the Cold War Committee on the Present Danger.

Washington’s approach, however, is fraught with the risk of a new Cuban Missile Crisis-style deadlock in Europe, according to Russian Deputy Foreign Minister Sergei Ryabkov.

“We are offering an alternative [to a repeat of a Cuban Missile Crisis-style event] – the non-deployment of these kinds of weapons near our borders, the withdrawal of forces and assets which destabilise the situation, a rejection of provocative measures, including various drills. But we need guarantees, and the guarantees must be legal,” Ryabkov told Sputnik on 10 December.

Remarkably, the Cuban Missile Crisis of 1962 occurred as a result of Washington’s defiance of the Soviet Union’s “red lines” amid the Cold War. In January 2013, The Atlantic published an article called “The Real Cuban Missile Crisis” by Benjamin Schwarz. Schwarz quoted historian Sheldon M. Stern who had access to recordings that Kennedy secretly made of meetings with his top advisers, the Executive Committee of the National Security Council (the “ExComm”). According to the historian, “John F. Kennedy and his administration, without question, bore a substantial share of the responsibility for the onset of the Cuban missile crisis.”

The Atlantic’s Schwarz noted that having assumed the office in 1961 JFK ordered “the largest peacetime expansion of America’s military power, and specifically the colossal growth of its strategic nuclear forces.”

“This included deploying, beginning in 1961, intermediate-range ‘Jupiter’ nuclear missiles in Italy and Turkey – adjacent to the Soviet Union. From there, the missiles could reach all of the western USSR, including Moscow and Leningrad (and that doesn’t count the nuclear-armed ‘Thor’ missiles that the US already had aimed at the Soviet Union from bases in Britain),” noted the journalist.

Some American senators such as Albert Gore Sr. admitted at that time that the deployment of Jupiters had been nothing short of a “provocation.” According to the journalist, a plethora of scholars came to the conclusion that Jupiter missiles were “a key reason for [Soviet leader Nikita] Khrushchev’s decision to send nuclear missiles to Cuba.” Yet another reason was CIA’s Operation Mongoose against the Cuban leadership authorised by Kennedy in November 1961. The Mongoose Op came on the heels of the botched Bay of Pigs Invasion of April 1961.

Following a tense standoff between Moscow and Washington, the US agreed to Khrushchev’s quid-pro-quo proposal to remove Jupiter missiles from Turkey in exchange for the Soviet Union’s dismantling its rockets in Cuba, according to documents which were de-classified in the late 1980s. Schwarz noted that JFK concealed the US-Soviet swap from the American public and peddled a false story of the USSR “blinking first” and removing its rockets unconditionally. US Won’t Eradicate Tensions Which It Itself Created in Ukraine

Following the high-profile talks, mixed signals started coming from Washington. On the one hand, National Security Adviser Jake Sullivan stressed that Biden had not accepted Moscow’s red lines on Ukraine’s NATO membership and US military presence in the region. On the other hand, the US president hinted on Wednesday at a potential Russia-NATO summit to discuss Moscow’s concerns. Furthermore, the Associated Press reported that senior State Department officials had told Ukraine that NATO membership is unlikely to be approved in the next decade.

According to Dr. Roberts, one should not delude oneself into believing that the US is interested in reducing tensions over Ukraine which Washington has itself created.

Russia is Washington’s “enemy of choice” and the “Russian threat” is the basis for the American Empire, according to Dr. Roberts: “It is the justification for the $1,000 billion US military/security complex and for NATO which gives Washington a hold over Europe,” he stresses.

“The Putin-Biden talk will not end the allegation that Russia is preparing to invade Ukraine,” the former official says. “Washington is totally opposed to curbing the orchestrated hysteria over Russia’s intent to invade Ukraine. Washington created the hysteria for Washington’s purpose of scaring Europeans so they would agree to Washington incorporating Ukraine into NATO. Have Russians forgotten that Washington overthrew the elected Ukrainian government for the purpose of creating difficulties for Russia?”

Apparently, a Khrushchev-style response to the emerging “Cuban Missile Crisis 2.0” in Ukraine would have made Washington scale back its provocative campaign, according to Dr. Roberts.

“Whether Ukraine is admitted to NATO or not, what Washington is determined to do is to keep the ‘Russian threat’ very much alive, not eliminate it with negotiations,” the former official warns. “The Kremlin should remember what happened to President Trump because he said his intention was to restore normal relations with Russia, that is, to eliminate Russia as the ‘enemy of choice’.”

0 thoughts on “Did US Learn Cuban Missile Crisis Lesson Right & Could Moscow and Washington Avert Its Repetition?”