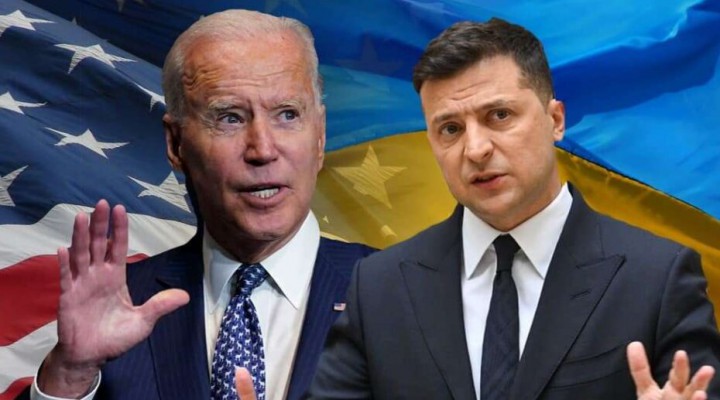 U.S. President Joe Biden and his top aides continue to assert that Russia is building up forces to attack its western neighbor.

A senior U.S. Democratic Senator revealed more than he intended when he gleefully expressed a desire to see Russia invade Ukraine and for it to become another “Afghan quagmire”.

Senator Chris Murphy who sits on the policy-influencing Senate Foreign Relations Committee told CNN at the weekend: “Ukraine can become the next Afghanistan for Russia if it chooses to move further.”

Murphy (48) is a vociferous anti-Russia hawk having previously declared Moscow a “permanent, persistent” national security threat to the United States. He is well connected to the U.S. foreign policy establishment through his committee work in the Senate and before that as a lawmaker on foreign relations committees in the House of Representatives. He is prominently associated with the Atlantic Council and Foreign Affairs journal which are the premier forums for debating U.S. imperial objectives.

Thus, Murphy’s remarks about comparing Ukraine to Afghanistan can be seen as not just an unfortunate slip of the tongue. His remarks reveal a deep-going calculation by Washington planners.

The massive media campaign orchestrated by the U.S. State Department and intelligence agencies over the past four weeks in which Russia is accused of planning an invasion of Ukraine is an extraordinary development. Bereft of facts or credible logic on the part of Russia, instead it seems most plausibly to be a contrived crisis aimed at provoking Moscow into a conflict.

Just last week, U.S. Secretary of State Antony Blinken was playing to the gallery by “warning” Russian Foreign Minister Sergei Lavrov that there would be severe repercussions if Russia invaded Ukraine. Moscow has dismissed these claims as unsubstantiated hysteria. It maintains that troops within its own territorial borders are a sovereign internal matter. In any case, the satellite images purporting to show Russian mobilization actually refer to military formations nearly 300 kilometers from the border with Ukraine.

Nevertheless, U.S. President Joe Biden and his top aides continue to assert that Russia is building up forces to attack its western neighbor. When Biden holds his video call with Putin Tuesday, it is expected to be a major talking point for the American side, even though the evidence for such serious claims is scant.

Western news media regurgitate tendentious American claims along with dubious satellite images as if they are solid facts. There is an unmistakable echo of the media-driven fabrication over alleged weapons of mass destruction in Iraq which was used to justify the U.S. and British war in 2003.

U.S. intelligence has also been shared at an unprecedented level with European and NATO allies in a bid to convince skeptical nations such as Germany that Russia is allegedly intending an invasion. U.S. intel is claiming that the offensive is only weeks away, perhaps at the end of next month.

The whole media frenzy has a madcap tone that is disconnected from reality. The buildup of military forces in the region is by the NATO-backed Kiev regime which has half of its total troop numbers now positioned near the contact line against pro-Russian separatists in southeastern Ukraine.

The Kremlin warns that the Kiev regime is ready to launch an offensive against the breakaway region to settle the more than seven-year civil war by military force. The Ukrainian political leadership has consistently shown disregard for implementing the 2015 Minsk peace accord.

Moreover, the United States and other NATO members have supplied billions of dollars worth of lethal weaponry to the Kiev regime as well as military trainers on the ground. The latest consignment of arms from the U.S. includes Javelin anti-tank missiles. In concert with this arms funneling to a Russophobic regime, the U.S. and NATO powers have embarked on rapid deployment of warships, nuclear-capable bombers and reconnaissance planes in the Black Sea region.

All the signals point to an invasion by an emboldened Kiev regime of the breakaway Donbass region. The plight of the ethnic Russian population in the face of wanton aggression will bring strong political pressure on Moscow to intervene militarily.

However, the dutiful Western media will report this like a self-fulfilling prophesy and lay the blame on Russia for “violating Ukraine’s territorial integrity”. Putin will be denounced as Europe’s “new Hitler” along with other absurdities laundered as truth. More economic sanctions will be unleashed against Moscow and most likely the Nord Stream 2 gas project between Russia and the European Union will be axed as a matter of Brussels’s “solidarity” with oppressed Ukraine.

The Americans will of course be laughing all the way to the banks in Wall Street invested in U.S. gas exports to Europe.

But the even bigger prize for Washington is the Machiavellian ploy that Russia will become bogged down in a long, bloody war against Ukrainian military battalions – some of them diehard Neo-Nazi fanatics like the Azov Battalion – which will be armed to the teeth by the United States.

This is akin to the infamous scenario connived by the Carter administration under the influence of national security advisor Zbigniew Brzezinski in 1979 when the Soviet Union was lured into Afghanistan to combat U.S.-backed Mujahideen fighters armed with Stinger missiles. That decade-long war grievously damaged the Soviet Union and arguably led to its collapse in 1991. No doubt, it is seen as Washington statecraft’s finest moment.

It seems the ghost of Brzezinski is trying to make a second coming for Ukraine.