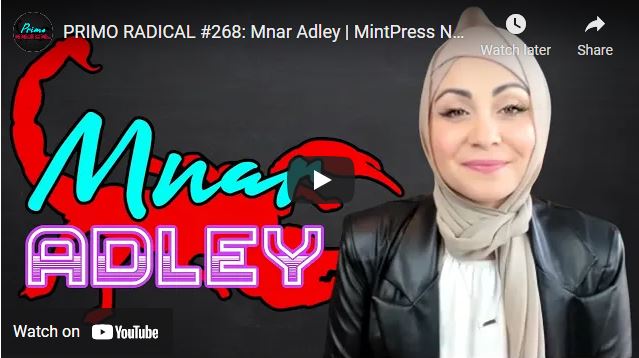 Mnar Muhawesh Adley is founder, CEO and editor-in-chief of MintPress News. Last week, MintPress and Adley — along with numerous other journalists and Consortium News — were banned by PayPal. In this discussion, Adley explains how this plays into the current NeoMcCarthyist censorship sweeping the Internet, and shares her thoughts on whether these trends (along with the new Disinformation Governance Board) might point to even more repression of dissidents in the United States.