HOME / SOCIAL/CULTURAL / This War Is A Propaganda Campaign Wrapped In A Psyop: Notes From The Edge Of The Narrative Matrix 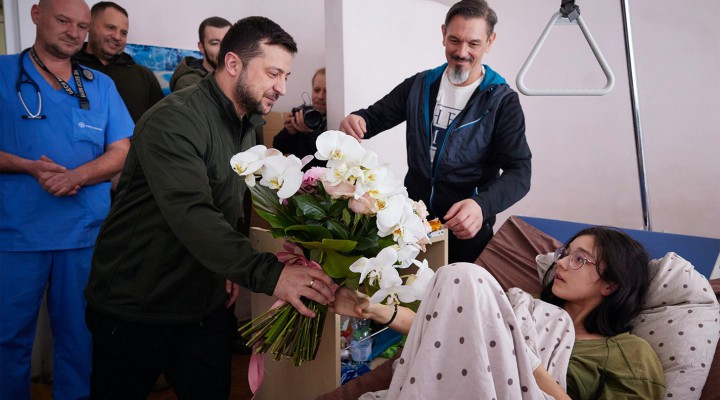 The country with the worst elections in the western world, whose government intervenes in foreign elections more than any other government on earth, is waging a dangerous proxy war to save democracy in Ukraine, a nation which is not a democracy by any reasonable definition.

It’s impossible to overstate how completely blanketed by propaganda distortion the Ukraine war is. US spooks saying they’re leaking disinfo to the press, Ukrainian war propaganda, the blackout on Ukrainian losses, the uncritical media acceptance of allegations against Russia, etc. This war is a propaganda campaign wrapped in a psyop.

There are only two possibilities: you either (A) accept the fact that the information ecosystem around this war is too polluted to know very much of anything for certain and adjust your perceptions accordingly, or (B) you believe false things about this war. That’s it.

Propaganda only works on people who don’t know they’re being propagandized. If you’re acutely aware that a historically unprecedented effort is going into manipulating your understanding of what’s happening in a strategically crucial war in the digital age, you’re more grounded.

One thing that helps is rather than forming hard beliefs about what’s going on in this war, assign probabilities instead. Label different narratives zero, low, moderate, high or very high confidence like a spook analyzing intelligence. Might as well, because spooks are distorting it all anyway.

This is one of those situations where your own best guess about what’s happening is infinitely superior to what you’re told by the news media, because at least you know your own best guess is assembled in good faith while you know news media narratives are rife with propaganda distortion. If you’re genuinely interested in understanding what’s going on with this war, get as much information from as diverse an array of sources as possible, preferencing those who don’t appear aligned with any power structure and aren’t egoically or financially invested in any side.

Zelensky, man. The last time a powerful empire poured this much PR and perception management into the image of a foreign Jewish leader it involved stained glass and crucifixes.

It was clear we’d reached a whole new level of Orwellian doublethink when it turned out liberals will call literally anyone in the world a Nazi except actual, literal Nazis.

You know capitalism is totally working when there are people getting paid millions to help start wars by people who make billions from wars while Silicon Valley megacorporations are censoring those who try to end wars and everyone’s praying the world’s richest man will stop this.

There are no “private” companies worth billions of dollars. In a corporatist system it is impossible to grow that big without becoming intertwined with ruling power structures. This is especially true for corporations of immense political consequence, like social media platforms.

We are surrounded by propaganda at all times. Our entire civilization is saturated with it. When you say you support internet censorship to stop “Russian propaganda”, what you are really saying is that you only want your own rulers propagandizing you.

The notion that some opinions are Russian is one of the most mind-destroying beliefs ever circulated in a secular society.

This is the real goal behind all the punditry advocating hot war with Russia: to move the Overton window of acceptable debate so far toward warmongering extremism that entirely moderate peace advocacy like supporting a negotiated settlement becomes a fringe lunatic position. https://t.co/eXV9Xi4WUs

The weirdest thing about interacting with Ukraine flag accounts online is how seriously they expect to be taken while saying ridiculous bullshit. No I’m not an evil demonic monster for opposing nuclear brinkmanship and online censorship and saying the US lies about wars. Shut up, idiot.

If you look at their responses to criticisms of the establishment line on Ukraine it’s always like ten percent MSM propaganda and ninety percent empty outraged sputtering. Just vapid emoting. And they sincerely seem to expect you to take that seriously and treat them like adults.

A mainstream news reporter is someone who uncritically publishes information provided by government agencies like it’s news and does investigative pieces on Twitch streamers who say wrong things about Ukraine and then wins three Pulitzers for their fearless hard-nosed journalism.

Watching Hollywood movies is weird when you’re acutely aware that everyone on the screen loves Biden and supports internet censorship and wants a no-fly zone over Ukraine.

0 thoughts on “This War Is A Propaganda Campaign Wrapped In A Psyop: Notes From The Edge Of The Narrative Matrix”