HOME / WORLD / Op-Ed: The T-word: When is an attack terrorism?

Op-Ed: The T-word: When is an attack terrorism? 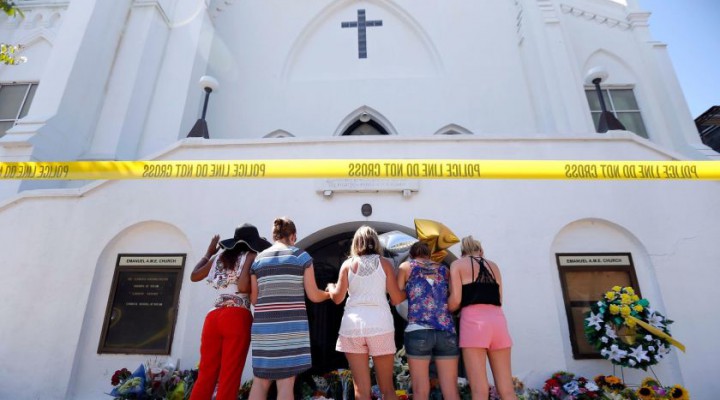 LATimes- When a gunman opened fire at the First Baptist Church in Sutherland Springs, Texas, on Sunday, the atrocity called to mind the 2015 shooting at the Emanuel African Methodist Episcopal Church in Charleston, S.C. Despite apparent similarities, these violent incidents were described quite differently. The Associated Press reported that the Sutherland Springs attacker, who killed 26, “doesn’t appear to be linked to organized terrorist groups.” By contrast, the Atlantic declared that the Charleston attack, in which nine people were killed, was “terrorism.” When an assailant shot to death 49 people last year at the Pulse nightclub in Orlando, CNN called the massacre “the worst incident of domestic terrorism since 9/11.” Last month, when a shooter killed 58 people at a music festival on the Las Vegas Strip, news outlets described him as a “granddad,” a “gambler” and a “former accountant” — but not as a terrorist. On Halloween, when a driver rammed a truck into a crowd of pedestrians and bicyclists in Lower Manhattan, killing eight, he was identified as a “terror suspect.”

The British ambassador to the United Nations, Sir Jeremy Greenstock, asserted after the Sept. 11, 2001, attacks: “Increasingly, questions are being raised about the problem of the definition of a terrorist. Let us be wise and focused about this: Terrorism is terrorism. What looks, smells and kills like terrorism is terrorism.” Use of the T-word is arguably straightforward for some tragedies — if, for instance, the perpetrators openly declare their allegiance to the Islamic State. But for a growing number of people, terrorism may seem like the opposite of pornography: They don’t know it when they see it.

The terrorism scholar Alex Schmid spent four years researching a definition of terrorism. In the first line of the second edition of his book, he concludes that the “search for an adequate definition is still on.” Indeed, there are more than 100 definitions of terrorism, according to the historian Walter Laqueur.

This lack of consensus isn’t surprising when you consider that governments around the world apply the T-word instrumentally to isolate and discredit their enemies at home and abroad. In authoritarian countries, such as Egypt and China, even peaceful dissidents risk being called terrorists. The leaders of democracies are also incentivized to use the T-word after an attack, as studies have found that terrorism tends to induce a rally-round-the-flag effect, strengthening the hand of the executive. Given its interests in combating Salafists and Zionists, Iran regards Hezbollah as a resistance group whereas the United States, Israel and some European capitals view the “Party of God” as terrorists.

It’s no wonder we’re having a tough time fighting the terrorists when there’s still so much confusion over who they are.

Sometimes governments revoke the terrorism label when geopolitical circumstances change. Historically, the United States regarded the Kurdistan Workers’ Party, or PKK, as a terrorist group given its bloody attacks in Turkey for Kurdish independence. But when the United States came to rely on the Syrian Democratic Forces as anti-Islamic State ground troops in Syria, Washington refrained from calling them the T-word, despite their reported PKK ties.

Compared to governments, academics have more agreement and consistency in their terrorist coding. Although definitional consensus remains elusive, political scientists increasingly employ the T-word when three criteria are met.

At least in theory, a violent act is deemed terrorism when it’s perpetrated by a non-state actor against a civilian target for a political goal. That means a lone wolf or larger organization using violence rather than a proper army; a soft target like a church, mosque, synagogue or school rather than a tank or military base; in pursuit of a cause like national self-determination, white supremacy, a caliphate or Communist revolution rather than because of mental health problems, a personal dispute or selfish reasons such as greed.

This is a neat coding scheme until you try to apply it. For starters, violent organizations often act as proxies for governments — just ask the Taliban. Recently, I gave a terrorism presentation in New Delhi. The audience confessed that they didn’t understand my definition of terrorism because in their minds it’s synonymous with Pakistan.

And some targets are only quasi-civilian, like the King David Hotel in Jerusalem that the Irgun struck in July 1946 to end the British occupation. Disguised as hotel waiters, Irgun operatives planted a bomb in the basement of the hotel, killing 91 people, mostly civilians: 41 Arabs, 28 Britons, 17 Jews, as well as two Armenians, a Russian, an Egyptian and a Greek national. The dead included hotel employees and typists, canteen workers and five members of the public who happened to be in the hotel or on the street when the bomb detonated. But this hotel wasn’t a normal hotel. It served as the headquarters for the British Armed Forces in Palestine. By all accounts the intent wasn’t to harm civilians. As Bruce Hoffman notes in his book on the Irgun, “The attack’s target … was neither the hotel itself nor the persons working or staying in it, but the government and military offices located there.”

More recently, on the afternoon of May 22, 2013, a British man named Lee Rigby was going for a walk on Wellington Street when he was stabbed to death by a pair of self-described jihadists. Although off-duty, wearing a hoodie and clearly a non-combatant, Rigby was targeted for being a machine-gunner in the 2nd Battalion of the Royal Regiment of Fusiliers en route to the barracks.

But perhaps the trickiest criterion is motive. Psychologists have found that we often don’t understand our own behavior, never mind the behavior of others. Not even the best scholars have direct access into the minds of terrorists. Although all terrorist groups have a political platform, that doesn’t mean members are fighting to achieve them. On the contrary, research finds that most people join terrorist groups not to attain their official goals, but for the social solidarity associated with a tight-knit group.

Oftentimes, we don’t even know which group committed the attack. Since 1970, the modal terrorist attack has gone unclaimed. Although Islamic State claims its attacks (and sometimes those of others), its members are typically clueless about religion and politics, a function of the group having zero admissions standards. Was the Pulse shooter really an Islamic State devotee or was he mentally disturbed? In all likelihood, he was both. Perhaps you have to be mentally disturbed to think that shooting innocent people at a nightclub will lead to a caliphate.

It’s no wonder we’re having a tough time fighting the terrorists when there’s still so much confusion over who they are.

0 thoughts on “Op-Ed: The T-word: When is an attack terrorism?”