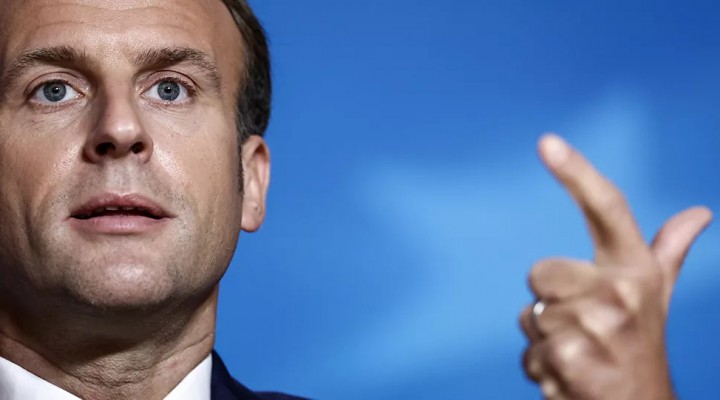 The world has been rightly shocked by the sickening murder of a French schoolteacher by a self-styled jihadist incensed that the educator allegedly displayed cartoon images of the Prophet Mohammed in classes about freedom of speech.

Samuel Paty was ambushed on his way home near Paris and decapitated by his knife-wielding attacker who was then shot dead by police officers. The jihadist was a Russian-born teenager of Chechen heritage.

French President reportedly held an urgent phone call this week with Russian leader Vladimir Putin urging Russia to redouble cooperative efforts to fight terrorism. Macron’s appeal is besides the point, as the 18-year-old killer grew up most of his life residing in France. So what is Macron implying? That Russia somehow bears responsibility for the atrocity because the man was of Russian origin? That’s ridiculous reasoning but, one surmises, it plays to the irrational Russophobia among Western governments and media.

Would Macron have made the same kind of phone call to Donald Trump if the assailant were American-born, or to Angela Merkel if he were German-born?

Furthermore, Macron’s insinuation that Russia needs to do more to combat terrorism is also absurdly misplaced. No country has done more to curb jihadist terrorism than Russia. The clearest achievement in that regard was Russia’s military intervention in Syria to aid that allied state towards defeating a veritable proxy army of hardcore terrorists who went by all sorts of myriad organizational names.

If it wasn’t for Russia’s principled intervention in Syria five years ago, at the request of the Syrian government, the Levantine country would most likely be overrun by now with head-chopping militia. As it turned out, however, Syria’s victory has largely been assured against these mercenary gangs who today huddle in much-reduced redoubts in northern Syria.

The mercenaries that ransacked Syria were recruited from dozens of countries around the world, descending on the Arab country to wage a covert war for regime change on behalf of the United States and its European NATO allies, primarily Britain and France. The militants were fueled by a death-cult ideology and weaponized by the American CIA and their British and French military intelligence counterparts working in cahoots with Turkey, Saudi Arabia and Israel.

Many of these so-called jihadists came from European states and there is evidence that the state intelligence agencies permitted these radicals to travel clandestinely to Syria in order to do the dirty work of regime change against the Syrian government. That regime-change objective involved unleashing a campaign of unspeakable terrorism against civilians with the deliberate intention of terrorizing Syria into submission.

Issues of freedom of speech, blasphemy and multiculturalism are part of the mix in the uptick of terrorism by jihadists across Europe, from the Charlie Hebdo massacre in Paris in 2015, to the bomb attack on a concert hall in Manchester in 2017, to the latest gruesome murder of the French schoolteacher.

But the main issue missing from the grieving and anguish is the criminal role that Western states played in weaponizing these terrorist networks in the first place for their regime-change machinations in Syria and elsewhere.

That’s why Emmanuel Macron’s appeal to Russia to do more to fight terrorism is deserving of contempt. For the French state, among other NATO powers, was a sponsor of the very kind of jihadist terror that now haunts it. France is reaping a bitter harvest from seeds of terror that it and its NATO allies sowed in Syria.

When asked about the assassination of US President John F Kennedy in November 1963, the black civil rights leader Malcolm X retorted it was a case of “chickens coming to roost” – referring to nefarious intrigues and murderous skulduggery in foreign policy of American leaders coming back with domestic havoc. The problems facing Europe from jihadist terrorism are of the same bad karma engendered by criminal governments waging covert wars of regime change against sovereign nations.