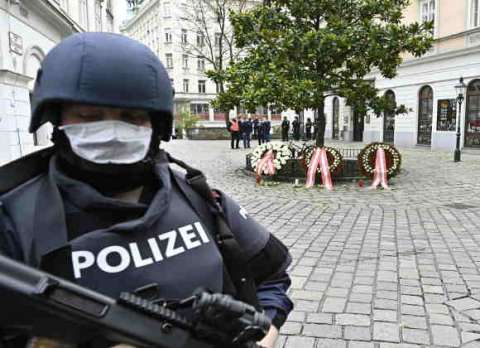 Are we facing a fresh wave of terror that poisons relations between European governments and their Muslim populations?

Monday evening’s terrorist attack in Vienna was a serious development. It could prove to be the prelude to more acts of horrific and indiscriminate violence against civilians in Europe that aggravates current tensions between incumbent governments and their Muslim immigrant communities.

This act of terror differed in several important respects from the previous attacks that took place recently in France and other European countries.

It was a concerted operation, employing firearms rather than knives, that targeted six locations simultaneously, killing four people and wounding many more who happened to be in the vicinity. It apparently involved several assailants, most of whom the Austrian police have yet to identify or apprehend.

This suggests they were members of a cell – or more than one cell – of a terrorist organisation that has established a presence, or branches, in Europe, and employs ‘professional’ organisers and perpetrators. In other words, it was not a ‘lone wolf’ incident.

It has been reported that one of the suspects is a 22-year-old youth who was sentenced to nearly two years in detention for trying to travel to Syria to join the Islamic State group (Daesh). This could mean that this organisation has not been crippled or annihilated as widely claimed. It may instead have transferred its focus to Europe now that its new leadership has greater freedom of movement after being relieved of the massive administrative, security and financial burdens of running a territorial ‘state’.

The youth who beheaded a French schoolteacher after he displayed obscene cartoons of the Prophet Muhammad was of Chechen origin, and one of the Vienna attackers was of North Macedonian parentage. They were both very young. This indicates that ‘the threat’ is broader than European intelligence agencies have previously assumed. It reveals major flaws in their analysis and surveillance methods, which have focused on insufficiently assimilated first or second-generation immigrants, particularly of North African heritage.

It may help to employ an iron fist policy in dealing with these attacks, their perpetrators and their ideological and family backgrounds. But that will never be sufficient amid the rising tide of Islamophobia and its prejudices in Europe and their indirect adoption by some European governments.

‘Freedom of Expression’ should not become the sole preserve of Islamophobes. European Muslims should also enjoy that right, including the right to defend the causes of their countries of origin and give voice to the grievances of their co-religionists.

French and Western media in general amplified President Emmanuel Macron’s diatribes against ‘Islamist terrorism’, but gave little space to voices that tried to explain the roots of the problem and criticise his government’s mistakes and high-handed responses and its failure to take political and social grievances into account.

It goes without saying that we condemn any and all acts of violence, terrorism and decapitation. But European governments also need to reappraise their policies that marginalise large sectors of their populations that are of non-European origin and allow those communities’ spokespeople – not just the loyalists and cheerleaders among them — access to media platforms and a proper hearing. Europe was fairer in this regard 30 or 40 years ago, and more immune as a result of domestic violence and terrorism. The alienation of Muslim communities in recent years grew as European media became more corporate, monochrome and anti-Islamic in conjunction with the devastating military interventions launched against several Arab and Islamic countries.

The blame should not be placed solely on the environment that nurtures these misguided Muslim youths. It should also be directed at the European governments that lost their bearings and adopted a skewed interpretation of freedom of expression that views extremism as a purely Islamic trait.

0 thoughts on “Looking behind the Vienna attacks”