HOME / WORLD / Tens Of Millions Of People Displaced By The ‘War On Terror’, The Greatest Scam Ever Invented 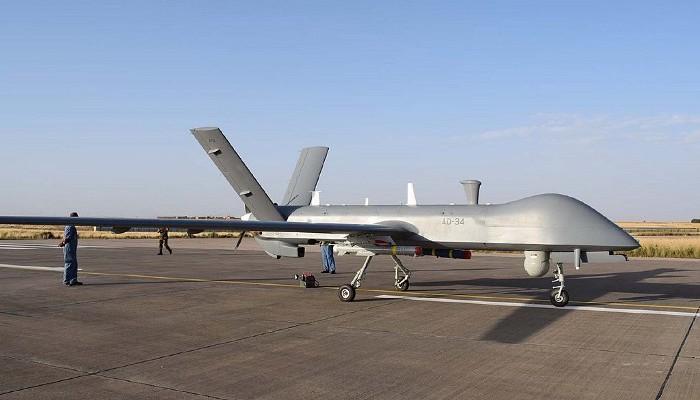 A new report from Brown University’s Costs of War project has found that at least 37 million people have been displaced as a result of America’s so-called “war on terror” since 9/11, a conservative estimate of a number that may actually be somewhere between 48 million to 59 million.

That number, “at least 37 million”, happens by pure coincidence to be the exact same number of Americans reported to suffer from food insecurity because their government spends their wealth and resources killing and displacing people overseas.

This inconvenient revelation, which was actually reported on by The New York Times for once, is causing conniptions for all the right people, with The Washington Post’s neoconservative war propagandist Josh Rogin ejaculating, “The @nytimes should be ashamed for running this as ‘analysis.’ Blaming the U.S. for the displacement of 7 million Syrians is crazy and dishonest. Way to launder anti-American propaganda.”

The @nytimes should be ashamed for running this as "analysis." Blaming the U.S. for the displacement of 7 million Syrians is crazy and dishonest. Way to launder anti-American propaganda. https://t.co/c2hpAtHAok

Sure Josh, it’s not like the extremist forces who flooded Syria with the goal of toppling Damascus were backed by the US and its allies and sprung into existence as a direct result of the regional destabilization caused western interventionism in the name of fighting terror. Oh wait no that’s exactly what happened.

“This has been one of the major forms of damage, of course along with the deaths and injuries, that have been caused by these wars,” the lead author of the report David Vine told The New York Times. “It tells us that U.S. involvement in these countries has been horrifically catastrophic, horrifically damaging in ways that I don’t think that most people in the United States, in many ways myself included, have grappled with or reckoned with in even the slightest terms.”

Tens of millions of people forced to flee their homes in desperation as a result of the violence and destabilization caused by US interventions justified by the need to fight “terrorism”. How many Americans have indeed grappled with or reckoned with this in the slightest terms? Contemplated the scale and the depth of the suffering those interventions are causing real human beings with the same capacity for anguish as themselves? Asked themselves if the ends really justify the devastating means?

And, perhaps most importantly, asked themselves if they are quite sure who the real terrorists are in this situation?

"At least 37 million people have been displaced as a direct result of the wars fought by the United States since 9/11…does not include the millions of other people who have been displaced in countries with smaller U.S. counterterrorism operations"https://t.co/ztxw8K5wjp

The “war on terrorism” is just high-budget, mass-scale terrorism, and it creates more terrorism of the ordinary variety as well. Suicide bombings have been unequivocally shown to be almost entirely the result of western interventionism; they were simply a non-issue in Iraq and Afghanistan prior to US invasions there for example. The “war on terror” is not only terrorism itself, it is an established fact that it actually creates more of the type of terrorism it purports to eliminate.

And why wouldn’t it? Why wouldn’t destroying and destabilizing entire nations cause people to want to fight back against you? It is self-evident that it would, just using your own empathy and understanding of human nature. As Jonathan Marshall wrote for Consortium News in 2017:

“These findings throw into stark relief the question of how counter-terrorism and wider security functions of governments in at-risk environments conduct themselves with regard to human rights and due process,” concludes the report, based on interviews with more than 500 former members of militant organizations.

“State security-actor conduct is revealed as a prominent accelerator of recruitment, rather than the reverse. . . These findings suggest that a dramatic reappraisal of state security-focused interventions is urgently required.”

Numerous other experts have drawn similar conclusions from conflict zones in the Middle East and Asia. In 2008, a RAND Corporation report on Lessons for Countering al-Qa’ida warned the U.S. military to “resist being drawn into combat operations in Muslim societies, since its presence is likely to increase terrorist recruitment. . . . Military force usually has the opposite effect from what is intended: It is often overused, alienates the local population by its heavy-handed nature, and provides a window of opportunity for terrorist-group recruitment.”

Similarly, the Stimson Task Force on U.S. Drone Policy, composed of former senior officials of the CIA, Defense Department and State Department, warned in 2014 that U.S. strikes had strengthened radical Islamic groups in the Middle East, Africa and South Asia.

There is simply no doubt whatsoever that the “war on terror” does the exact opposite of what it purports to do in every conceivable way. This is an utterly and indisputably established fact.

So why does it continue, then? Why is this mass-scale project of intervention and occupation not just continuing but actually escalating, despite the fact that we know beyond a shadow of a doubt that all it does is create more misery, displacement and terrorism?

Easy: because that’s exactly what it’s designed to do.

Step 1: Destroy nations and displace tens of millions of people.
Step 2: Wait for some of those people to hate you and want to fight back.
Step 3: Use their desire to fight back as justification to repeat Step 1. https://t.co/XVRyEVToZy

Perhaps the single greatest scam ever devised is the way the US-centralized empire found that it can kill and displace people in geostrategically crucial and resource-rich regions under the guise of fighting terrorism, then when violence and extremism inevitably arises out of that mass-scale trauma they can use it to justify even more interventionism under the guise of fighting terrorism. It’s an endless self-reinforcing positive feedback loop of violence, and it enables imperialist forces to move ever more troops, bases and war machinery into the areas they need to lock down to help them choke off nations that disobey them.

We are ruled by monsters.

0 thoughts on “Tens Of Millions Of People Displaced By The ‘War On Terror’, The Greatest Scam Ever Invented”