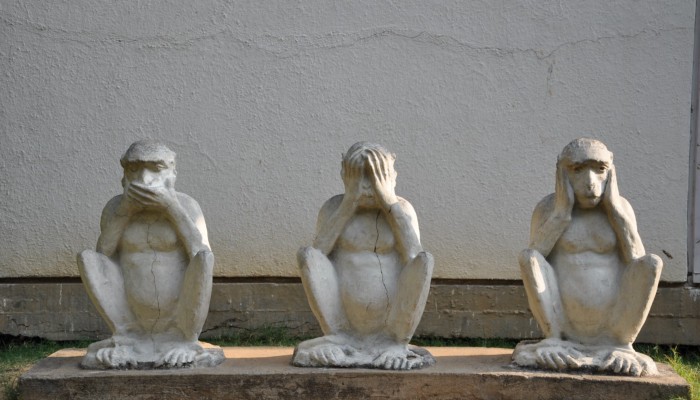 The US military has been unable to find any evidence that the Russian government paid bounties on US troops to Taliban-linked fighters in Afghanistan, confirming what was already obvious to anyone who hasn’t had their brain stem hijacked by mass media-induced Russophobia.

Two months after top Pentagon officials vowed to get to the bottom of whether the Russian government bribed the Taliban to kill American service members, the commander of troops in the region says a detailed review of all available intelligence has not been able to corroborate the existence of such a program.

“It just has not been proved to a level of certainty that satisfies me,” Gen. Frank McKenzie, commander of the U.S. Central Command, told NBC News. McKenzie oversees U.S. troops in Afghanistan. The U.S. continues to hunt for new information on the matter, he said.

“We continue to look for that evidence,” the general said. “I just haven’t seen it yet. But … it’s not a closed issue.”

McKenzie’s comments, reflecting a consensus view among military leaders, underscores the lack of certainty around a narrative that has been accepted as fact by Democrats and other Trump critics, including presidential nominee Joe Biden, who has cited Russian bounties in attacks on President Donald Trump.

Like many other critical voices, I said from the beginning that there was no reason to believe the Russian bounties narrative and that the mass publication of baseless and nonsensical claims circulated anonymously by US intelligence operatives constitutes journalistic malpractice. There is no excuse for a reporter to ever present anonymous CIA press releases under the guise of news, especially when they make no sense; the US-centralized coalition in Afghanistan is a hostile occupying force and there are an essentially limitless number of people there who require no financial incentive to attack them.

But this is exactly what happened. Once the news media had reported the unsubstantiated rumor given to them by anonymous spies, spinmeisters like Rachel Maddow began presenting it as an objective fact that had been fully authenticated, and from there the entire Democratic political/media class began months of loudly babbling about how suspicious it is that the US president hadn’t confronted Vladimir Putin and sanctioned Russia in response to this verified fact.

And it was never anything of the sort. It was fake. But now aggressions have been ramped up against Russia, Trump has been painted as a Putin puppet who hates the troops, Senate Democrats have introduced a bill mandating sanctions on any Russians involved in this imaginary conspiracy, and legislation has been passed making it harder for Trump to withdraw troops from Afghanistan.

The story did its job, and now that it’s proven false the same people who promoted it are uniformly ignoring the new evidence which clearly shows it to have been bogus.

This story has been so ubiquitously promoted within the establishment liberal echo chamber that it’s impossible to list all the dishonest portrayals it’s been given since June, but to pick just a few recent examples:

Again, that’s just a very few very recent examples. Now that their claims have proven false, how many of these highly influential people do you think are using their massive platforms to spread awareness of this fact? Take a wild guess.

If you said zero, you are correct. In fact Democratic Party influencers are even continuing to promote the debunked Russian bounties story many hours after the report debunking it became available on mainstream platforms. Andrew Bates, Director of Rapid Response for the Biden campaign, just tweeted that “Trump is giving Russia a pass for putting bounties on the heads of American service members.”

At a time when Trump is giving Russia a pass for putting bounties on the heads of American service members.

Team Trump needs so much reminding: this is A-M-E-R-I-C-A.

"Trump ad asks people to support the troops. But it uses a picture of Russian jets" https://t.co/7CxCWBfXp7

Again, this is hours after it’s been public knowledge that this is a completely false thing to assert.

And we can absolutely expect this to continue. We can absolutely expect establishment Democrats to continue bleating about Russian bounties in Afghanistan for as long as it is politically convenient to do so. They never let the lack of evidence for their position get in the way before, and they won’t let it get in the way now. The arguments that they make for their power-serving position are not designed to reflect truth or reality, they are designed to serve power. That’s exactly what echo chambers are for.

An email published by WikiLeaks in 2016 was sent by Democratic Party insider John Podesta to billionaires George Soros, Peter Lewis, John Sperling, and Herb and Marion Sandler in 2007 with a detailed and structured overview of material the group had covered during a meeting they’d had in September (to read the email click ‘Attachments’ and then ‘2008 Combined Fundraising, Message and Mobilization Plan’). Among the thing these powerful manipulators discussed was the creation of a “robust echo chamber” to be used in the party’s interests.

On page two of the attachment:

“Control the political discourse. So much effort over the past few years has been focused on better coordinating, strengthening, and developing progressive institutions and leaders. Now that this enhanced infrastructure is in place — grassroots organizing; multi-issue advocacy groups; think tanks; youth outreach; faith communities; micro-targeting outfits; the netroots and blogosphere — we need to better utilize these networks to drive the content of politics through a strong “echo chamber” and message delivery system”.

And on page four:

“Create a robust echo chamber with progressive messaging that spans from the opposition campaigns to outside groups, academic experts, and bloggers.”

Usually when you see the names Podesta and Soros presented together it just means you stumbled into a bad corner of the internet pervaded by sloppy thinking and an irrational trust in anonymous 8chan posts, but in this WikiLeaks email we actually get a useful glimpse into the reason people can keep babbling about something that’s completely divorced from the truth without being smashed by cognitive dissonance. The fact that echo chambers are actively created by establishment manipulators enables establishment-friendly narratives to remain afloat long after evidence should have sunk them.

Read the comments from liberals on this tweet from July. They were all 100% certain there was proof that Russia had paid bounties on US troops to Taliban-linked fighters, because people like @Maddow told them so. Now the top US commander in Afghanistan says there's no evidence. https://t.co/IJNDq1PPyK

Several weeks ago I tweeted “It’s clear that ‘Russia paid bounties to Taliban fighters’ is one of those narratives the propagandists decided to ram into mainstream consciousness until they force it to become consensus orthodoxy by repetition and sheer force of will, with zero interest in facts or evidence.”

This has indeed happened, and it will continue to happen. The oligarchs who rule over us have so thoroughly divorced the information ecosystem from truth that they can get people to believe just about anything. They do this because they understand that humans are storytelling animals and you control the humans by controlling the stories. We will be unable to fight lies with truth until we collectively understand this fact as well as our oppressors.