HOME / SOCIAL/CULTURAL / The 15th anniversary of launch of Press TV

The 15th anniversary of launch of Press TV 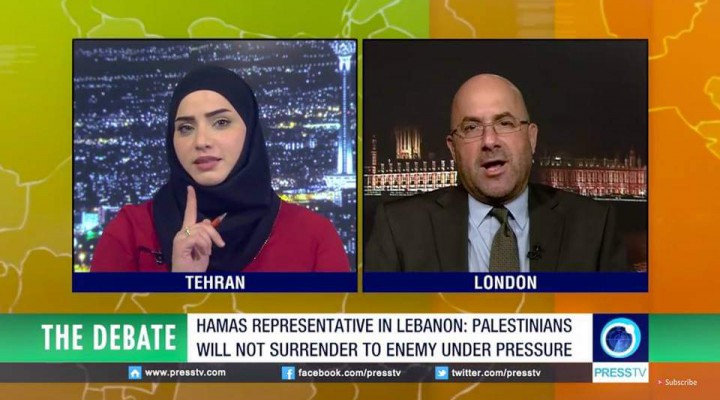 Press TV tries to stand out as the “Voice of the Voiceless” in the world as it observes the professional standards of a news network, seeks to follow the motto “News from a New Perspective” in its pursuit of Iran’s Islamic Revolution discourse, and strives to reach out to English-speaking people around the globe, including those in Europe, the US, and Africa.

Now, on the occasion of the anniversary of the launch of this news channel, we had an interview with Marwa Osman, one of the producers and presenters of PressTV which you can read below.

Dr. Marwa Osman, mother of 3 young girls, is a university assistant professor at Lebanese International University and Maaref University in Beirut. She has a Master degree in Media Studies, an MBA in Business Administration and a PhD in Management.

Before joining to PressTV, she was working as a consultant in a Management and PR firm after graduation which led her to Media. She added, “I then took a job as a producer/editor at Etejah TV then anchor then TV presenter while pursuing my higher education. Then I Took a break from TV to finalize my PhD then afterwards in 2019 returned to media through PressTV. All the while writing Op-eds and being a regular analyst at several news TV channels and News Websites.”

Marwa Osman started her role at PressTV in 2017 to produce and present her own show, MidEaStream. She stated, “Press TV represents my ideology, beliefs and political stances. I feel proud to be part of Press TV’s team.”

In response to the question “Have you ever been offered to work for other news channel while working for PressTV?” she replied, “Yes I have but they were in Arabic language and I prefer the work environment here at Press TV. I think my niche market segment is here at Press TV and the audience and followers have made it clear that they like me the way I am. I doubt any other channel would allow such an independence and trust. Also I like loyalty. It makes me feel safe and confident. Those are crucial feelings for my productivity.

According to Marwa Osman, MidEaStream is made to introduce west Asia’s news, events and updates to the world from a native point of view; “Something that the western mainstream media never approaches”.

She added, “We present at the MidEaStream the narrative if the people on the ground, from native analysts either than western ones. We do have westerners on but only those who have actually been to west Asia and have a true judgment of the events at hand.”

Producer of MidEaStream program at PressTV said presenting views and narratives at PressTV rarely ever found on other English speaking networks. “Sure other channels have more money for production but I believe Press TV is doing a great job. Hopefully when sanctions ease better studios and production techniques can be made available for us all.”

“For each topic of the program, I have my own list of guests/friends. We got hold of each other over the years while we supported the same causes .Each guest I have I ask from him new contact numbers of people he or she trusts (Since I trust my guests I know they will pitch me like-minded people). I also contact new people whom I like their analysis on twitter or when I read their OpEds. Last one works like 70% of the time.” She noted.

Producer of MidEaStream said, “I work on a weekly basis as our region is never calm”. She added, “I choose the topic that is usually controversial and with real time reporting to keep news up to date. I usually tackle non-timely topics when I have a scientific conference or symposiums outside Lebanon. This allows me to record a week or so ahead of broadcast time and still be relevant to the regional news”.

When asked about the feedbacks of the viewers, she said, “My youtube subscribers are usually very positive with their feedbacks. My twitter followers tend to react with the program INTRO really well. I cannot sadly share anything anymore on facebook as I have been suspended many times when I share my show. My show’s page is restricted on Facebook and my show’s account of twitter got also suspended. This only tells me that we are getting on ‘western values’ “.

0 thoughts on “The 15th anniversary of launch of Press TV”