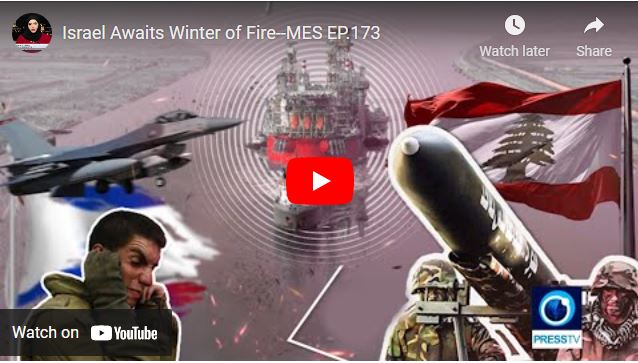 It is set. In the absence of an agreement in the coming weeks that would regulate the maritime borders between Lebanon and the Zionist Israeli entity, Hezbollah will move towards what it already warned the Israeli entity against; a war to preserve Lebanon’s right in its natural resources. Israel is striving not to reach war, because, as simply put by a prominent Hezbollah field commander who gave an exclusive interview the Lebanese daily Al-Akhbar, if Israel leads us to war, we will fight it vigorously.

The field commander warned that any upcoming war will be devastating for the Zionist entity in every sense of the word, affirming that the destruction of the entity will be greater than it ever imagines.

To discuss this issue with us from Beirut is Dr. Mkhail Awad, author, political commentator and media director of the Global Gathering in support the choice of resistance.

Since 2016, the US occupation Al-tanf base has been located at the intersection of the Syrian-Iraqi-Jordanian border, supposedly housing “Maghawir al-Thawra” faction, as it was the base that was established to fight Daesh. Coincidentally, or not, the presence of Daesh is still concentrated in the nearby valleys of that specific base, a presence that is activated from time to time, perhaps to bring an international justification to extend the life of the American occupation of Syrian territory.

However, these attacks have intensified and expanded hours after the American assault on Deir Ezzor last week, putting these attacks at a pace of systematic escalation separate from any possible political development in Vienna.

To discuss this issue with us from Damascus is Mr. Tahseen Al Halabi, political commentator and researcher.

US oil theft in Syria, the history and the misery it has caused