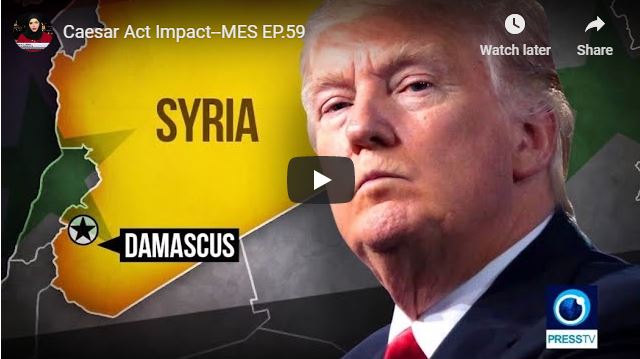 The United States has imposed new sanctions on the war-torn Syria in a bid to increase pressure on the Damascus government which is scoring victories against foreign-backed militants. As these US sanctions are directed against the Syrian people and violate all possible international rules, Syria decided to resist the sanction pressures as persistently as it does terrorism. To discuss this issue with us from Sydney is Tim Anderson author of “The Dirty War on Syria” and “The Axis of Resistance: Towards an Independent Middle East”.

Meanwhile, Yemeni civilians are again being targeted by the Saudi-led coalition airstrikes in northern Yemen. The US-backed aggression force launched dozens of air raids on four provinces across the country throughout last week. Meanwhile, at least 80 percent of the 28 million-strong population is now reliant on aid to survive in what the United Nations has called the world’s worst humanitarian crisis. To discuss this issue with us from Sydney is Jay Tharappel, member of the Yemeni Solidarity Council.