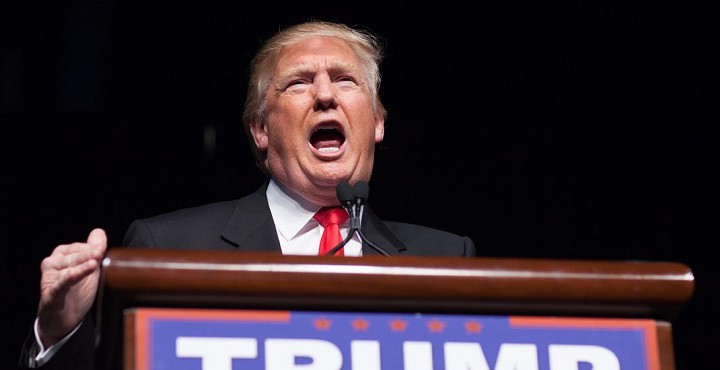 On December 20, 2019, Donald Trump signed H.R.31/S.52, the Caesar Syria Civilian Protection Act. In it, he accuses Russia and Syria of murdering hundreds of thousands of civilians inside Syria through a series of coordinated war crimes including bombing hospitals, orphanages and schools and staging dozens, if not hundreds of chemical attacks.

Of course, no chemical warfare attacks were perpetrated by Russia or Syria, quite the opposite, all such attacks, some real, some staged for media, are clearly tied to the United States, Israel and their terror allies.

From a CIA backed organization tied to al Qaeda and ISIS, known as Americans for a Free Syria:

“I have waited years for this day: with his signature, President Trump has taken tough action to hold the criminal Bashar Assad—responsible for the deaths of hundreds of thousands of Syrians—accountable for his reprehensible attacks on civilians,” said Ismael Basha, President of Americans for a Free Syria. “Knowing Caesar sanctions are on the horizon, Assad and his allies have ramped up their attacks on civilians in Idlib province, bombing residential areas in Maarat al Numan and Saraqeb. These sanctions are needed more than ever. The Administration must not delay in bringing the full weight of the Caesar Act to bear on Assad and his thugs.”

“Since the defector Caesar came to Congress in 2014 to bear witness to Assad’s brutality, lawmakers have worked tirelessly alongside their Syrian American constituents to urge two Administrations to action. By sending the Caesar Act to the President’s desk, Congress has delivered a message, loud and clear, to the Syrian people that the U.S. will push to ensure their perpetrators face economic and legal justice,” said Erica Hanichak, Government Relations Director for Americans for a Free Syria.

“The President signing ‘Caesar’ opens a new chapter in U.S. Syria policy. The most crucial step comes now, in implementing it. Now that the legislation has officially been signed into law, those who would continue feeding Assad’s war machine are on notice. Once it’s taken effect, the economic weight of ‘Caesar’ will give the State Department needed leverage for talks in Geneva toward a political transition.”

The stated goal, a betrayal of agreements long in place with Russia, establish Trump policy as the utter defeat of the Syrian people and their elected government and the establishment of a puppet state ruled by the US.

The idea of this, as the Syrian Arab Army and their allies with the Russian Aerospace Forces are starting to cleanse Idlib Province, the last terrorist bastion, is pure insanity.

Then again, there are two more terrorist bastions, one in the Syrian oil fields East of the Euphrates, the oil that Trump boasted as “seizing” and another near the Jordanian border where Trump regime forces are infiltrating weapons to isolated cells of ISIS terrorists still at large in the Western Desert.

The “Caesar” issue originated in 2014 when 50,000 photographs were delivered to the US, allegedly from an anonymous source using the name “Caesar” which allegedly depict war crimes by the Assad government.

At that time, it was not openly known in the West that the “Free Syrian Army” was, in fact, simply an offshoot of al Qaeda and ISIS and under CIA control, facts long established since.

Examinations of the photos by independent investigators show them to be cut and past or Photoshop concoctions, primarily using sections of photos dead and wounded during the fighting mostly in Hama and Aleppo Provinces.

Key, of course, is that many of the photos are of victims of US backed groups who summarily executed Syria officials and their families in terrorist occupied areas. Other photos are clearly of unidentified combat dead, of Middle Eastern appearance, perhaps from Syria, perhaps from Yemen or Iraq, as the photos have no metadata.

What is clear is that they are images without context delivered to the perpetrators themselves and represented as fact without validation of any kind.

What is most important is this, as Russian President Putin stands stalwartly by Donald Trump during his impeachment ordeal, Trump has made every effort to blacken and besmirch Russia in their efforts to fight terrorism and to belittle the sacrifices of the Russian dead inside Syria, most of whom we note were killed by American air and artillery “accidentally.”

What is equally important is that Trump is using propaganda material, not unlike the fake Facebook posts he depended on as “proof” of Syrian gas attacks in Douma, fabricated in the most childish manner as basis for his polices.

Those who took the time to examine the trove of fake evidence find material taken off YouTube and Facebook, sometimes the same material with pieces of one photo transposed on another, an easy task with today’s software, “evidence” any child with an iPad could create and seemingly did in this case.

The same photos were used over and over as different people with fake investigative case numbers created to push up the numbers.

Typical examples are case 765908 from Human Rights Watch which is the same person as case 948944.

The origin of most of the photos is supposedly the archives of the Syrian Ministry of Justice under Dr. Najem Al Hamad.

In 2014, I visited Damascus as a guest of Dr. Najem and reviewed records on terrorist arrests and detentions at the Ministry of Justice facility along with Dr. Franklin Lamb and a combined Russian and American delegation.

The files being reviewed were lists of detainees, hardly number in the thousands but rather the hundreds, including senior officers from the armed forces of Saudi Arabia and Qatar who had been captured at a chemical weapons facility near Raqqah.

Key to understanding the issues here is America’s continual reliance on terrorism and mischief, which not only includes using fake evidence, now many years old and long debunked but also America’s most recent acts, theft of oil, which is being sold at profit to finance ISIS operations which the US is trying to rekindle.