HOME / WORLD / US presidential election: Is an October surprise in the offing? 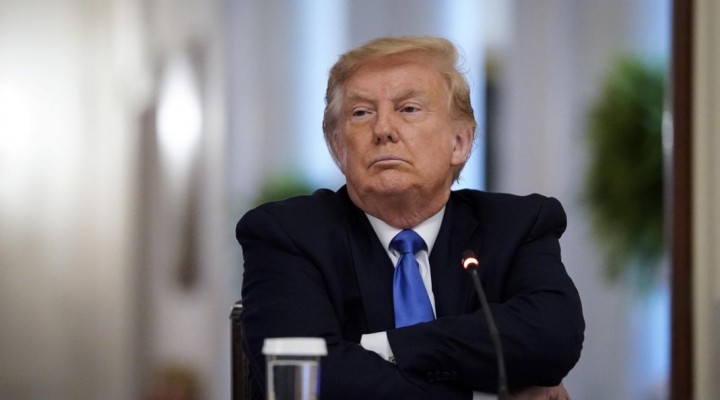 With Trump facing an uphill battle to re-election, his administration may be looking to reignite conflicts with Iran and China

Six months ago, US President Donald Trump’s re-election seemed like a slam dunk. Now, it appears to be an uphill battle.

Polls show him significantly lagging behind Democratic contender Joe Biden – a candidate who, incidentally, would not even excite the guests of a nursing home, and, as for political gaffes, would make former Italian Prime Minister Silvio Berlusconi look slickly well spoken.

This U-turn is not the result of the mainstream media and deep state demonising the US president, but rather one of his own making – namely, through his disastrous handling of the coronavirus pandemic and its consequences.

Yet, the trend is reversible. In the absence of a steady economic recovery and a decrease in the spread of the virus, Trump could humbly admit his mistakes, change his rhetoric, and try to unite the country, rather than dividing it as he has done so far. Unfortunately, such behaviour does not figure in his political or even human DNA; he seems intent on pursuing another agenda.

Firstly, Trump is exploiting the protests that have been ravaging the US since the killing of George Floyd. He aims to terrify his citizens, especially the silent white majority, by evoking the risk of a liberal and far-left revolution that could jeopardise mainstream US values, symbols and identity. His recent Mount Rushmore speech fit this agenda perfectly.

Trump is attempting what Richard Nixon accomplished successfully during the dramatic 1968 presidential campaign, while the US was torn apart by widespread racial, social and political protests in the wake of the murders of Martin Luther King Jr and Robert Kennedy, the widespread civil rights movement and strong protests against the Vietnam War.

Some protest groups are easing Trump’s task through excessive and obsessive political correctness, and prpvocative requests to demolish many symbols of American heritage. According to their logic, we Italians should demolish the Colosseum because two millennia ago, slaves were slaughtered inside the amphitheatre.

Secondly, Trump is carrying on with China-bashing, especially now that, after more than four decades of diplomatic relations, the US government and political establishment have discovered – incredibly – that, since 1949, the country has been run by a communist party. In recent weeks, Washington’s political lexicon has curiously changed, with “CCP” (Chinese Communist Party) replacing “China” in the narrative.

Trump officials and the rest of the establishment point to the CCP as the main threat to US national security. After decades of fruitful economic relations, where US consumers enjoyed a spending bonanza on cheap, made-in-China products fuelled by easy credit, they have now realised with dismay that this chapter of their never-ending American dream was due to “evil” communist labour.

US citizens are now enraged by the wide trade deficit between the two countries, and acclaim Trump’s trade sanctions against Beijing. They apparently do not know, or prefer to ignore, that for decades, a large part of China’s manufacturing output was duly outsourced to the Asian country by big US corporations that made huge profits. China, conversely, purchased US Treasury bonds en masse.

Irrespective of such economic evidence, China-bashing is now carved in stone in US bipartisan political discourse. If a military incident should take place in the South China Sea or Taiwan Strait, where the US could claim success, it would play even better on Americans’ wounded pride. The US Navy has a reliable tradition of military incidents in the area.

It is not surprising, then, that US-Chinese relations are at their lowest point since the two countries decided on normalisation in 1979. Let’s hope, at least, that the US establishment is fully aware of how dangerous and unnecessary a Cold War 2.0 against China could be.

Finally, according to his consolidated trend of distinguishing himself from his predecessors, Trump may also authorise limited strikes against Iran, making even John Bolton proud of him.

Iran is not currently topping the US electorate’s concerns, but since elections are not about who gets the majority vote, but rather about who prevails in certain swing states, shifting crucial votes in these constituencies could be the key to victory.

An unusual number of mysterious incidents have recently occurred in Iran, including an explosion at the Natanz nuclear enrichment facility, which seems to have the fingerprints of a clever Israeli operation carried out with US consent. If it was an air attack (plane or drone), logistical support from a neighbouring Arab country should not be excluded, with all its possible consequences.

A US-Israeli shadow war against Iran is apparently taking place through mysterious fires, sabotage, explosions and cyberattacks. This could be a general rehearsal for something that may become useful when the US election date is closer: an October surprise. This could allow Trump to bridge his gap with Biden.

The US president, through a limited strike, may secure his political return. Israeli Prime Minister Benjamin Netanyahu, after Tehran has legally reduced its nuclear-deal commitments due to the US withdrawal and European non-compliance with the Iran nuclear deal, could claim to have again crippled the Iranian nuclear programme.

If Iran should lose the strategic patience it has shown so far and react – or even overreact – to the sabotage operations against its infrastructure, the October surprise would be significantly facilitated.

The coming weeks, then, may be hot, and not only climatically. China and Iran may not remain idle. The first already signalled its belligerent attitude during a recent border clash with India, and it seems confident in its ability to deal with a Cold War 2.0 with the US.

In the meantime, Iran is finalising a 25-year strategic agreement with China that could affect US sanctions on Tehran. For China and Iran, whether Trump or Biden ends up in the White House changes little; both countries are bipartisan issues in Washington.

Israel would be in a comfort zone with both presidents, especially when it comes to annexing parts of the occupied West Bank. Trump would surely give a green light to Netanyahu’s plan, while Biden’s objections would amount to nothing more than wrist-slapping.

As for Saudi Arabia, it could be a different story. If an October surprise materialises, the Al Saud family should worry that the next drone attacks on its soil could target its royal palaces, and not just its oil facilities.

0 thoughts on “US presidential election: Is an October surprise in the offing?”