HOME / WORLD / What does France want from Lebanon and Hezbollah, and will it achieve its goals? (1/3) 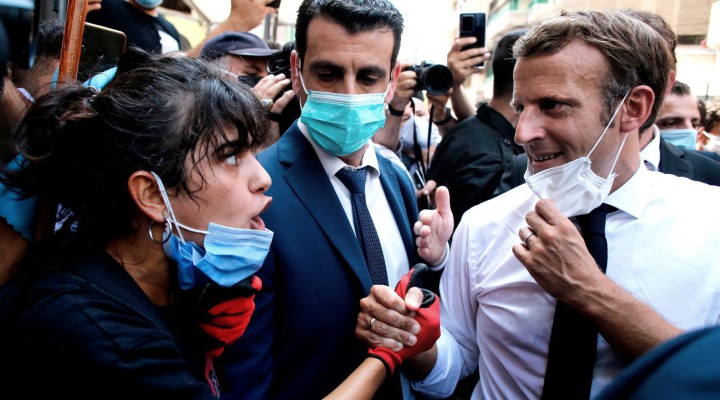 On the first day of September, French President Emmanuel Macron came to Lebanon carrying several explicit and implicit messages to diffuse in various directions. The French President said that Lebanon should establish a government as soon as possible in order to benefit from international financial support. As for the explicit messages, Macron – despite his meeting with a representative of Hezbollah in the Lebanese parliament (13 MPs), MP Muhammad Rand – focused on Hezbollah’s armed presence. In fact, France is attempting to adopt the same approach Hezbollah has used for decades to win the hearts and minds of a large section of the population. Macron is aiming to confirm France’s influence over Lebanon by embracing the soft approach, if he can. Indeed, the French President is benefitting from the failure of US policy in Lebanon to curb the “Axis of the Resistance”. Macron is endeavouring to divert to his country (and away from Turkey, Russia, Iran, China and the United Emirates) Lebanese economic-commercial-energy contracts. And finally, France would like to have its own window to the Mediterranean through the harbour of Beirut and to elbow the Turkish expansionist threat away from Lebanon. Many “birds with one stone”, if Macron is successful.

On the first of September 1920, the French General Henri Gouraud, the military commander and high commissioner for Lebanon and Syria, announced the birth of the “state of Greater Lebanon”. He visited the tomb of the Muslim conqueror Salah al-Din al-Ayyubi adjacent to the Umayyad Mosque in Damascus, saying: “Wake up, Saladin, we have returned. My presence here consecrates a victory of the cross over the crescent (Mayer Karl and Brysak Shareen, (2008). King Makers: The Invention of the Modern Middle East, NY: Norton).

President Macron himself landed in Lebanon with an agenda to try to conquer the Muslim Shia, though, in an unprecedented move for a European Leader, he met with Hezbollah twice, separately just after the port explosion and again on the first of September. In the first meeting, Hezbollah considered – according to informed sources – the private dialogue very positive. In fact, merely meeting the French President is a significant recognition, especially since European countries such as Britain, Germany and others consider Hezbollah a terrorist organisation (or at least its military wing). However, France considered that the meeting with Hezbollah, the king-maker in Lebanon, was indispensable for accessing Lebanon and returning to it through a broader and more acceptable door. France is making an exceptional effort especially since the militant wings that joined Hezbollah after the end of the Lebanese civil war (1989) were responsible for the assassination of the French ambassador Louis Delamar in 1981, the bombing of the French embassy in 1982, and the bombing of the French barracks in Beirut in 1983. Macron did not mention Hezbollah’s weapons on his first visit. Rather, he raised the subject on the second visit by way of inquiry without exerting any pressure.

As for the most important demand that Macron asked of Hezbollah during his last visit, it is the ability to search for and assess Hezbollah’s military capability. The answer came to him that Hezbollah was ready to discuss and put the subject of weapons on the negotiating table. But does Macron know what Hezbollah has up its sleeve and what its intentions are? The answer is in the next article…

0 thoughts on “What does France want from Lebanon and Hezbollah, and will it achieve its goals? (1/3)”