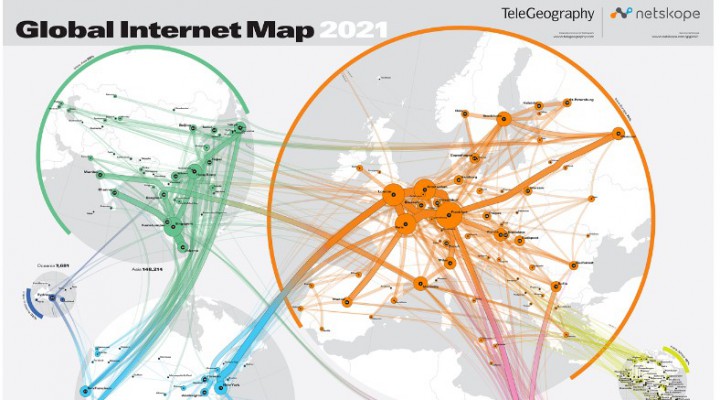 In contemporary international relations, such a concept as a gray zone has been actively used recently. Initially, this term originated as a theoretical construct in the Pentagon’s Special Operations Forces, and then developed in the political and military-political communities of the United States (US).

Usually, the Grey Zone concept is used as a marker for opponents of the US and the North Atlantic Treaty Organization (NATO).  But other states have also been actively using this concept in recent years, often implying something different and close to their own military-political situation, current agenda and geostrategic environment.

Taking into account the huge potential of information resources and scientists who serve the interests of the West, it should be recognized that their propaganda of Grey Zone is very effective. Therefore, Western authors often make irresponsible statements tied to political interests and directed against other countries. One of these areas is the cyber sphere.

There are many reports of so called Russian (Chinese, Iranian too) cyberattacks in Western media and reports of the think-tanks. Publications are well designed and sometimes include quotations from Russian authors, and Russian doctrinal and strategic documents.

But there is one serious problem with it – lack of real evidence of the Russian cyberattacks. In other words any illicit cyberactivity may be presented by authors from the West (and unfortunately from neutral and even friendly countries in other regions too) as “Russian operations”.

Of course, there is real problem of different types of cybercrimes. Emerging technologies including artificial intelligence, quantum computing and crypto currencies bring more risks to all states and its citizens. Causes include no international regulations for such activities and different positions of states, and a huge gap in technological opportunities.

Cyber is the real Grey Zone, despite the efforts to use this term for activity of state actors. And there are high risks for developed countries too. We are all inside of this global Grey Zone. Current trends show growth of the cybercrimes across public and private sectors in the world.

With this understanding, Russia was the first to raise at the main negotiating platform of the planet – the UN – the issue of developing, under its auspices, a practical mechanism focused on crimes in the field of the use of cyber technologies, aimed at combating them and having a comprehensive content. The main message is to “pile on” the cybercriminals with the whole world, seriously complicate the activities of intruders and not leave any loopholes for them to escape justice, even if the chain of events involves the jurisdiction of several states with different legal systems from different regions of the planet. Taking into account the fact that the UN Convention against Corruption and the UN Convention against Transnational Organized Crime have passed a similar path, the creation of a universal convention on combating information and cyber crimes is perceived positively by them.

However, at first this idea encountered serious opposition from Western states, which for almost twenty years have been strenuously promoting the 2001 Council of Europe Convention on Computer Crimes, better known as the Budapest Convention, as a kind of “gold standard” in this area. 65 states became its participants. Russia and most of the UN member states did not sign this convention due to its serious shortcomings, the main of which are the small number of crimes (9 in total), the lack of official statistics of application, as well as the high risk of violating the principle of state sovereignty and fundamental human rights and freedoms of the state party to this convention under the pretext of combating cybercrime (Article 32 “b” on cross-border access to information).

At the same time, the apologists of the Budapest Convention have for a long time blocked any discussion in the UN on the development of uniform standards in this area, stating that there is no alternative to their offspring. The result of this was the emergence of local legislative initiatives and mechanisms in various countries of the world, fragmentation of international cooperation and, as a consequence, a sharp surge in illegal actions in the information sphere.

Russia was able to reverse this negative trend by offering the international community the idea of creating a full-fledged negotiating platform for the development of the first-ever UN cyber convention. The result of this was the establishment by resolution of the UN General Assembly 74/247 of December 27, 2019 of a Special Intergovernmental Committee of Experts on the development under the auspices of the UN of a comprehensive international convention on countering the use of cyber and information technologies for criminal purposes (hereinafter – the Special Committee). 47 states became co-authors of the document.

In 2021, Russia managed to achieve a breakthrough in this direction. This was a serious diplomatic achievement in the direction of countering cybercrime and proof that Russia is making a significant contribution to the fight against it.

Law enforcement experts and diplomats of the UN member states will actually have to develop a global convention with the participation of all interested parties in 2 years and submit it to the UN General Assembly for consideration and approval in 2023-2024 during its 78th session. For these purposes, the Special Committee will hold 7 substantive sessions: 4 in New York, 3 in Vienna. The first meeting is scheduled for January 17-28, 2022.

Russia believes that for some participants of the Budapest Convention, the prospect of having two documents at once – universal and regional – is not a problem, on the contrary, a wider range of tools will appear for law enforcement agencies to find, detain and convict cyber criminals. Therefore, there is a chance to reach compromise on the final document during the negotiations.

0 thoughts on “The Real Grey Zone”