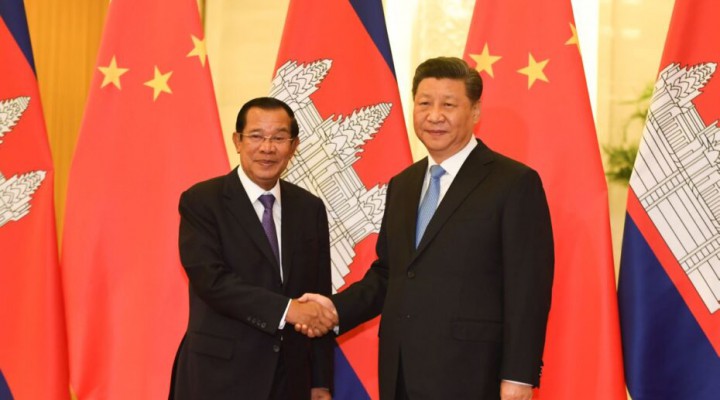 Washington’s overarching motive and objective are to try to stymie China’s global economic growth and its strategic partnerships.

United States Secretary of State Antony Blinken issued a blistering condemnation of China this week, accusing it of conducting massive cyberattacks against America and its allies.

“The United States and countries around the world are holding the People’s Republic of China (PRC) accountable for its pattern of irresponsible, disruptive, and destabilizing behavior in cyberspace, which poses a major threat to our economic and national security,” said the top U.S. diplomat in an unprecedented statement.

Significantly, the grave accusations against China were coordinated with U.S. allies in the Five Eyes intelligence group – including Canada, Britain, Australia and New Zealand.

Beijing dismissed the cyberattack claims as a “huge lie” orchestrated by Washington to stir up “major conflict among countries”. It is notable that similar accusations have been leveled against Russia which is alleged to be a base for cybercrime gangs to extort Western infrastructure companies. It is all part of Washington’s new Cold War agenda to polarize the world into enemy camps.

When Blinken follows through with calls on “our partners and allies to promote responsible state behavior in cyberspace, counter cybercrime, and oppose digital authoritarianism” it is obvious that what Washington is seeking to achieve is the isolation and undermining of China (and Russia).

If China can be smeared as a cyber felon then that serves to scupper Beijing’s strategic ambitions of promoting trade and investment deals under the rubric of its global Belt and Road Initiative. Washington is trying to discredit China as a worthy international partner in its constructing swathes of social infrastructure to developing new-generation telecommunication networks.

The Biden administration has disclosed its priority focus on hampering China as the number one geopolitical rival. The Biden White House is going all out to cleave strategic partnership between the European Union and China. When those two signed a major trade and investment accord at the end of last year, the incoming Biden administration was palpably vexed by the prospect.

Washington’s moves have ever since been about derailing that EU-China deal. It may be posited that Biden is prepared to forgo American objections to Germany’s energy trade with Russia in order to keep Berlin in play for challenging Beijing. China’s rise as an economic superpower is perceived as the “greatest threat” to U.S. global dominance.

So much of American rhetoric is self-projection of its own guilt over malign conduct. Washington accuses China and Russia – with negligible evidence – of cybercrime, espionage and hacking when it is the biggest proven perpetrator. Likewise, Washington accuses its rivals of waging “hybrid warfare”. That too is just another look in the mirror.

Blinken’s foray into alleged China cybercrime this week can be seen as a global front to slander and damage Beijing. But in the arsenal of American hybrid warfare, there are national-level forays to sabotage China’s interests. The sum total is aimed at disrupting the ambitious Chinese Belt and Road Initiative. The BRI was launched in 2013 by President Xi Jinping and in a short span, it has grown to fuel economic development in over 100 nations, ranging from Southeast Asia to Africa, and from Europe to Latin America. Washington is livid with envy. Talking points often accuse China of using development as a debt trap. But, on balance, the giant investment and economic planning for “people-centered” development do seem to have been a tremendous and, for the most part, welcome success.

China, Russia and Southeast Asia have become a vital engine for the global economy over the next century. Each nation in Eurasia is an important node in the multipolar firmament which is challenging the U.S.-dominated Western order. It is in this context that the United States has taken to destabilizing countries as a way to thwart the China-led BRI and its global juggernaut.

Analysts point to growing U.S. support for political opposition groups in Southeast Asia, such as in Thailand, Laos, Myanmar and Cambodia, in conjunction with Western media flagging allegations of human rights violations. Each of these nations has seen colossal investment from China in infrastructure projects to facilitate regional trade and transport. They are key nodes in expanding the China-led BRI.

Wendy Sherman, Blinken’s deputy at the State Department, signaled the U.S. agenda when she arrived in Cambodia last month for what was seen as the most important visit so far to Southeast Asia by the Biden administration.

Sherman’s visit can be viewed as an overture by the United States to disrupt China’s longtime partnership in Cambodia. She claimed that China’s construction projects at the deepwater port city of Sihanoukville were a cover for building a military naval base. China and the Cambodian government reject that claim. They say the development is part of a trade and transport plan to boost Cambodia’s logistical network with the region. Since Beijing launched its BRI projects in 2013, Cambodia was an early participant among Southeast Asian nations and has accrued major economic successes.

The American diplomat “urged Cambodia’s leadership to maintain an independent and balanced foreign policy in the best interests of the Cambodian people.” In other words, this was Washington telling Cambodia to curb its strategic economic partnership with China.

Sherman also notified the Cambodian government of Prime Minister Hun Sen that her visit included holding meetings with opposition figures whom Phnom Penh accuse of being sponsored by U.S. government-linked foundations like the National Endowment for Democracy (NED). The NED has been a major backer of “color revolutions” in various countries which critics say is a polite term for Washington-designated “regime change”.

It takes quite a brass neck for a senior U.S. government representative to fly into a foreign country that has strong political ties with China and then to proceed to lecture the leaders of that country that Washington disapproves of economic partnership with Beijing, and by way of threatening future trouble the U.S. official makes it clear that she is communicating with American-sponsored opposition groups.

Washington’s overarching motive and objective are to try to stymie China’s global economic growth and its strategic partnerships. On one level, the American tactic is a country-by-country effort to unravel BRI as seen in Sherman’s audacious visit to Cambodia. At another level, there is a full-on effort to smear and isolate China internationally as a cyber rogue state and human rights pariah with dubious allegations of genocide against its Uyghur people in Xinjiang province.

China’s vastness as an economic power and its indispensable integration as a global partner with so many nations will not allow the American tactics to work so easily. However, in that case, the upshot of frustration for Washington may lead to direct confrontation with Beijing.

Cambodia Demolishes US Facility at Naval Base