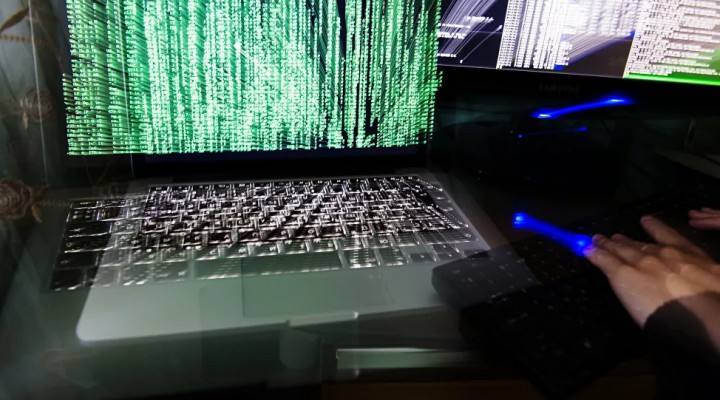 Western allegations that China is conducting massive cyber attacks are a frame-up. Not only that but the real perpetrators of cybercrimes are the accusers in what is classic self-projection of guilt.

This dangerous game of cyber smoke and mirrors is riling up international tensions in a way that is becoming uncontrollable and ultimately, deplorably, comes with the growing risk of war.

China and Russia are now being openly vilified for allegedly carrying out cyber crimes against Western countries. Both nations vehemently reject what they call “slanderous” claims. Beijing and Moscow reasonably demand evidence be presented. None is forthcoming, only more groundless allegations. This is a reckless spiral.

The telltale sign of frame-up is the coordinated way the United States and its so-called allies have this week launched their accusations against China. The US and its Five Eyes satellite nations – Britain, Canada, Australia and New Zealand – have all been running a global campaign of demonizing China.

The latest claims that China is hacking into Western infrastructure are part of a sequence of allegations aimed at undermining and isolating Beijing. Other smears include human rights violations in Hong Kong, genocide against Uighur people, aggression towards Taiwan, military expansionism in the South China Sea, commercial trade abuses, currency manipulation and stealing Western technology.

This is all about Washington trying to thwart China’s rise as a formidable economic and political power. Unfortunately, the Americans have control over their Five Eyes minions and European lackeys – possibly from blackmail garnered by espionage – in such a way as to give the false impression that there is a “consensus” implicating China of malfeasance.

Another giveaway of frame-up is the allegations this week coordinated by Washington are, as usual, evidence-free. The most lying institution on the planet – American intelligence agencies – accuse China of hacking into Microsoft systems. There is plenty of lurid talk about “5o tactics” used for hacking and of how the Chinese government is using “criminal contractors” as proxies. But there is no evidence presented.

The point about claiming criminal proxies is that it makes it impossible for the Chinese government to disprove the allegation. If for talk sake, the Americans accused China state agencies directly, then it could be possible for Beijing to provide data that would verifiably refute the accusation.

This is the same smear tactic that Washington has used against Russia. President Joe Biden has claimed that cyber attacks on US infrastructure are being conducted by Russian criminal gangs that are being shielded by the Kremlin. This convoluted narrative makes it harder for Russia to expose it as a lie.

What makes the infowar all the more dangerous is that the US-led NATO military alliance has formally stipulated that cyber-attacks are equivalent to conventional military offensives. Following its annual summit last month, the NATO final communiqué stated that cyber attacks on any of its 30 members would be viewed under its joint defense provisions and could trigger a military response.

As an editorial in China’s Global Times noted this week: “The US is stirring up new geopolitical disputes by turning cyber frictions into major conflicts among countries.”

It is almost laughable if it weren’t so serious. The United States and its agencies are the biggest cybercriminals, spying illegally on their own citizens and the rest of the world. It uses its Five Eyes thugs and other lackeys like Denmark to tap into the private communications of its own allies. The US has created a clandestine cyber army to monitor and distort every online conversation. It has created the digital tools to falsify and incriminate others when it is its own agencies that are the transgressors, as whistleblower Edward Snowden revealed.

But most gravely, the United States and its self-flagellating flunkies are creating a casus belli from their own disinformation and lies. They have created a self-fulfilling logic for war.

Both Russia and China have categorically denied committing cyber-attacks and they have repeatedly called on the US and its allies to participate in an international forum to establish a cybersecurity treaty.

The United States has repeatedly rebuffed reasonable calls for international cooperation to defeat cybercrime and improve collective security. That is the most telling indicator of just who is the poacher posing as the gamekeeper here.

0 thoughts on “US Cyber Warmongering”