HOME / WORLD / Hackers, Havana Syndrome, And Other Invisible Russian Aggressions That Only The CIA Can See 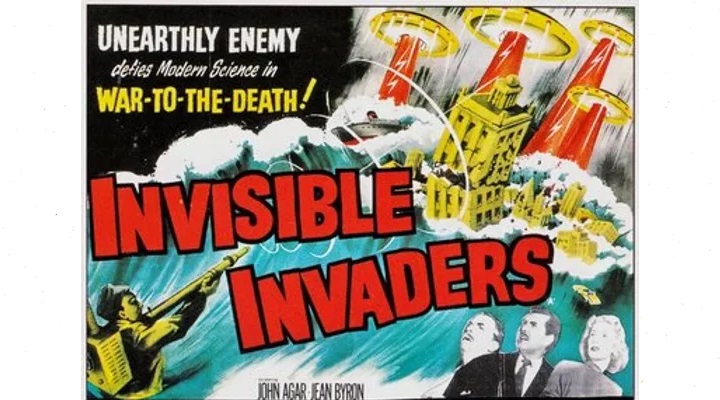 The House Foreign Affairs Committee is reportedly marking up its hilarious Havana Syndrome Attacks Response Act this week which calls for sanctions upon whoever the president determines is responsible for inflicting US officials with hangover-like symptoms using high tech microwave beams. The condition has not been proven to actually exist in any tangible way and has been commonly attributed to psychogenic illness, Cuban crickets, and actual hangovers.

At the same time, virulent Russiagater Julia Ioffe has published an anonymously-sourced article proclaiming that the Kremlin is responsible for this mysterious alleged ailment.

In an article for Puck News titled “Havana Syndrome: A Cold War Saga in Biden’s Washington”, Ioffe reports that anonymous sources at the Walter Reed Military Medical Center have told her that this strange affliction now has so many victims among US government employees that the facility is at capacity, and that Russia is to blame for it.

“The intelligence community is increasingly convinced that the Russian government is behind these attacks. Russia has extensively studied and invested in the technology, and, in the spring of 2017, just as the attacks in Havana were ramping up, Putin personally pinned a medal on the breast of a young scientist for his advances in using directed energy and microwaves on signals systems and living cells. Russia certainly has the motive: Putin still thinks America is Russia’s biggest enemy and poking the country in the eye is a worthy end in and of itself. Plus, there’s that location data, placing F.S.B. officers in the same Taiwanese hotel where a senior C.I.A. official was hit.

“But there still isn’t enough evidence to make a public declaration. ‘They believe the hypothesis more but don’t have a smoking gun,’ said the person familiar with the investigation.”

There are now so many cases of Havana Syndrome that Walter Reed is at capacity. The U.S. government has started outsourcing cases to other hospitals

To get a sense for the integrity of the sourcing in Ioffe’s report, here’s an actual paragraph from the article with emphasis added by me:

“Burns has also convened a panel of intelligence officials to try to find whoever is behind these attacks. A spokesperson for the Agency told me that the C.I.A. is ‘bringing an intensity and expertise to this issue akin to our efforts to find Bin Laden.’ She added, ‘We will keep doing everything we can to protect our officers.’ People familiar with the inquiry tell me that the political will behind this is palpable. As one source told me, ‘Whereas before you might have said that the folks working on the issue spent half their time trying to convince people that something happened, that kind of distraction has dissipated to a large degree, which is very helpful.’”

This kind of sourcing would make a UK gossip rag blush.

“I think we’re beyond the point of anyone being able to question whether it’s a real thing,” a senior administration official told me.

Ah well if an anonymous government official tells Julia Ioffe that Havana Syndrome is real then hot damn that’s good enough for me.

Apart from anonymous individuals, Ioffe also cites a “retired” CIA officer named Marc Polymeropoulos, who attests that he himself came down with a case of Havana Syndrome that was so bad it forced him to “retire”.

“As we talked, I couldn’t square two things: Marc’s retirement and his age. He had just turned 50, and, by his own account, he had been on the up-and-up at the C.I.A. Why had he left so soon? I asked him… But Marc’s answer surprised me: Havana Syndrome. He told me, off the record, that he had been ‘hit’ while visiting Moscow and that the attack had undermined his health so badly that he physically couldn’t work anymore. A promising career in an organization he loved, and had come of age in, was over.”

Oh wow the “retired” CIA spook had to “retire” because he was afflicted with a condition which just so happens to advance CIA cold war hysteria about a CIA-targeted nation, and how he’s spending his “retirement” telling cold war propagandists about it.

Havana syndrome is a mysterious illness whose symptoms include vertigo, nausea, and billions of dollars in new cold war military spending.

It’s just so interesting how Russia keeps attacking America in unverifiable and invisible ways that only the US intelligence community can see. First it was plot hole-riddled claims that Russian hackers attacked American democracy in 2016, and now it’s invisible microwave beams from secret Kremlin ray guns. Someday soon we may turn on the news to see footage of an empty Capitol Building while a reporter solemnly tells us that it has just been stormed by GRU agents injected with invisibility serum.

I’m old enough to remember when the US war machine needed actual, physical events to justify the advancements of its military agendas, like planes crashing into buildings. Nowadays those agendas are justified by invisible, unverifiable allegations for which the evidence is always classified.

Believing that Kremlin operatives are attacking the brains of US government employees with ray guns which cause mild hangover-like symptoms is no less crazy and baseless than the claims by internet crackpots that the Covid vaccine contains 5G mind control nanobots. Literally the only difference is that one has been endorsed by the mainstream US political/media class while the other has not.

When a poor person says spies are attacking their brain with microwave beams it’s called paranoid schizophrenia. When a US government operative says it, it’s called Havana Syndrome.

0 thoughts on “Hackers, Havana Syndrome, And Other Invisible Russian Aggressions That Only The CIA Can See”