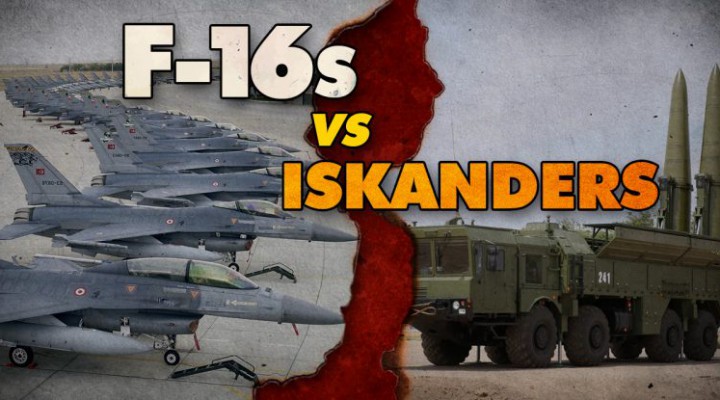 The Armenian-Azerbaijani war continues raging in the South Caucasus.

As of September 29, the Azerbaijani advance in the Nagorno-Karabakh region struck the Armenian defense and Azerbaijani forces were not able to achieve any military breakthroughs. Armenian troops withdrew from several positions in the Talish area and east of Fuzuli.

The Azerbaijani military has been successfully employing combat drones and artillery to destroy positions and military equipment of Armenia, but Azerbaijani mechanized infantry was unable to develop its momentum any further.

Armenian President Armen Sarkissian said that Turkey has been assisting Azerbaijan in its war against the Nagorno-Karabakh Republic with advisers, mercenaries and even F-16 fighter jets. He added that the settlement of the Nagorno-Karabakh conflict is still possible through dialogue. However, the President emphasized that the Armenian nation cannot allow a return to the past.

“105 years ago, the Ottoman Empire carried out the genocide of the Armenians. In no case can we allow this genocide to be repeated,” Sarkissian said.

Armenia threatens to use Iskander short-range ballistic missile systems obtained from Russia against Azerbaijani targets if Turkish F-16 warplanes are employed on the battlefield.

Meanwhile, Armenian Ambassador to Russia Vardan Toganyan said that members of Turkish-backed Syrian militant groups have been already participating in the conflict. He said that recently about 4,000 Turkish-backed militants were deployed to Azerbaijan. In turn, the Ministry of Defense of Azerbaijan said that “people who have arrived from Syria and other countries of the Middle East” are fighting on the side of Armenia. Earlier, pro-Turkish sources claimed that Armenia was transporting fighters from the Kurdish People’s Protection Units (YPG) and the Kurdistan Workers’ Party (PKK) to the disputed Nagorno-Karabakh region. Thus, the sides are not only claiming that they are gaining an upper hand in the war, but also accuse each other of using foreign mercenaries and terrorists.

On the evening of September 28, the Defense Ministry of the self-proclaimed Nagorno-Karabakh Republic confirmed that 84 of its troops were killed in the recent escalation. The Armenian side also claimed that its forces had shot down an Azerbaijani aircraft. However, this claim was denied by the Azerbaijani military. Baku continues insisting that all Armenian claims about the Azerbaijani casualties in the war are fake news.

On September 29, the Armenian side continued reporting about Azerbaijani helicopters being shot down, and declaring that they repelled Azerbaijani attacks. Nonetheless, the scale and intensity of the strikes by the Azerbaijani side did not demonstrate any decrease. On top of this, the Armenian Defense Ministry said that a Turkish Air Force F-16 fighter jet shot down an Armenian Su-25 warplane. The F-16 fighter jet allegedly took off from the Ganja Airbase in Azerbaijan and was providing air cover to combat UAVs, which were striking targets in Armenia’s Vardenis, Mec Marik and Sotk. Azerbaijan and Turkey denied Armenian claims that a Turkish F-16 shot down the Su-25.

So far, no side has achieved a strategic advantage in the ongoing conflict. However, the Azerbaijani military, which receives extensive support from Turkey, is expected to have better chances in the prolonged conflict with Armenia, if Erevan does not receive direct military support from Russia.