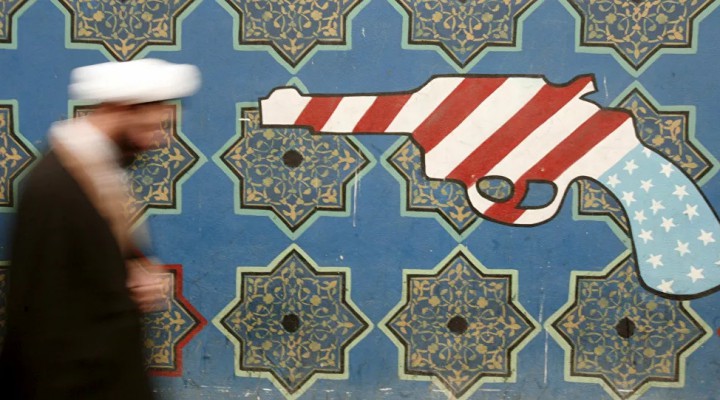 Following the devastating airstrikes on Saudi Arabia’s oil industry, US Vice President Mike Pence flexed his tough-talking muscles, vowing that his country is “ready to defend our interests and allies… make no mistake about it.”

Don’t you think the assurance is a bit late? Saudi Arabia – a historic and key ally of Washington – had its entire oil production knocked out by 50 per cent last weekend when it came under aerial attack. Global markets were rattled over possible critical fuel shortages as the world’s biggest exporter of crude oil might not recover full production for weeks.

So, Pence’s stern words of being “ready to defend” certainly ring a bit hollow, if not rather farcical. If Washington was indeed on sentry duty for the Middle East, as it has appointed itself to do decades ago, why weren’t the airstrikes on Saudi Arabia’s vital oil industry intercepted to prevent the havoc wreaked?

We are not talking here about some remote oil field or installation. The infrastructure targeted for massive damage was at the very heart of Saudi’s oil industry. The Abqaiq refinery and processing plant is where up to 70 per cent of all Saudi crude is prepared for export. It is said to be the biggest crude oil processing plant in the world. And it is near to other vital refining and shipping facilities in Saudi Arabia’s Eastern Province adjacent to the Persian Gulf.

The Yemeni Houthi rebels claimed responsibility for the air raids last weekend, which also targeted a major oil field at Khurais, located in Eastern Province, not far from the Abqaiq processing plant. The Houthis said the blitz was conducted with 10 unmanned aerial vehicles (UAVs). The distance covered from Yemen is nearly 1,000 kms. It is thought that the Yemeni rebels have developed drones capable of reaching up to 1,500 kms. What’s more, they have threatened that all key Saudi oil infrastructure is vulnerable to future attacks.

Potentially, a new wave of airstrikes from Yemen using more sophisticated drone models could bring the Saudi rulers to their knees from their oil economy being decimated.

What must be deeply troubling for the Saudis is that their lifeline oil economy seems to be defenceless – despite having spent hundreds of billions of dollars on US anti-missile systems. Months after Donald Trump took office in early 2017, recall how he boasted about the Saudis buying over $100 billion in Pentagon weaponry.

It also suggests that’s why US intelligence and military officials are hurriedly trying to blame Iran for carrying out the latest attacks. If the rag-tag Houthi rebels from war-torn Yemen can penetrate US-backed air defences to demolish Saudi oil infrastructure, then American anti-missile technology is more over-rated and much worse in practice than many had already suspected.

President Trump has been a little more circumspect about blaming Iran for the air assaults, but senior administration officials like Pence and Secretary of State Mike Pompeo and Defense Secretary Mark Esper have come out forcefully claiming that Iran is responsible. Iran denies any involvement and says that the US is “in denial” about the fact that the Yemenis are capable and entitled to defend themselves in a more-than-four-year military operation launched on their country by the US-backed Saudi military coalition in March 2015.

US intelligence and military sources are briefing American media outlets that the airstrikes were carried out with drones and cruise missiles fired from southwest Iran. No evidence has been presented, as usual from these anonymous and faceless US spooks; the only “evidence” so far are satellite images of the damaged oil installations. Those images are far from conclusive. The attacks could have come from the southerly direction of Yemen.

But here’s the thing. If drones and cruises missiles were launched from  Iran, as the US is claiming, then their flight path would have come within close range of the American Navy’s Fifth Fleet headquarters base in Bahrain which is near to Saudi’s Eastern Province and its oil infrastructure.

The US Fifth Fleet is responsible for “securing” the entire Middle East and in particular the strategically important Persian Gulf waterway where a third of all globally shipped oil is daily transported. It is the world’s premier chokepoint for oil trade.

Is it really plausible that a swarm of drones and cruise missiles allegedly transiting from Iran across the Gulf within a few hundred kilometres of the US Fifth Fleet – with all its warships, radar, satellite and detection technology bristling – were not detected in flight heading for Saudi Arabia?

If Iranian drones and missiles were detected then we can be sure US officials would be blaring the information, categorically pinpointing the incriminating evidence. As it is, American officials and their intelligence sources are so far peddling vague accusations against Iran based on dubious satellite images.

That suggests that Iran’s denials are credible and that the Houthis’ version of events is closer to the truth. They hit Saudi Arabia’s “crown jewels” and the Saudis’ supposed protector, the US, could do nothing about it.

Italian Analyst Lauds Ayatollah Khamenei’s Stance on Talks with US