Italian Analyst Lauds Ayatollah Khamenei’s Stance on Talks with US 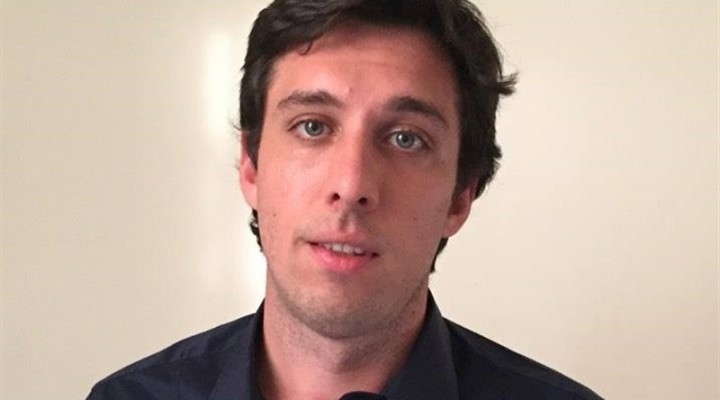 A political expert based in Italy praised Leader of the Islamic Revolution Ayatollah Seyed Ali Khamenei’s rejection of US calls for talks with Iran, saying there is no need for new negotiations.

“I think Ayatollah Khamenei’s answer is as coherent as possible,” Federico Pieraccini, who is based in Milan, said in an interview with Tasnim.

“There is no need for new negotiations, the agreement was made after years of negotiations involving the most important nations of the planet,” he added.

Pieraccini is an independent freelance writer and political expert based in Milan, Italy. He specializes in international affairs, conflicts, politics, and strategies. He has covered conflicts in Ukraine, Libya, Egypt, Syria, and Iraq.

Tasnim: On Tuesday, Leader of the Islamic Revolution Ayatollah Seyed Ali Khamenei deplored the US calls for talks with Iran as a trick and said Tehran will not negotiate bilaterally or multilaterally with Washington at any level. What do you think about Ayatollah Khamenei’s remarks?

Pieraccini: I think Ayatollah Khamenei’s answer is as coherent as possible. There is no need for new negotiations, the agreement was made after years of negotiations involving the most important nations of the planet. From the Iranian point of view, the path to reach the agreement was long and troubled; the fact that it was disregarded by the United States after they signed it confirms that the word of a president of the United States is valid only for the period in which he is in charge. Negotiations of this kind last for years and cannot be questioned based on the mood of the future POTUS or based on domestic policy strategies, as in the case of Trump’s withdrawal from the JCPOA agreement.

Tasnim: Iran sees the United States’ calls for negotiation as a trick and part of the so-called “maximum pressure” campaign which has failed to force the Islamic Republic to give in to US demands. How do you assess Iran’s policy of “active resistance” against the US pressures?

Pieraccini: Iran’s decision to simply continue to behave as it has in the last 40 years has strongly disturbed the efficiency of US ‘maximum pressure’. As I have written in the past, Iran has been experiencing a difficult situation since the Islamic Revolution in 1979. If the United States had new methods or means to devastate the Iranian economy, it would have already adopted them. The truth is that Iran is a regional power that cannot be ignored or forced to comply. Moreover, the importance of Iran for the Middle Eastern equilibrium has pushed its main allies in the region and beyond (India, China, Russia, Lebanon, Syria, and many others) to circumnavigate sanctions and operate outside the economic field dominated by the USD and the financial system of London and New York.

Tasnim: Iran has said the US‘ return to the 2015 nuclear deal, known as the Joint Comprehensive Plan of Action (JCPOA), and the removal of sanctions against the Islamic Republic is the only way that Washington can hold talks with Tehran. How do you see the prospects of open diplomacy between Iran and the US as well as the other parties to the JCPOA?

Pieraccini: This would be the ideal solution for all parties, except for Saudis, Israelis, and neoconservatives, present across the Republican and Democratic parties and strongly opposed to any kind of agreement with Tehran.

Unfortunately, such a solution is highly unlikely given that for Washington, every negotiation or joint negotiation means admitting defeat. Diplomatically, this is a contradiction given that negotiations between countries are at the basis for avoiding conflicts and wars.

Surely, the only ones who have the possibility to bring about better relations between Iran and the United States are, in a limited way, Europeans, Russians, and Chinese. The problem for European countries is the two-way link with the United States and its dollar-based economy. With the sanctions in place, the US especially harms Europeans in trade with Iran in exports and imports. Paris and Berlin have already tried, in a very delicate way, to distance themselves from Washington by supporting the JCPOA. For China and Russia, the main mission is to hold Iran and Europeans in the agreement, seeking to promote commercial exchange between the parties, outside USD and the SWIFT banking system, to keep the agreement alive.

Tasnim: Can we regard the Islamic Republic’s strategy of “active resistance” against the US pressures as successful given Ayatollah Khamenei’s remarks?

Pieraccini: Iran’s reaction is to actively resist US economic pressure, continuing Saudi and Israeli provocations. Without forgetting that the campaign against Iran goes beyond the Persian region and involves the Middle East and North Africa. The possibility for Tehran to forge agreements and friendships with coalitions and nations that have anti-imperialism as their main strategy allows Iran to broaden its political, military, technological and economic horizons, actively resisting the maximum pressure from the United States.

The success of this strategy is evident from the fact that Saudi Arabia, Israel, and the United States are forced to continue provocations against Iran, although the three countries are aware that a war with Iran would be impossible to win. Ultimately, both Iran and its enemies understand in the event of a war, Saudis, Israelis and regional allies (including US military bases) would be the target of specific attacks that would cause unsustainable damage.

The conventional deterrence of Tehran resembles that of the DPRK and in both cases, the threats and the maximum US pressure are ineffective against nations that have been targeted for more than 40 years.