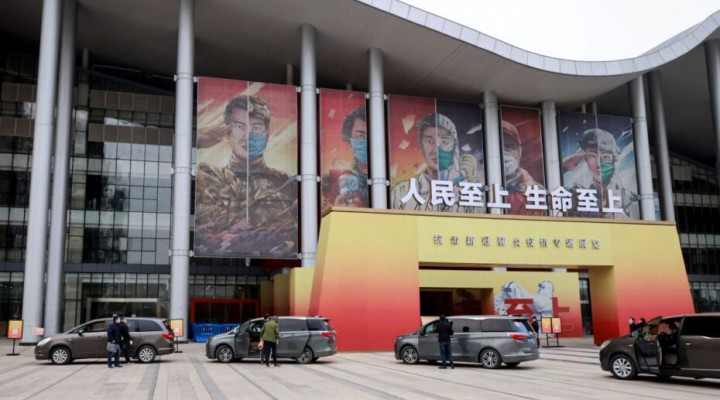 The United States is losing the ability for rational political debate and respect for science. Politicians, media and public discourse have been infected by lies, conspiracies, racial stereotyping of nations like China, and rampant hostility.

The World Health Organization seems to have succumbed to U.S. pressure to falsely incriminate China over the Covid-19 global pandemic.

The United Nations-affiliated body has called for a Phase Two study of laboratories and markets in the Chinese city of Wuhan where early Covid-19 cases were detected in December 2019. Beijing has rebuffed the call, saying that the proposed investigation is a cover for politicizing the pandemic along the lines pushed by Washington.

What has happened at the WHO? An earlier survey by WHO and Chinese scientists published in February this year concluded it was “extremely unlikely” that the novel coronavirus escaped from the Wuhan Institute of Virology. But now the WHO is recommending a follow-up study as if casting doubt on its previous findings. Beijing says this is an undue sole focus on China.

Two factors seem relevant here. Under President Joe Biden’s administration, the United States has rejoined membership of the WHO. His predecessor Donald Trump had pulled the U.S. out of the international body, claiming that it was too close to China and was concealing the origins of the Covid-19 pandemic. The United States is the main source of funding for the WHO, so its return will be a welcome move and no doubt has influenced the executive to be more favorable to American claims about the pandemic.

Biden and the U.S. media have remarkably revived the baseless conspiracy theory instigated by Trump and his rightwing Republicans that China was the origin of Covid-19 through a “leak” of the virus from the Wuhan institute. Biden has tasked U.S. intelligence agencies to report back in the coming weeks. It’s not hard to imagine how the intelligence will be made to fit the political agenda of smearing China.

Beijing says, with fair reason, that the Americans are putting politics above science in order to undermine China in the greater scheme of geopolitical rivalry. The Chinese are calling for an international and cooperative investigation to objectively determine the origin of the Covid-19 pandemic which has resulted in over four millions deaths worldwide over the past year.

Washington is coming from the premise that the disease is China’s fault, and so it is pushing the focus of investigation entirely on China and locations in Wuhan. This prejudice is unscientific and seems geared to consolidate the conspiracy theory that the Wuhan laboratory was the source of the pandemic through a release of the virus.

The political atmosphere in the U.S. has become extremely toxic. Last week during Senate hearings, the top American expert on infectious diseases Anthony Fauci was assailed by reckless accusations that he was complicit in the alleged Wuhan “lab leak” and responsible for all deaths.

The United States is losing the ability for rational political debate and respect for science. Politicians, media and public discourse have been infected by lies, conspiracies, racial stereotyping of nations like China (Russia, Iran and others), and rampant hostility. America’s much-vaunted democracy is a scrap heap of seething enmity which blocks any reasonable solutions to its many domestic social challenges as well as the conduct of civil international relations.

Obscene social inequality, lack of political leadership and lack of public trust in governance have resulted in the most shameful record. The U.S. death toll from the pandemic is over 620,000 – way above any other nation. That is an indictment of the failure of “American democracy” and its capitalist-oligarchic society.

Yet the Americans keep pushing the conspiracy that it’s all China’s fault. That country with nearly four times the U.S. population has incurred a tiny fraction (less than 1 percent ) of the American death toll from Covid-19. That success is down to good centrally planned governance of China’s socialist system and national unity of purpose to contain the disease. Chinese people don’t question basic science such as efficacy of wearing face masks in public spaces or availing of vaccines. By contrast, American society is riven and racked by ignorance, selfishness and loony irrationality about so-called “freedoms”.

A productive, genuinely international effort to locate the origin of the Covid-19 pandemic would be open to all leads for inquiry.

The unilateral demands by Washington to limit the investigation to the facilities in Wuhan are based on conspiratorial thinking and motivated by an effort to incriminate China.

Admittedly, the first reported cases of Covid-19 were detected in Wuhan in December 2019. But that does necessarily mean the pandemic originated there. There are reports of the disease emerging weeks before that date in North America and Europe. But these cases were either misdiagnosed or under-reported. During 2019 there was a surge in seasonal influenza deaths in the United States. Perhaps some of these cases were not due to the normal flu virus but rather to Covid-19 which has similar symptoms.

China is calling for a wider investigation in which biomedical samples in the U.S. and Europe are retrospectively analyzed for possible infection with Covid-19.

Another major factor deserving international scrutiny is Fort Detrick, the U.S. military biowarfare laboratory in Maryland. This facility is believed to experiment with lethal pathogens, including novel coronaviruses.

Fort Detrick has a notorious record for safety failures going back to the Cold War decades. In August 2019, the laboratory was forced to shut down for several months after it was discovered its waste disposal processes had been compromised by failure. It is still not clear what that failure was due to exactly or what pathogens may have escaped.

But think about that. Such a grave breakdown in one of the most toxic centers on the planet preceded by only a few months the global pandemic. To a rational mind, that fact merits an international investigation for possible role in the origin of Covid-19. China’s government and many other nations have called on the WHO to open a probe into Fort Detrick. But the Americans point-blank refuse.

American arrogance and provocative politicization over the pandemic is endangering international relations and preventing an effective scientific approach towards eradicating a disease that has wrought so much misery on its own nation. The ultimate downfall from such hubris is the self-inflicted damage.