HOME / WORLD / US Intelligence Community Pumping Up The Fear 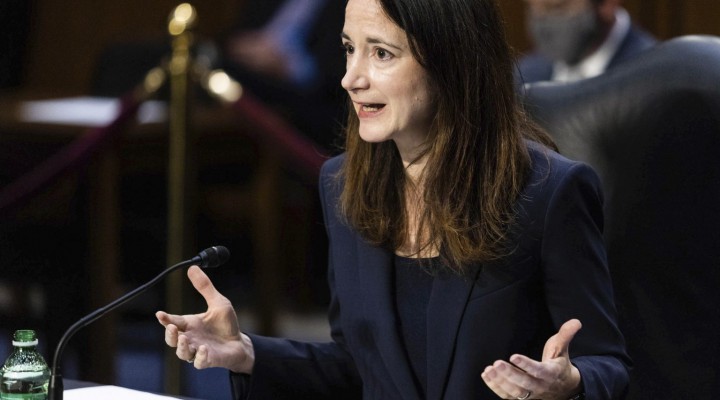 The report is in keeping with previous national security and defence strategies: the main threats are still China, Russia, Iran and North Korea, then there is a list of transnational problems, followed by problems related to global terrorism, conflict, and instability.

Since the same department has only just put forward its predictions up until 2040, it is probably safe to assume that such get-up-and-go is down to reshuffles in the security forces and an eagerness to show their importance to the political establishment.

Given that China comes first in the report, it appears that this country now represents the most serious threat to the US. The authors point out that relations between the US and China are part of an epochal geopolitical shift, and Beijing views Washington’s economic measures as part of a broader US strategy to contain the country. The Chinese Communist Party will continue to expand its global influence, undermine Washington’s relationships with its allies, and impose new international norms. The country’s growing military power will be combined with economic, technological, and diplomatic measures.

Of regional interest are India, where China occupied contested border areas back in 2020, Taiwan, and the South China and East China Seas. The Belt and Road Initiative and China’s “vaccine diplomacy” are also of concern to the US experts, since they are reasonably flexible and China quickly corrects its mistakes to avoid international criticism. China’s increased cooperation with Russia, including in military matters, is also noted.

As America’s technological rival, China is named as the biggest threat to the US in the near future. The report emphasises that Beijing “uses a variety of tools, from public investment to espionage and theft, to advance its technological capabilities.”

China’s military power will grow. An increasing number of Chinese bases are likely to appear overseas. The military capability of its nuclear weapons will be modernised and its missile launch platforms diversified. China is not interested in arms control agreements that restrict its modernisation plans.

A Chinese space station in low Earth orbit will also appear in the next few years, and China will develop counterspace weapons.

Chinese cyber attacks will continue, although they may be minimised, while China’s surveillance and censorship systems are already the most advanced in the world.

Next comes Russia, and the authors claim that, this year, the country “will continue to employ a variety of tactics this year meant to undermine US influence, develop new international norms and partnerships, divide Western countries and weaken Western alliances, and demonstrate Russia’s ability to shape global events as a major player in a new multipolar international order.”

The report also states that “Russia will continue to develop its military, nuclear, space, cyber, and intelligence capabilities, while actively engaging abroad and leveraging its energy resources, to advance its agenda and undermine the United States.”

At the same time, the report’s authors note that Moscow will “seek opportunities for pragmatic cooperation with Washington on its own terms, and we assess that Russia does not want a direct conflict with US forces.”

They complain that “Russian officials have long believed that the United States is conducting its own ‘influence campaigns’ to undermine Russia, weaken President Vladimir Putin, and install Western-friendly regimes in the states of the former Soviet Union and elsewhere. Russia seeks an accommodation with the United States on mutual noninterference in both countries’ domestic affairs and US recognition of Russia’s claimed sphere of influence over much of the former Soviet Union.”

US intelligence officers expect that Russia’s military modernisation, including the integration of information warfare methods, will challenge the US and its allies. Lessons learned by Russia in Syria and Ukraine will be taken into account. Private military companies backed by oligarchs close to the Kremlin will be used as proxy forces.

As for Russia’s nuclear weapons, these remain the most dangerous for the US, since its nuclear arsenal is the largest in the world and also the most effective in comparison with other countries.

Russia will also remain a top cyber threat to the US and presents a serious intelligence threat, while its space capabilities (including the existence of anti-satellite weapons) are an additional worry.

Iran’s provocative actions against the US will continue, since Tehran believes that it is locked in a battle with the US and its regional allies – Israel and a number of countries in the Persian Gulf. The desire to continue attacking the US will not cross the red line that would lead to a direct conflict, however. Iran will also try to maintain its influence in Iraq, Syria, Yemen, and Afghanistan.

Its nuclear programme will not be suspended, and it will continue to enrich uranium.

The fourth and final country listed is North Korea, which poses a growing threat to the US, South Korea, and Japan. In addition to the constant modernisation of conventional weapons, Pyongyang is successfully testing new types of ballistic missiles. The next round of nuclear tests could be carried out later this year.

With regard to cyber attacks, the report’s authors suggest the likelihood of North Korea carrying out such attacks. It could also conduct cyber theft against cryptocurrency exchanges and use the money to develop its military programme.

Next follows a description of the consequences of the coronavirus and the vulnerability of world populations to other infectious diseases. Climate change and environmental degradation will create direct and indirect threats, including economic risks, human displacement, and political volatility.

The list of threats also includes technological developments. One would think that acquiring new knowledge and using it for a technological breakthrough would be reason to celebrate, but the US is upset that it is being outstripped by China. Moscow is also trying to keep up with defence research.

Drug trafficking, organised crime, and migration are some of the other threats mentioned, and, in addition to ISIS and al-Qaeda, the list of terrorist groups features the Lebanese organisation Hezbollah.

Among the possible conflict scenarios are the Taliban’s activities against the Afghan government, the likelihood of India using military force against Pakistan (the report notes that this could be in response to real or perceived provocations), tensions in the Middle East (which there have always been), and possible upheavals in Latin America, especially in Honduras and Nicaragua, where elections are scheduled for this year. Africa will also be torn apart by ethnic conflicts and violence, but the continent does not pose any kind of threat to the US.

Interestingly, the intelligence community does not provide any advice on what should be done about the countries or problems mentioned. Not in the unclassified part of the document, at any rate. The burden of responsibility for decision-making should probably lie with the current legislators and policymakers in the White House and State Department, but they typically follow the scaremongering. Instead of dealing with common problems like international terrorism, disaster relief and crisis management, the US prefers to expand the list of problems while avoiding cooperation on an equal footing. America’s superpower complex is leading it, step by step, towards self-isolation (as shown by Donald Trump’s policies) and Washington’s gradual transformation into a pariah that only ever tries to push its own agenda and refuses to understand others.

0 thoughts on “US Intelligence Community Pumping Up The Fear”