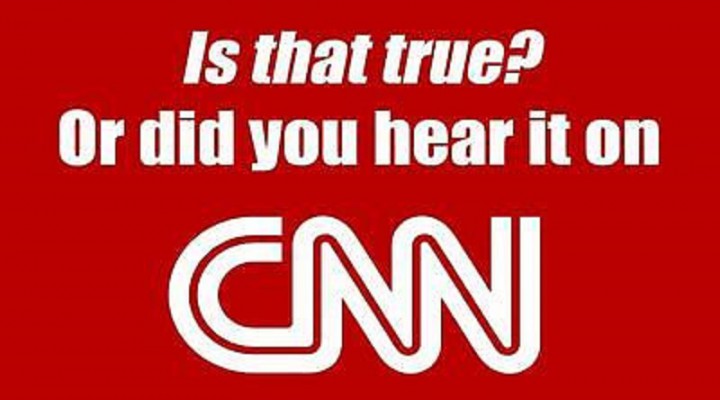 CNN claimed that Chinese President Xi Jinping is struggling to enhance his country’s image abroad due to a combination of so-called “wolf warriors” and the COVID-19 pandemic. In reality, China has developed a “propaganda vaccine” through its fact-based and thought-provoking international outreach efforts that continue to prove its effectiveness by the week in inoculating people from the pernicious impact of information warfare.

The steady improvement of China’s soft power across the world has triggered intense jealousy from CNN as evidenced by one of their latest smear attacks against the country. They published an article last week titled “China Wants To ‘Make Friends’ With The World. But Beijing Can’t Kick Its Wolf Warrior Habits” It claimed that Chinese President Xi Jinping is struggling to enhance his country’s image abroad due to a combination of so-called “wolf warriors” and the COVID-19 pandemic. In reality, China has developed a “propaganda vaccine” through its fact-based and thought-provoking international outreach efforts that continue to prove its effectiveness by the week in inoculating people from the pernicious impact of information warfare.

The first point from CNN’s piece that needs to be debunked is the allegation that “wolf warriors” are a detriment to China’s public diplomacy. This term refers to Chinese patriots and their foreign supporters who passionately defend the country from propaganda attacks and articulate the Chinese Dream of a Community of Common Destiny in an emerging Multipolar World Order. Chinese Foreign Ministry spokesman Zhao Lijian is described as the embodiment of concept, though CNN misportrays him in a negative light. This diplomat is actually a positive role model for anyone across the world who’s sincere about speaking the truth amidst a barrage of never-ending lies. Mr. Zhao inspires others with his natural confidence and familiarity with the facts.

As for the allegation that the COVID-19 pandemic has harmed China’s soft power, that’s also another falsehood peddled by the American media outlet. Unlike the US, China has shared its vaccines widely with the rest of the world, especially the desperate nations of the Global South. This has earned it the respect of hundreds of millions, perhaps soon even billions, of people. Although Western information warfare operatives continue to claim that the virus originated from a Chinese biological laboratory, people are increasingly suspicious about Washington’s motives in pushing this conspiratorial narrative, especially since the US refuses to discuss the safety of its own such facilities like Fort Detrick. This suggests that the US might be hiding something.

Throughout the past years, Chinese media has succeeded in reviving what what have otherwise been the deceased profession of journalism by sticking to factual reporting and only publishing insightful analyses of recent events. The West hijacked this noble profession in order to turn it into a platform for spewing propaganda under the cover of journalism. Very rarely does one read anything entirely factual about China, as the best that they can hope for is a few facts thrown into whatever article they come across in an insincere attempt to add credence to the multiple falsehoods peddled within. This is especially true whenever Western media attempts to meddle in China’s internal affairs, something that China’s media has never done to the West.

Many observers within the West itself proclaimed the advent of the so-called “post-truth era” upon former US President Trump’s victory in the 2016 elections. They put forth the notion that truth no longer matters since all that’s important is the manipulation of the target audience’s perceptions. Although they meant to discredit Trump’s surprising victory, they ironically reported some truth about themselves for the first time in a while. There’s no doubt that Trump was a masterful perception manager back during the days when he was still allowed on social media, but it was those same Western mainstream media outlets that criticized him which perfected these tactics and strategies, thereby setting the precedent that he would then then use against them.

All of this is pertinent to China because the People’s Republic refused to go with the flow and submit to its counterparts’ claims that journalism was dead. It was indeed dying, but it hadn’t passed away just yet, which provided China with the opportunity to revive the profession through a combination of its own media outlets, diplomats, patriotic citizens, and their most passionate supporters abroad. These all came together to create an unquestionable contrast between East and West whereby the former showed that it had successfully picked up the torch from the latter and was keeping the spirit of truth alive during the dark days of the past half-decade. The end effect is that their audience was increasingly inoculated against the West’s information warfare.

This outcome explains why CNN is so upset that President Xi praised his compatriots for their successful efforts over the years and encouraged them to stay the course well into the future. China’s international reputation is rising across the world as the US’ declines, with both of these trends being natural, attributable to their respective soft power strategies, and irreversible. The louder that CNN complains about this, the more desperate it appears to everyone else. The US sacrificed its soft power once and for all through its selfish stance of hoarding vaccines during the COVID-19 pandemic and spewing conspiracy theories about its origins, while China solidified its selfless reputation by sharing vaccines and sticking to the scientific facts about the virus.

0 thoughts on “CNN Is Jealous Of China’s Propaganda Vaccine”