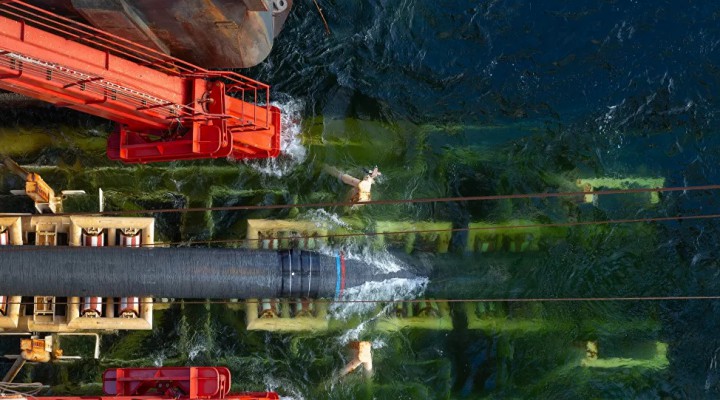 As in most criminal cases, the objective soon emerges to betray motive and perpetrator. And as always the question of who gains is a reliable guide to an investigation.

This week, German authorities are dramatically accusing the Russian government over the alleged poisoning of dissident figure Alexei Navalny who is reportedly still in a coma in a Berlin hospital. Days after Navalny was airlifted to Berlin from Russia last weekend, a German military laboratory claims to have found traces of deadly nerve agent Novichok in his body.

Now on the back of unproven criminal allegations against Moscow, it emerges that German Chancellor Angela Merkel is under renewed pressure to abandon the Nord Stream-2 gas project with Russia.

Senior German lawmakers within Merkel’s governing party are calling for Berlin to ditch the ambitious energy project in retaliation for Navalny’s “attempted murder”. Significantly, these German lawmakers like Norbert Röttgen have been long-time opponents of the Nord Stream-2 pipeline.

The Trump administration and the US Congress have been intensifying political efforts to derail the $11-billion undersea gas pipeline which is more than 90 per cent completed. Secretary of State Mike Pompeo said recently that the US “will do everything” to stop the project being finished.

© SPUTNIK / VALERY MELNIKOV
Alexei Navalny at the session of Russia’s central election commission on 25 December 2017. Navalny had planned to take part in the 2018 presidential election, but the commission said he was ineligible because of a corruption conviction.

Nord Stream-2 is set to double Russian gas supply to Germany. It is a huge strategic deal. Washington has made no secret of its desire to axe the project, having designs to sell its own more expensive gas to the continent of Europe.

Pro-Washington politicians in Germany, Poland and the Baltic states have been lobbying aggressively against energy trade with Russia, due in part to their congenital Russophobia as well as no doubt due to sinecures and sweeteners from Uncle Sam.

The Navalny case comes at an opportune time. Last week, Chancellor Merkel was insisting that Navalny’s illness did not impinge on the economic matter of Nord Stream-2. Then this week, German military intelligence announce they have “unequivocal proof” that Navalny was poisoned with Novichok, a Soviet-era chemical weapon. Now in a blizzard of accusations, the finger of blame is being jabbed at the Kremlin.

And most tellingly, the biggest political repercussion is the peremptory demand for Merkel to abandon Nord Stream-2.

Let’s put events in perspective. When Navalny became ill on a flight to Moscow from Siberia on August 20, the Russian doctors treating him found no traces of poisons in his body, and specifically not organophosphate-type nerve agents, such as Novichok. The Russians assessed that Navalny’s illness was due to a metabolic disorder such as extremely low blood sugar, which would not be implausible if he reportedly suffers from diabetes.

The German medics who treated Navalny when he was flown to Berlin on August 22 also did not detect specific poison agents. They did claim to test positive for cholinesterase inhibitors which replicated what their Russian counterparts had found.

But unlike the Russians who attributed the substances to a wide range of possible legal pharmaceutical drugs, the Berlin medics made the dramatic assertion that they believed a nerve poison was involved.

That initial German claim then appears to have been “confirmed” several days later by a Bundeswehr laboratory which asserts that it detected Novichok in Navalny’s body.

So, either the Russian doctors are telling the truth or the Germans are, having reached radically different conclusions. However, a telling question is why are the Germans not providing the biological samples they claim to have tested positive for Novichok? The Russian medics say they have the original biological samples which, they say, show no traces of nerve poison. Surely, the dispute could be independently resolved if both sides cooperate.

But that’s just it. The German side has refused, pointedly, to engage with the Russian doctors or state prosecutors to establish the cause of Navalny’s apparent illness. Instead, Berlin has rushed to make grave allegations against Moscow along with its Western allies as if in a pre-determined response aimed at incrimination.

Without providing a chain of custody for its sample evidence purportedly showing the use of Novichok against Navalny, then all accusations made by Berlin are null and void, failing basic standards of the due legal process. The onus is on Berlin to substantiate, not on Moscow to answer questions based on innuendo and prejudice.

At this stage in the strange affair the biggest question of who gains points to those politicians on both sides of the Atlantic who have been clamouring to sabotage the Nord Stream-2 gas project.

You fly an “opposition figure” exalted by Western media to Berlin whose body does not initially show traces of poison. Thereafter German military lab tests “find” traces of deadly nerve agent. And there then follows a predictable cacophony to cancel energy trade with Russia. The poison plot seems obvious, and it’s not authored by Moscow.