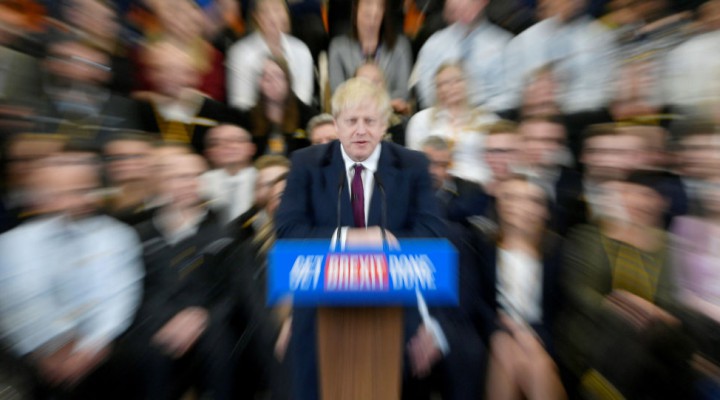 The heart-rending photograph of a little boy forced to sleep rough on a cold hospital floor because of bed shortages in Britain may cost Boris Johnson and his Tory party dearly.

As Britain heads to a general election this week, the forlorn image of a child suffering from pneumonia having to endure appalling discomfort in a major hospital seems to have galvanized voters on the issues that really matter – a national healthcare service in crisis caused by a decade of brutal economic austerity imposed by Conservative governments.

When confronted by a journalist, the British prime minister Boris Johnson repeatedly refused to look at the photograph of the boy (published earlier by the The Mirror newspaper). Instead Johnson rabbited on about how if his party is re-elected his government would throw lots of investment at the National Health Service (NHS).

Few people will buy Johnson’s promises. The Conservatives have been in power since 2010 and during the past 10 years, the crisis in the healthcare system has exploded. It is under-funded by austerity cuts, under-staffed and over-worked, with patients dying from growing waiting times for urgent treatment.

One study released this week by top doctors found that some 5,500 patients across Britain have died prematurely since 2016 because they weren’t given adequate treatment due to bed shortages in hospitals.

The case of four-year-old Jack Williment – the wee boy who had to sleep on a pile of coats on a hospital floor – is just one of thousands. Fortunately for Jack he eventually received treatment to relieve his pneumonia.

For the past three years, British politics have been dominated by the divisive issue of Brexit. Boris Johnson is hoping that his vow to “get Brexit done” will see his party being re-elected with a substantial parliamentary majority this week. He is claiming that as soon as Britain leaves the European Union then the nation will be free to control its finances and boost public services.

But it wasn’t the EU that brought British hospitals to their knees from chronic lack of funding. It was Johnson’s Conservative party that singlehandedly slashed budgets for the health service and other public services. This was done in order to give Britain’s wealthiest even more wealth through tax cuts. Britain is reckoned to have more billionaires per capita than any other country. Just six of these billionaires reportedly have as much wealth as the combined assets of 13.5 million of Britain’s poorest (20 per cent of the population).

Why would Britain being out of the EU suddenly turn that around? It wouldn’t. Because the real problem is one of ideology and in particular the elitist contempt among Johnson’s Conservatives towards the working majority of Britons and the concept of a properly funded welfare state.

Brexit is certainly a divisive issue with the British nation cut in half over whether to leave or remain in the European Union. But surely one thing that can unite most people is the reality of how broken British society is under an ideology of enriching the rich while driving millions into deprivation and poverty.

It is an abomination that in today’s Britain – a country reckoned to have the fifth-largest economy in the world – that children are forced to lie on hospital floors waiting for life-saving medical care. It is a disgrace when hard-pressed doctors and nurses – working under stressful conditions due to lack of government funding – have to prioritize which patients receive care and which don’t. All of them should be given immediate first-class medical treatment.

The longer this election campaign has gone on, the more the British public have begun to see through the Tory bluster and bluffs about “get Brexit done”. Boris Johnson keeps repeating this slogan as if his brain is programmed like a robot.

In recent days, the public mood and polls seem to be shifting away from the Tories. The pro-Tory news media have likewise intensified their smears against Labour leader Jeremy Corbyn, hysterically warning that his “Marxist manifesto” will be ruin Britain. Labour’s manifesto is not Marxist and the only thing it will ruin is the wealth and privileges of Britain’s oligarchy whom the likes of Eton-educated Boris Johnson pander to.

When Johnson refused to look at the pitiful image of the little boy on the hospital floor that was the moment the British public saw the reality of what is at stake in this election – a society in crisis caused by heartless political conmen.

0 thoughts on “One Photo May Doom Tories”