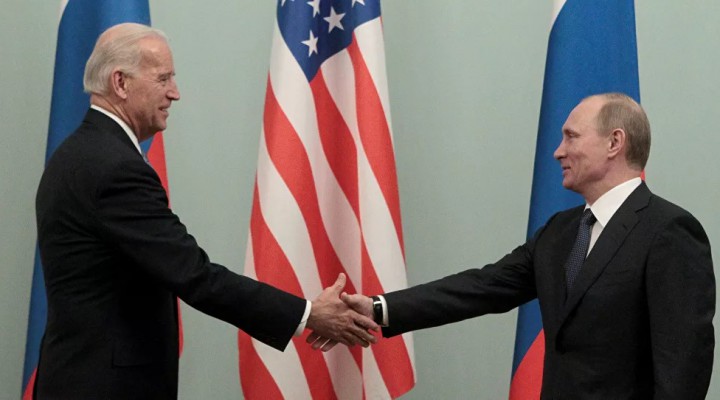 Russia is right to give a cautious welcome to the improved US attitude on display this week. But the watchword is “cautious” because there is a lot more that Washington needs to do in order to rebuild trust.

Bilateral relations have been severely damaged over several years going back to the Obama administration as well as under former President Trump. The Americans are the ones who have largely sabotaged relations, from making false and provocative allegations to wielding sanctions, ripping up arms-control treaties, and issuing personal insults against Russian leader Vladimir Putin.

Just because America’s top diplomat Antony Blinken showed a modicum of decorum this week when he met Russian counterpart Sergei Lavrov at a summit in Iceland does not mean a significant thaw in Washington’s Cold War attitude. Nor does the announcement that the Biden administration is waiving sanctions on the Nord Stream 2 project between Russia and Europe.

© REUTERS / POOL
U.S. Secretary of State Antony Blinken and Russian Foreign Minister Sergey Lavrov gesture as they arrive for a meeting at the Harpa Concert Hall, on the sidelines of the Arctic Council Ministerial summit, in Reykjavik, Iceland, May 19, 2021

We have become so accustomed to arrogant American lecturing that when it stops it almost seems like a breakthrough. It was good that Blinken refrained from the usual American sanctimony and hypocritical hectoring when he met Lavrov this week in Reykjavik for the Arctic Council summit. But such restraint is a basic courtesy.

It was the first high-level meeting between the Biden administration and the Kremlin. Lavrov gave a cautious welcome to what he discerned to be a willingness for future dialogue based on mutual respect between the world’s two nuclear superpowers. Well, time will tell if Blinken’s more businesslike attitude does indeed mark a genuine improvement on Washington’s relentless Russophobia.

As for the US decision to waive sanctions on the Nord Stream 2 project, that is also nothing to praise. It’s about time that Washington desisted from its outrageous bullying and unlawful interference in energy trade between Russia and Europe. Dropping sanctions is not commendable conduct. It is a minimal sign of more reasonable behaviour

There is too a bigger picture to keep in mind when viewing the apparent American overture. That is, the Biden administration’s determination to confront China’s rise as an economic power eclipsing the United States.

© AP PHOTO / ANDY WONG
In this Nov. 9, 2017, file photo, an American flag is flown next to the Chinese national emblem during a welcome ceremony for visiting U.S. President Donald Trump outside the Great Hall of the People in Beijing.

The Biden White House has repeatedly called for allies to coordinate policy on challenging China. Unlike the boorish Trump, Biden knows that he needs to have European allies onboard if the US is to succeed in hampering China.

This is part of a wider American attempt to build international coalitions against China which Biden has embarked on with Australia, India, Japan, South Korea, and other Asia-Pacific nations.

To that end, the US has been fervently mending ties with the European Union by abandoning trade disputes which Trump had instigated. The reason is openly stated as realigning transatlantic relations in order to confront China.

That’s what the move this week to waive sanctions on the Nord Stream 2 gas pipeline seems to be really about. Biden knows he can’t stop the project because Germany – Europe’s economic powerhouse – is adamant about completing it. Rather than antagonizing Germany and other EU members, Washington knows the sanctions are futile and that the priority is to keep European allies aligned on its policy of confronting China.

So why be nice to Russia? This may be a ploy by Washington to split Russia from its strategic partnership with China.

The American foreign policy establishment has been advocating the Biden administration to “wean” Russia away from China in order to make Beijing more vulnerable to US objectives. Articles published by the Atlantic Council (see Toward a new American China Strategy) and the Council on Foreign Relations (see Biden’s Foreign Policy Needs a Course Correction) have called for a reversal of the Nixon-era policy in the 1970s when Washington courted China to undermine the Soviet Union.

Such a ploy seems implausible as a workable tactic given how the Russian and Chinese leaderships have consolidated close relations over the past decade with regard to Eurasian economic development, expanding bilateral trade, and a shared vision of a multipolar world. Presidents Putin and Xi have personal and cordial relations.

Nevertheless, any such warming of relations by Washington towards Moscow must be viewed with scepticism until the American side demonstrates that it is indeed willing to cooperate for genuine beneficial reasons. The Americans have willfully damaged trust and it will take time for that trust to be repaired, if ever.

The suspicion and caution remain that Washington’s belated overtures to Russia are more a gambit for ulterior reasons (China) rather than a genuine effort to normaliыe relations with Moscow.

0 thoughts on “Nicer US Tone to Russia?”