HOME / WORLD / Netanyahu pushes for West Bank annexation in his fight to avoid jail. But he is setting the Middle East on fire 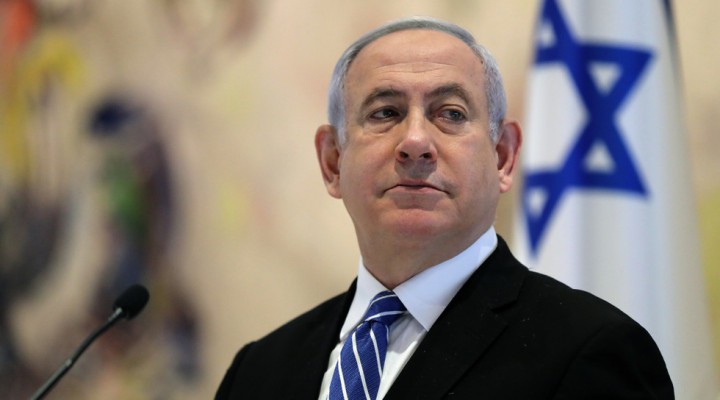 Israeli Prime Minister Benjamin Netanyahu’s reckless push to expand the annexation of Palestinian territory is a gambit to avoid jail over corruption charges. But it could blow up an already volatile Middle East.

Even Israeli security chiefs are increasingly alarmed by Netanyahu’s push to expand the country’s borders.

In a dubious historic first this week, the longest-serving Israeli prime minister also became the country’s first sitting leader to be prosecuted on criminal charges. Arraigned before a court, Netanyahu could barely contain his outrage, denouncing the trial as a “fabrication” by his political enemies to “depose a strong leader.”

If found guilty, the decorated war hero could wind up in jail for 10 years. At 70 years of age, ‘Bibi’ Netanyahu is fighting for his life and the preservation of his political legacy. He has always presumed his political ascent and the glorious fate of Israel to be intertwined.

The day after his infamous court appearance, Netanyahu vowed that his newly formed coalition government will push on with ambitious plans to expand the annexation of Palestinian territory held under Israeli occupation in the West Bank. That plan is to begin on July 1, with the aim of formally extending a third of the contested territory under Israeli sovereignty. It seems more than coincidence that the next court hearing for Netanyahu’s trial is set for July 19.

Netanyahu declared the annexation plan “an historic opportunity” for Israel not to be missed. The so-called “deal of the century” peace plan unveiled by the Trump administration in January has emboldened the Israeli-right wing parties to consolidate their historic take-over of Palestinian lands.

Thus Bibi, the self-styled strongman, is conflating the presumed historic destiny of Israel with his own personal fate. One can anticipate that, as the criminal trial proceeds, so too will Netanyahu’s intensifying of the annexation process as a way of burnishing his public image and aura as the self-anointed savior of Israel.

That’s a dangerous dynamic. Several former Israeli security officials have previously warned Netanyahu against proceeding with annexation. They say Palestinian protests against such a perceived grievous blow to their aspirations for statehood will be uncontrollable. This was underlined by the Palestinian Authority in the West Bank announcing last week that it was cancelling all security arrangements with the Israeli state.

The potential for explosive conflict was highlighted by Jordan’s King Abdullah II, whose country borders Israel to the east. In an interview on May 15 with Der Spiegel, the Jordanian leader said: “If Israel really annexes the West Bank in July, it would lead to a massive conflict with the Hashemite Kingdom of Jordan.”

The alarm has also been sounded by the United Nations and the European Union, each of which view Israeli occupation of Palestinian territories since the 1967 Six-Day War as illegal under international law. Both world bodies have admonished Netanyahu over his annexation plan, while several European leaders have written to him warning that economic sanctions may be imposed. That’s a measure of the concern that the already fractious Middle East region might erupt if Netanyahu proceeds with his “Greater Israel” plan.

Another sign of the looming danger is the unusual pushback from Washington, given its habitual support for Israeli policy. In an editorial, the Washington Post urged restraint by the Israeli government over the “land grab” and outlined several security misgivings for the region.

Democratic presidential contender Joe Biden has also voiced opposition to the annexation plans, even though Biden is a self-proclaimed“Zionist” and “buddy” of Netanyahu.

But, most tellingly, even the Trump administration has balked at Netanyahu’s gung-ho Israeli state expansionism. Previously, President Trump endorsed Israel’s claims on Jerusalem as the sole capital, its incorporation of the Syrian Golan Heights, and the continued building of Israeli settlements on Palestinian land. Trump’s so-called “vision for peace”roadmap gives minimal lip service to negotiations with Palestinians and the recognition of an eventual Palestinian state, but all the while fundamentally green lighting Israel’s annexation of their territory.

It’s a sign of how incendiary the situation is that the normally bullish US Secretary of State Mike Pompeo made an extraordinary visit to Jerusalem on May 13 – amid the coronavirus lockdown – apparently cautioning Netanyahu to “slow down” the plans for Israeli expansion.

The objections from Washington and Europe are hardly based on principles of upholding Palestinian rights. How could they be, after decades of turning blind eyes to systematic violations and injustices by the Israeli state? No, the Americans and Europeans are more cynically motivated by apprehension about the repercussions for regional conflict and their own interests.

Palestinians, and Arab people more widely, have run out of patience over a shambolic decades-long peace process that has been nothing but a charade for relentless, slow-motion dispossession. Netanyahu’s “historic opportunity” to push even further with unlawful annexation could be the final straw that breaks the camel’s back.

However, such a disastrous collision course seems unavoidable. Because it’s tied up with Bibi’s desperation to escape jail and ignominy.

One thought on “Netanyahu pushes for West Bank annexation in his fight to avoid jail. But he is setting the Middle East on fire”