HOME / WORLD / Kick in the Baltics for Peace

Kick in the Baltics for Peace 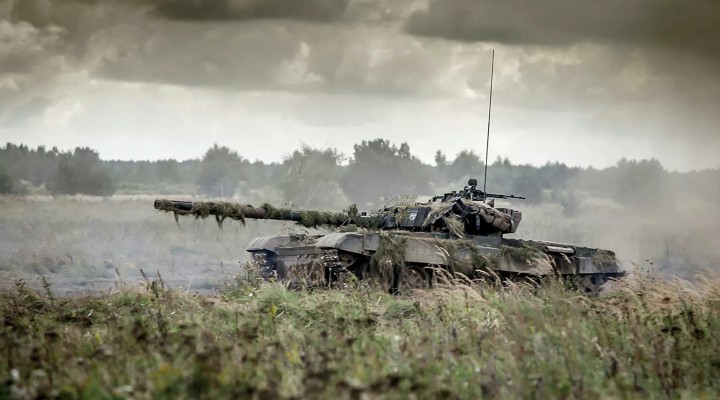 There’s a sound reason why Russia insists on a buffer zone of non-NATO countries on its borders. Because some of its neighbors are so unhinged in their Russophobia, it would be irresponsible to see them weaponized.

This week it is reported that Baltic states are seeking to have more NATO troops and weapons stationed on their territories, according to Estonia’s Prime Minister Kaja Kallas.

That means potentially more American, German and British warplanes and tanks massing on the border with Russia than there are already. This militarization of the Baltics by NATO is partly the reason why Russia is demanding new security arrangements in Europe involving a rollback of the US-led military alliance from its borders.

And just when those negotiations are underway this week, the Baltic states are pushing for more NATO militarization.

It is therefore not unreasonable for Moscow to expect some kind of legal treaty whereby NATO strike weapons are excluded from neighboring states. Especially when those states are irresponsible and irrational in their disregard for maintaining peace.

The Russophobia of the Baltic states, as with Poland and certain factions within Ukraine, is an endemic mentality. It stems in part from their own feeling of guilt from collaboration with Nazi Germany during the Second World War. Sometimes, it’s not even guilt. The Baltic countries and Ukraine venerate local figures who were active in oiling the Nazi war machine.

There is also deep resentment that the Soviet Red Army liberated their countries from the fascist genocide that they were complicit in.

Now, of course, the United States and other European members of NATO no doubt knew full well that the admission of these countries into the ranks of the alliance would inevitably intensify the Russophobia of the overall military bloc.

The eastward expansion of NATO is deliberately aimed at destabilizing Russia and making sure that Moscow is hampered by existential security concerns. Proclamations of peaceful intent are risible and contemptible. If NATO is peaceful towards Russia then why does it churn out position papers declaring Russia as an enemy?

That is why Russia has reason on its side over its insistence that NATO halt its eastward encroachment on its territory. Potential new members of the alliance can be engineered by regime change machinations to harbor reactionary Russophobia.

The problem too becomes one of uncontrollable blowback for the United States and the rest of Europe. Arguably, Washington and the major European powers do not want an all-out war with Russia. Such a war would almost certainly escalate into an un-winnable nuclear conflagration.

The trouble is when Russophobic reactionary elements are allowed into NATO, and the European Union for that matter, then it becomes very difficult to control the level of destabilization. The entire bloc becomes hostage to the reactionary mindset of the minority. The tail begins to wag the dog.

We see this vividly with the Baltic states and Poland and their incessant claims that Russia is an aggressor. These states want more US missiles and NATO troops on their territory due to their obsessive paranoid enmity towards Russia. And the Americans are all too willing to indulge this obsession in order to furnish mega-profits to the US military-industrial complex.

The same Cold War mentality plays out towards China too. The Baltic states are damaging strategic commercial relations between the European Union and Beijing all because of some notion of opposing communist China. It’s a ludicrous situation whereby German exports to China may be jeopardized by reactionary politicians in the Baltics.

The reactionary minions of Europe would also deny the rest of the continent a vital supply of affordable Russian gas and oil to heat homes and keep inflationary costs down.

But in the case of Russia, the European crazies in NATO seem willing to take a Cold War all the way to Hot War.

This is why Russia is absolutely right to insist that there must be a limit to NATO expansion and indeed a rollback to the 1997 configuration of strike forces beyond the Baltics. Despite what the Americans and their flunkey NATO chief Jens Stoltenberg say, Moscow should have a veto over what nations they admit to their ranks. Because some of those nations are susceptible to politics that are deranged in Russophobia and are a very real danger to peace.

0 thoughts on “Kick in the Baltics for Peace”