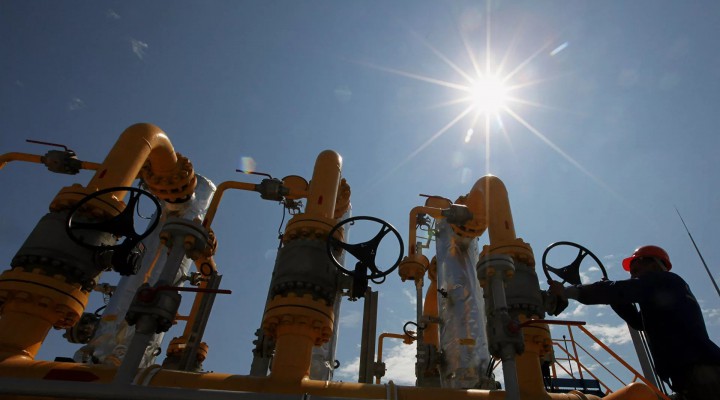 Amos Hochstein, an energy official at the US State Department, said there was deep concern about Europe not being to keep warm this winter because of “inexplicably low supplies of gas from Russia”. The sinister implication being that Moscow was for reason deliberately shutting down exports to boost prices.

Meanwhile, Britain’s Guardian newspaper sought to explain the energy crisis hitting Europe – which has seen prices soar by 250 percent in recent weeks – as partly due to “Russia’s games”. It reported: “As shipments of gas have turned from Europe towards China, flows of pipeline gas to Europe from Russia have failed to make up the shortfall”.
That’s hardly “games”. It’s called the prerogative to supply your product to meet market demand.

Never mind that it was acknowledged that Russia’s state-owned Gazprom had fulfilled its contractual obligations to meet European demand. And never mind that the company’s chief executive Alexey Miller has said it is willing to increase supply quotas if requested.

The fact is that Europe would not be in the energy market mess that it currently is in if the Nord Stream 2 gas project had been completed on time without the inordinate delays caused by US sanctions and the bickering Russophobia of Poland and the Baltic states.

The €9.5 billion, 1,222-kilometer pipeline, which will pump natural gas from Russia to Germany and the rest of Europe, lost a year in construction due to American sanctions. In December 2019, the Swiss-Dutch pipe-laying company AllSeas pulled out under threat of sanctions from the Trump administration. Twelve months later, Russian pipe-laying ships took over the task and finally completed the project earlier this month.

But a whole year was cut from scheduled supply because of Washington’s political and economic bullying over what is a sovereign matter of EU energy trade, with US administrations claiming that Russia would abuse gas supply as a geopolitical weapon against Europe. Who is abusing whom?

Gas industry analysts reckon that if Nord Stream 2 were operating right now there would be no supply crunch in Europe. There would be no grim forecasts of freezing households and power outages for rationing dwindling storage stocks.So what’s the hold-up? Gazprom says it is ready to open the Nord Stream 2 pipeline which would double the supply capacity to Europe. But EU regulators are still deliberating over giving the go-ahead to commissioning the new supply route. That regulatory obstacle may take four months to overcome by which time Europe will be plunged into sub-zero temperatures.

Then there is still the looming threat of US sanctions. The Biden administration has appeared to relent on opposing the project, at one stage admitting it is unstoppable. However, Hochstein, the State Department energy official cited above, maintains that President Biden is still opposed to Nord Stream 2 and that “no sanctions have been lifted”. There may be no new sanctions under Biden, but there are still economic restrictions against Nord Stream 2 on the books.

Washington also wants Russia to increase gas supplies over the transit route through Ukraine. So, let’s get that straight shall we. Give a Russian-hating regime in Kiev millions of more dollars in transit fees while this regime is waging a criminal war against ethnic Russian people in Eastern Ukraine? Instead of maybe just opening up Nord Stream 2?

This inevitably adds uncertainty to what should be a straightforward market issue of supply and demand. Russia is able to supply and Europe has a growing desperate need. It’s a matter of turning on the switch. Problem solved.

It’s the Americans and bumbling European bureaucrats who are the ones playing games over a vital public need. Hundreds of millions of households across Europe are fretting and potentially freezing over something that should not even be an issue – the abundant supply of affordable Russian gas to customers who need it. Politics, prejudice and, dare we say, Russophobia are distorting normal economics.

Still, the culprits can’t help twisting the sorry tale into a morality play blaming “evil Russians”. Such a gas!

One thought on “It’s a Gas!… Russia Blamed for Europe’s Fuel Crisis”