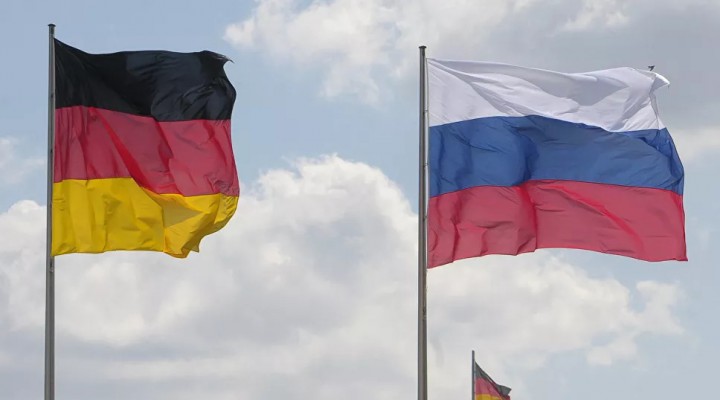 German media reported this week that Germany is the “most-targeted European Union member for Russian disinformation”.

Apart from the sensational headlines, there is actually very little substantiating detail to back up the provocative claim.

The source of the allegations of Russian disinformation is an EU media monitoring group called EUvsDisinfo, which claims it has identified a “systematic campaign against Germany” allegedly run by the Kremlin.

The Russian government and media have repeatedly rejected accusations of interference in other states’ internal affairs.

Again, when you parse the German media source’s supposedly investigative study there is little in the way of substance. It’s laden with grave claims of “Russia aggression” but light on evidence.

EUvsDisinfo claims to have identified over 700 fake Russian media stories targeting Germany over a five-year period. It only cites a few though, including a story about a Russian family being harassed by German authorities over their children’s welfare; and Russian media reports claiming Alexei Navalny’s wife has dual citizenship and may be working with German state intelligence. Hardly stuff that would knock your socks off or bring state institutions crashing down.

Curiously, the EU media monitor speculates that the German-related stories may be intended for a “domestic audience”, that is for people living in Russia.

The report says: “Most of the topics mentioned above have not been exploited in Russia’s channels in German: neither RT, nor Sputnik have chosen to report on ‘Germany’s oppression of Russians’ or on the ‘Spy Story’ or even Ms Navalnaya’s citizenship.”

So, the media analysts at EUvsDisinfo acknowledge that Russian media based in Germany have not reported on the above stories. How then is Russian disinformation targeting Germany if Russian media channels are not running supposedly harmful stories for German audiences?

The EUvsDisinfo analysts resort to paranoia by speculating that this is sneaky Russian “doublespeak”.

“But Russia’s doublespeak is a systematic and deliberate approach. It intends to create uncertainty, sow discord; give Russian officials room for manoeuvre. Germany can be played against other EU Member States, against the EU itself, against other countries…” it conjectures rather desperately.

The whole affair smacks of a put-up job. Elements within the EU administration routinely accuse Russia of disinformation and interference and this latest study looks like a contrived effort to lend some credibility to that ropy narrative.

Similarly, the German tabloid newspaper Bild ran a sensational report this week claiming that RT is on orders from the Kremlin to spy on Germany. Once again, typically, the shock and awe headline, however, does not stand up from the flimsy details reported. (The tabloid might consider renaming itself “Bilge”.)

Paradoxically, it is the EU and German media which are far more guilty of peddling disinformation against Russia, than the other way around.

In the EUvsDisinfo “study”, it is casually asserted without any evidence that Russia is conducting aggressive acts such as the “attempted assassination” of former spy Sergei Skripal and blogger-fraudster Alexei Navalny; the “annexation of Crimea”; the “shooting down of MH17”, among other alleged malign incidents. All these incidents are dubious, unproven and strongly contestable in a way that absolves Russia from any wrong-doing. Yet, the EU media monitor has no qualms about reeling off assertions as if they are facts beyond dispute in such a way that is highly defamatory and in breach of due process or diplomatic protocol. Who is the real victim of disinformation? Sounds like Russia is way more the target than Germany.

If the EU and German media were so concerned about false claims poisoning public perception, they would be better highlighting constant American media disinformation about the Nord Steam 2 gas pipeline being a ploy by Russia to dominate Germany and Europe; or American media disinformation relentlessly claiming without evidence that Russia is meddling in internal politics when it was the American NSA that tapped the personal phone calls of German Chancellor Angela Merkel.

Germany, and Europe more generally, has been the target of mind-numbing American disinformation for decades in order for Washington to keep the Europeans in a subordinate role as deranged lackeys in spite of their best interests being to have normal relations with Russia.

German Foreign Minister Heiko Maas this week said he wanted to align Germany more with the United States to apply sanctions on Russia (and China). Say no more, case rested.

One thought on “Germany a Russian Disinfo Target?”