Covid End of US Empire? 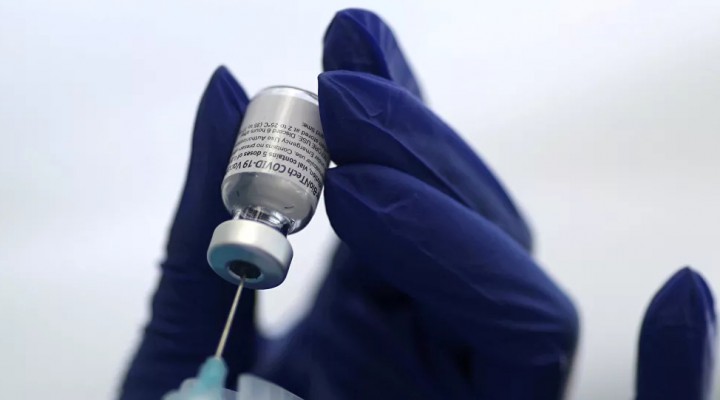 The United States is facing perfect storm conditions for the grueling continuation of the Covid-19 pandemic. The long-term economic impact could hasten the end of its global power as we know it.

Infections, hospitalizations and deaths are on the rise again – as they are in other capitalist states. But the outlook for the U.S. is uniquely bleak.

Already, the US has the shameful title of having the world’s biggest death toll from the novel coronavirus SARS-CoV-2 and its disease Covid-19. At over 630,000 deaths, that represent nearly 15 percent of the world’s total. Despite a relatively high level of vaccination (50 percent of the population), the disease appears to be resurgent.

The problem for the United States is the dominance of capitalist imperatives over social policy which prevents a coherent, effective public health strategy. The imperative of private profit is also present in European nations, but to a lesser extent compared with the US. Britain is probably closer to the US than any other European country in its compliance with capitalist interests, and it is no coincidence that Britain has the worst Covid-19 mortality in Europe, despite having a high rate of vaccination.

Compliance with capitalist interests prevents a proven policy of containing and eradicating the Covid-19 virus. That policy is best seen in practice in China where the government implements strict lockdowns, travel restrictions, widespread testing, rapid tracing of infections, masking-wearing in public, and mass vaccination. However, that policy is made feasible because China’s socialist system provides the public resources to enable compliance. Public health is the priority, not commercial interests.

By contrast, in the United States, the public is largely expected to bear the costs of lockdowns, long-term unemployment and general living costs. With an over-reliance on vaccination alone, the Biden administration is declaring the end of lockdowns, social distancing and wearing of masks. Government aid for the unemployed and rental assistance for families is being terminated.

Workers are being forced back to workplaces and schools are being reopened in total denial of the epidemiological scientific advice to maintain isolation. Why? Because of the imperative for capitalist businesses to resume profit-making. And of course, without adequate government support to laid-off workers, many millions of citizens are frustrated by the need to get back to work.

© REUTERS / ANDREW KELLY
People in masks stand on the observation deck of the Empire State Building during the outbreak of the coronavirus disease (COVID-19) in New York City, U.S.

Another distinctive problem for the United States – and to lesser extent European states – is the inordinate level of misinformation. Millions of Americans believe that there is no pandemic. Despite the death toll and prevalent sickness, it is incredible that so many people are convinced that the pandemic phenomenon is all a hoax. Such a view is particularly popular among Trump supporters and US Republicans who hold the outlandish conspiratorial belief that it’s all a giant ruse to take away individual liberty, impose a “Grand Reset” and a “fascist liberal tyranny” (what a discombobulation!).

This kind of unscientific conspiracy delusion feeds into other irrational convictions that are opposed to wearing face masks in public or against the administering of vaccines. Irresponsible pundits and media commentators especially on the right-wing Murdoch outlets Fox and Sky promulgate anti-vaccination theories that are deterring large sections of the population from taking up inoculation. Some of the wilder fringes actually believe that vaccines will turn us into zombies as in the horror film, I Am Legend. Then these same pundits talk about the danger of “Covid civil war” breaking out. Well, they have helped create an atmosphere of confusion, fear, ignorance and distrust.

The United States is doomed. In its private-profit-driving society, all basic measures of public health management are confounded. On top of this, the level of misinformation and misdirection also further thwarts a rational plan to contain the pandemic. That is why we are seeing a grave resurgence in the pandemic across the United States. By failing to contain the disease, the perfect storm conditions in the US make for the emergence of new deadlier variants of Covid-19. The biggest worry is that the existing vaccines will no longer be effective against a newer virulent strain of the virus.

Millennia of history attest that deadly plagues have altered the course of history and have even wiped out civilizations.

For most of the past century, many observers have pondered on whether the United States and its global imperial power would be taken down through war with a geopolitical rival such as the Soviet Union or more recently Russia and China.

Then along comes an invisible danger, a virus, that is ripping through the United States in a way not foreseen. And the vulnerability of the US is all down to its own internal failings as a capitalist society saturated with misinformation.

They Killed People for Vaccine Profits

0 thoughts on “Covid End of US Empire?”