HOME / WORLD / Betrayal and Deception: Syria Is a Prime Example of US Foreign Policy 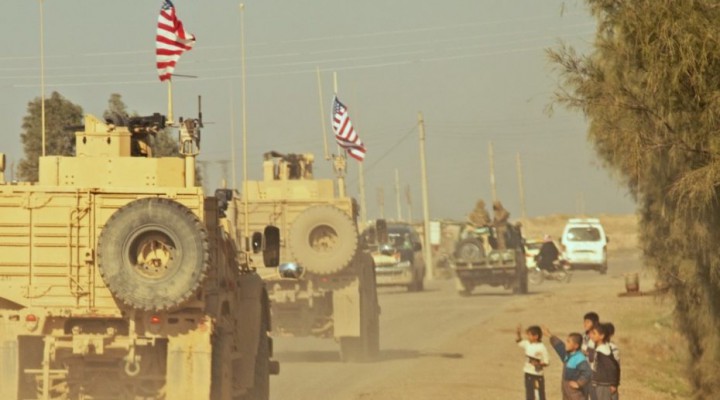 Trump’s main problem lies in the long-term damage his actions and statements may do to the credibility of the US empire.

Trump announced the withdrawal of US troops who had been protecting the SDF (Syrian democratic forces) in the northeast of Syria, prompting Kurdish leadership and the Damascus governed to strike a deal allowing Syrian Arab Army to retake control of the border with Turkey after nearly six years.

With the US troops withdrawn numbering around 150 to 200 (out of the 2,000 to 3,000 illegally squatting in Syria), it is understood that Trump’s decision is for reasons other than those stated.

The primary impression Trump wishes to convey to his voters is that of keeping his electoral promises, including that of defeating ISIS in Syria, meaning that US troops can now come back home.

Although it is clear (at least to those not under the sway of the mainstream media) that ISIS has not been completely defeated and that the US never really fought against the Caliphate, the impression is nevertheless conveyed that the “Winner-in-Chief” has triumphed and is bringing home the boys.

Given that the deep state retains ultimate control of US foreign policy, Trump is allowed to do and say what he wants – provided it is only within the confines of his media playpen, safe in the knowledge that his motivations are purely electoral and not really aimed and upending the foreign-policy consensus of the US establishment.

If we look beyond Trump’s histrionics, we can see that the US deep state continues its illegal stay in Syria, with Trump in reality having no intention of opposing the military-industrial complex (indeed often appointing its members to serve in his administration), with these two parties finding a common point of agreement in the alleged threat posed by Iran.

US troops will only shift near Iraq, looking at disrupting any form of cooperation between Baghdad, Damascus and Tehran.

Trump’s Saudi and Israeli allies in the region have long been conspiring with the Pentagon to bring down the Islamic Republic of Iran.

That said, the possibility of war with Iran does not align well with Trump’s focus on securing a second term. In any such war, Israel and Saudi Arabia would bear the brunt of hostilities, making pointless their support for Trump. The price of oil would rise sharply, throwing the financial markets into chaos; and all this would conspire to ensure that Trump lost the 2020 election. Trump, therefore, has nothing to gain from war and will prefer dialogue and negotiation with the likes of North Korea, even if it does not bear much fruit.

Trump’s main problem lies in the long-term damage his actions and statements may do to the credibility of the US empire. The photo-op with Kim was criticized by many in mainstream media for giving credibility to a “dictator”. But the anger of the military and intelligence community really lay in leaving Washington with nowhere to go after Trump’s threats of annihilation only led to negotiations that did not go anywhere.

I have previously written about the effectiveness of Pyongyang’s nuclear and conventional deterrence, something well known to US policy makers, making them careful to avoid exposing themselves too much such that Pyongyang calls their bluff, thereby revealing to the world that Washington’s bark is worse than its bite. To avoid such an embarrassing situation, Obama and his predecessors were always careful to refuse to meet with the North Korean leader.

The United States bases much of its military strength on the display of power, advertising its theoretical ability to annihilate anyone anywhere. By North Korea calling its bluff and revealing that the most powerful country in the world cannot in actual fact attack it, the projected image of American invincibility is thus punctured.

Similarly, when Trump announced the withdrawal of US troops from the northeast of Syria (quickly downsized by the Pentagon), and above all gave the green light to Turkey to occupy the area vacated, the political establishment and mainstream media swung into action to dissuade Trump from communicating to the world that America does not stick with its allies. Even Fox News, now siding with the Democrats, started giving wide coverage to Trump’s impeachment story, inviting in the process an angry Twitter response from Trump.

Trump is of course more than aware that a complete US withdrawal from Syria would go against the interests of Riyadh and Tel Aviv, those who actually have an influence on him.

Turkey’s aspirations to occupy the northeast Syria are part of Erdogan’s strategy to improve negotiating positions with Damascus and Moscow with regard to the jihadists in Idlib. Erdogan hopes to be able to annex Syrian territory and fill them with the jihadists and their families who lost the war in Syria and who otherwise pose the security risk of invading Turkey from Idlib. Erdogan seems to have come to some kind of understanding with the US, which has hitherto been the protector of the SDF.

Erdogan and Trump didn’t seem to consider the possibility of the SDF and Damascus finding common ground, but this is exactly what happened.

The Syrian Arab Army is now in the North East of the country, protecting its borders against an invading army. Russia and Iran will try and convince Erdogan to downplay the operation in exchange for some sort of arrangement regarding Idlib. The Syrian government in the near future should be able to take back the rich oil fields, boosting its economy.

Turkey and the US have have for years armed and financed terrorism in the region, as have Qatar and Saudi Arabia (in spite of their ideological differences). Even the Syrian Democratic Forces (SDF) were involved in the destabilization of Syria.

All this chaos is ultimately supervised and directed by the United States, which has for years been coordinating in the region color revolutions, the Arab Spring, and proxy wars. Any other interpretation of events would be disingenuous and untruthful.

The withdrawal of US troops from Syria simply reinforces Damascus’s position as the only legitimate authority in Syria, undermines confidence of European allies in the US, and emphasizes the consistency of Moscow’s actions, which has always been opposed to Washington’s chaotic actions in the region.

Amidst this generalized chaos and confusion, Russia, Iran and Syria are trying to put the house back in order again, which includes the international system where sovereign states are respected.

The unipolarists have been suffering pronounced setbacks of late. The expensive air-defense systems of the United States were shown by the Houthis in the last month to be rather ineffectual; Saudi troops soon after this suffered a humiliating defeat in the south of their own country; Washington saw its high-tech drone shot down by Iran; and numerous European and Middle Eastern allies have lost faith in the US, as they watch factions fighting with each other over control for US foreign policy

The US is the victim of a unipolar world order onto which it desperately hangs without any thought of letting go, even as the rest of the world inexorably moves towards a multipolar world order, one that becomes ever more difficult to subdue with every waking day.

0 thoughts on “Betrayal and Deception: Syria Is a Prime Example of US Foreign Policy”