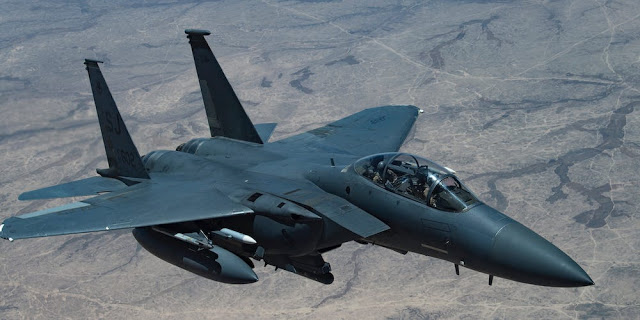 As spectacular and indicative of America’s sinking fortunes in Syria as its bombing of its own military base in northern Syria was – it is also an indicator of something else much more sinister.

CNN in its article, “US conducts airstrike on weapons storage site as troops pull out of Syria,” notes that (emphasis added):

“On Oct. 16, after all Coalition personnel and essential tactical equipment departed, two Coalition F-15Es successfully conducted a pre-planned precision airstrike at the Lafarge Cement Factory to destroy an ammunition cache, and reduce the facility’s military usefulness,” US Army Col. Myles Caggins, a spokesman for the US-led military coalition fighting ISIS, confirmed in a statement Wednesday.

And indeed the airstrike eliminated the facility’s military usefulness once and for all.

Larfarge Facility Served ISIS, then US Occupation of Syrian Territory

Missing from CNN’s article was the long and dubious backstory of the Lafarge facility.

In a 2018 Guardian article titled, “Lafarge charged with complicity in Syria crimes against humanity,” it was reported that the company had paid terrorists including members of the so-called “Islamic State” (ISIS) millions of Euros in protection money, bought supplies from them, and may even have sold cement to them.

The French cement giant Lafarge was charged on Thursday with complicity in crimes against humanity and financing terrorists, for allegedly paying millions to jihadists, including the Islamic State group, to keep a factory open in war-torn Syria.

A source close to the inquiry said investigators also suspected that Lafarge sold cement to Isis.

Worse still – as early as 2014 the French government was in contact with Washington in a bid to have the facility spared despite its central role in aiding, abetting, and providing material support to ISIS and other terrorist organizations in Syria. 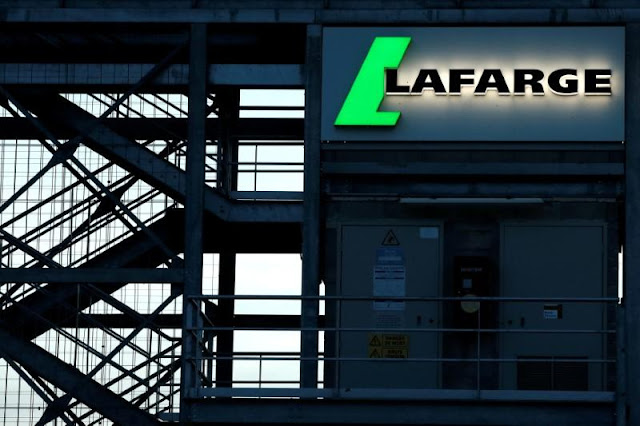 A 2018 Reuters article titled, “Exclusive: France asked U.S. not to bomb Lafarge factory in Syria in 2014 – emails,” would admit:

France asked the United States in 2014 not to bomb a Lafarge cement plant in northern Syria, an area which was at the time controlled by Islamic State, emails that are part of an investigation into the company’s Syria operations show.

While Reuters attempts to question whether or not the US knew the facility was aiding and abetting terrorist organizations it is inconceivable that Washington would be unable to unlock the “mystery” as to how a Western corporation was still able to do business in the heart of ISIS-occupied territory.

#VideoNorth-Press reporter from inside the French #Lafarge Company, which was a main base for the Global Coalition on the international road west of #Ein_Issa city 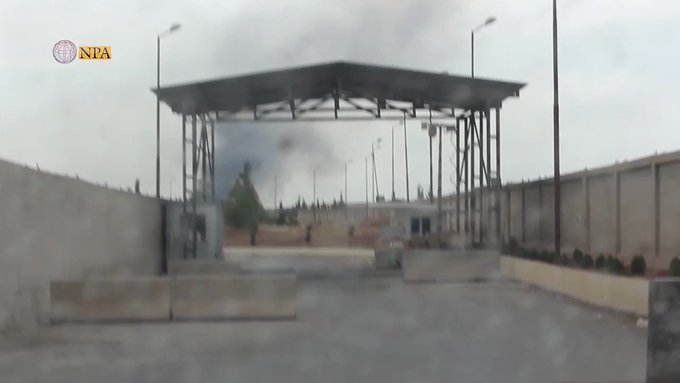 83 people are talking about this

With ISIS mostly defeated where the facility is located and with Syrian forces prepared to retake the area it is located in – only then did the US decide to eliminate the facility after serving for years – first in support of US-backed terrorists – then the US’ own illegal occupation of Syrian territory.

While documented evidence ranging from the US’ own Defense Intelligence Agency to leaked e-mails written by former US Secretary of State Hillary Clinton confirms the rise of Al Qaeda and ISIS in Syria was the result of extensive and deliberate state-backing from the US, Turkey, Saudi Arabia, and Qatar – the fact that the US only destroyed a facility serving ISIS and Al Qaeda when it became clear it would never be able to be used by them again – adds further light to the truth of Washington’s deliberate and central role in engineering, executing, and perpetuating the devastating war in Syria.

Adding insult to injury is the fact that forces taking over where Lafarge’s facility was located will undoubtedly be tasked with fighting the remnants of or state-sponsored resurgence of ISIS and Al Qaeda in the near future – minus a key facility that would have helped them do so.

From the beginning of the conflict when the French government refused to have a facility destroyed it and its US allies knew was aiding and abetting terrorists – to America’s destruction of the facility to deny its and the surrounding base’s resources to Syrian forces tasked with preventing ISIS and Al Qaeda’s resurgence – the facility is a symbol of the West’s malicious and insidious state-sponsorship of terrorism in their failed proxy war against Damascus.