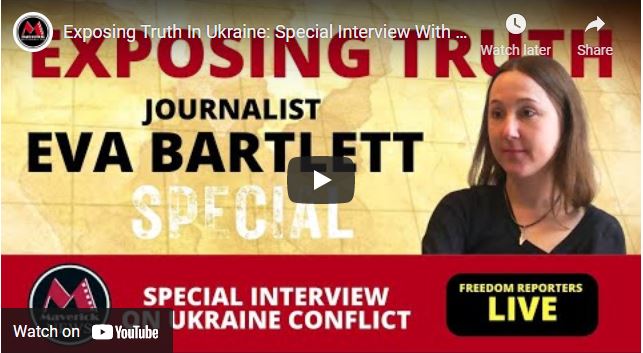 Eva is a Canadian citizen and accomplished journalist who has conflicts in the Middle East including Syria, Palestine and now Ukraine. Her reports are exposing propaganda, and as a result she is now listed on a Ukrainian “Hit List” that puts her life in danger.

In this interview with Rick Walker on the Maverick News Channel Eva Bartlett discusses the NAZI battalions which are part of the Ukrainian Military,

The escalation of the Ukrainian conflict, and the “hit list” of journalists, artists, and others that is being ignored by countries that continue to send weapons along with money to finance the war in Ukraine.

An open letter to the American people, as Russia celebrates its WW2 victory over the Nazis

0 thoughts on “Exposing Truth In Ukraine”