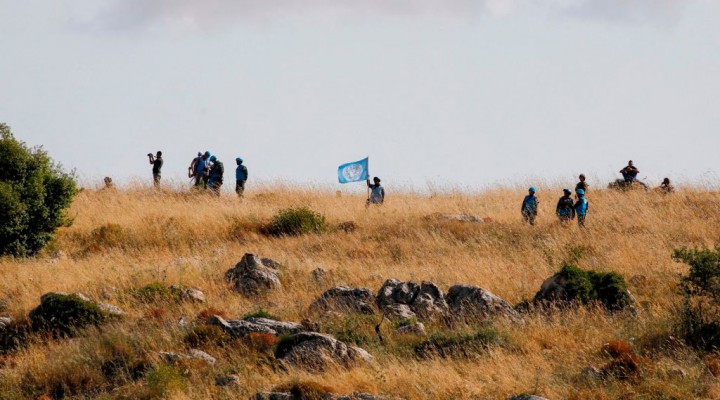 The US had threatened to withdraw its annual financial support of $135 million (27% of the $500 million annual costs) for the 10,000 UNIFIL men deployed in Lebanon unless its mandate was strengthened. The US, at the request of Israel, asked to see the UNIFIL forces disarm Hezbollah and evacuate arms depots in the south of Lebanon. But above all, the US wanted UNIFIL troops to evaluate and inform Israel of the deployment and the accurate location of Hezbollah’s highly trained and experienced Special Operation Forces, called the “Ridwan”, spread along the borders facing the Israeli army. However, this US-Israeli wishful thinking has not been gratified. A series of disappointing events has thwarted Israel-US objectives: the Special Tribunal verdict on the assassination of the former Prime Minister Rafik Hariri was considered unsatisfactory by a number of pro-US Lebanese at the time when a (failed) coup d’état was being prepared against the government, the parliament and President Michel Aoun. So what will be the fate of UNIFIL in Lebanon?

The assassination of former Prime Minister Rafik Hariri in 2005 was followed by a Lebanese domestic uprising against the “Axis of Resistance” and paved the way for the second Israeli war of July 2006, which failed to achieve its objectives. In fact, in 2006, Israel was supported by several Gulf countries led by Saudi Arabia and also by Lebanese political leaders acting as US-proxies, with the aim of fulfilling Israel’s wish to disarm Hezbollah. However, the assassination of Hariri did result in the exit of Syrian forces from Lebanon.

The failure to disarm Hezbollah was followed by another attempt to weaken the organisation when Israel assassinated Hajj Imad Mughnniyah in February 2008. Mughnniyah was Hezbollah’s military commander and the deputy leader of the Jihadi Military Council headed by Sayyed Hassan Nasrallah – Secretary General of “Hezbollah”. However, these assassination tactics did not achieve the hoped for result, and they remind us that attacks against leaders of jihadist organisations can never be an effective way to defeat ideologically motivated groups, especially a highly driven one such as Hezbollah.

A few months later in the same year 2008, US loyalists in Lebanon – led by communication minister Marwan Hamadé, Prime Minister Fouad Siniora and Druse leader Walid Jumblat – decided to help the US and Israel by attempting to remove the private and closed-circuit fibre-optic communication system used by Hezbollah, which represented the backbone of its “command and control”.  The aim – as revealed by Wikileaks which published secret cables between the US embassy and Lebanese officials – was to cripple Hezbollah’s secret communication system, reveal Hezbollah’s secret locations and blinker it in the event of another war. In fact, during the second war in 2006, Hezbollah demonstrated its ability to communicate in a time of war in spite of total Israeli control over Lebanese cellular communications and their eavesdropping access to landlines. This control, had it been successful, would have identified the origin and location of communications and could subsequently identify and target all offices, warehouses, leaders and individuals in Hezbollah.

Hezbollah responded a month later by occupying Beirut with an uprising – a few hours in which it imposed its red lines after it had warned against harming it, treating it as a “declaration of war”, information revealed by documented correspondence between the US embassy in Lebanon and Washington. The pro-US side, motivated by financial rewards, was caught in Hezbollah’s blitz attack, in dozens of apartments, armed to the teeth but without the will to fight back. These Lebanese men were brought to the capital, weeks before Hezbollah’s attack, from different parts of Lebanon, in anticipation of the day they might create domestic clashes and flex their muscles against Hezbollah.

These international and domestic attempts to disarm and weaken Hezbollah expanded particularly when information emerged about the sophisticated weapons it possessed and the danger the groups represented to Israel. The next step was the Syrian war that began in 2011, in which President Bashar al-Assad’s opponents promised from the first days that their next destination would be Lebanon; to cut off the road to Hezbollah’s military financing and armed supply that passed through Syria’s airport and ports.

The 2006 United Nations Security Council Resolution 1701 gave the authority to UNIFIL, with the support of the Lebanese army and its government, to inspect any suspect contents of shipments arriving in Lebanon to ensure that they did not carry weapons or ammunition to Hezbollah. Consequently, Hezbollah received its military equipment via Syria, its only remaining supply line. The overall failure of the campaign to turn Syria into a “failed state” pushed the US to direct its efforts towards economic sanctions on Iran – the main

The Resistance vs Israel 2006 – who has the upper hand 14 years later?

US-Israel meeting: When is the Hezbollah response expected?

How Hezbollah will hit Israel: Is general war an option?

Hezbollah, the source of all troubles in Lebanon and the Middle East